Stana Katic on travel, love and her nonconformist attitude

The Canadian-born star of the TV show Castle is not your typical Hollywood actress. She combines brains, brawn and beauty – and is totally down-to-earth 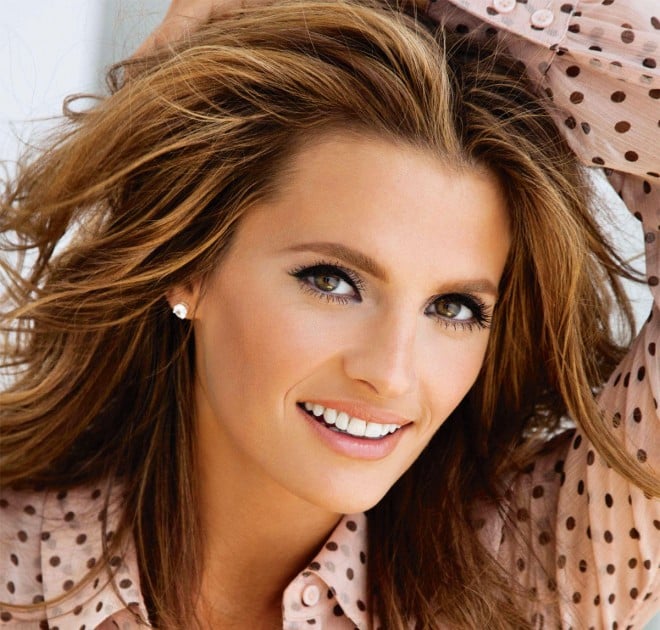 “I’m not a believer in balance,” says Stana (pronounced STAH-na) Katic. “I know a lot of people who are philosophers and they sit by the river and talk about what that underwater world might look like. And I’ll say, ‘Dive in, man, and go and see it. Swim around. You’ll be okay.’”

This carpe diem attitude explains why the 33-year-old’s resumé reads like it could be that of an MI5 agent: She’s skilled in fencing, scuba diving, archery, falconry and horseback riding, and she’s studied martial arts. She’s fluent in Serbian, French, English and Italian. She even learned Navy Seal knifing techniques for her role as a Russian assassin in the 2008 film Stiletto.

Stana credits her spirit and wanderlust to her parents, immigrants from the former Yugoslavia, who came to North America with nothing. They moved to Hamilton, Ont., where Stana was born, and eventually settled in Chicago and “built an empire of sorts with their furniture business,” she says. “They got my five siblings and me educated – piano, ballet, karate – well travelled and excited about the world. There was a level of respect for the planet in general. It was part of our upbringing.”

That hasn’t disappeared. Last summer Stana went on a two-week holiday to Mongolia, where she donned traditional clothes, learned a few words of Khalkha (the official language), slept in a yurt and rode a camel through the Gobi Desert. She loved the solitude. “It doesn’t get a lot of tourists,” she deadpans. That adventurous jaunt to Central Asia sums up Stana’s personality: She isn’t your cookie-cutter Hollywood type.

Her latest cause is the Alternative Travel Project. “California’s supposed to be an eco-friendly state and we’re doing a rotten job of it in L.A.,” she says. Her ambition was to encourage viewers and fans of Castle to leave their cars at home and find other ways to commute. For seven days over a month, she walked 40 minutes, rode her bike or took public transit to the set in a city where people rarely travel anywhere by foot. “I was exercising while I was doing it. And I was engaging with the community, too!”

Stana says seeing the world through “Canadian eyeballs” helped cultivate her nonconformist attitude. In 1997, she enrolled at the University of Toronto in international relations, economics and pre-law. “I thought I could save the world,” she says. “What’s promoted in the States is assimilation, whereas in Canada, it’s multiculturalism,” says Stana. “That mosaic mentality allows for an appreciation of an individual’s culture and history.” She tips her hat, too, to Canada’s socialized health care and supports Obama’s reforms to extend health-care insurance.

When it comes to the politics of her love life, though, the spicier topics are off limits. “I love to kiss, but I don’t tell,” she says, laughing. “Romance is diffcult for some celebrities. If the media finds out you’re dating Robert Pattinson, you’re screwed.” But she does admit that she’s very committed to deep and substantive relationships. “I like the concept that if you’re with someone, it’s for the long term.” Is she dating co-star Nathan Fillion? She won’t tell—though the internet is awash with buzz about it. For now she opts to keep us, and her three million viewers, guessing.