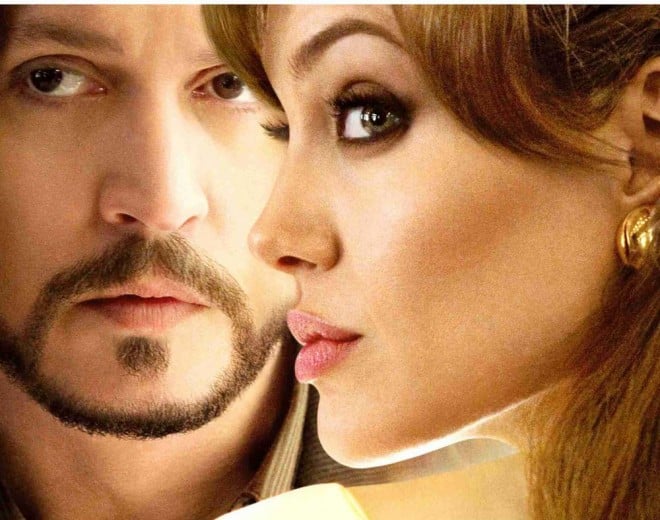 In theatres
Angelina Jolie and Johnny Depp are lovers! No, it’s not a tabloid headline. It’s the premise of their new film, The Tourist, which opens this weekend. In the film, Jolie plays a mysterious femme fatale and Depp the lovelorn tourist who falls for her. Will the movie stars have red-hot chemistry, or will the combo fall flat? We’ll know by Monday. See the trailer here.

On shelves
The King of Pop may be gone but his music lives on. Michael, the last album from singer Michael Jackson, hits shelves December 14. The disc, which was finished posthumously, features 10 previously unreleased songs that the singer was working on before he died, including a duet with rapper Akon and a song with 50-Cent!

Watch
Mad Men star Jon Hamm lends his oh-so-manly voice to The Simpsons this weekend. He’ll play a hard-nosed FBI Agent on a Donnie Brasco-inspired episode of the long-running series. Will the animated Hamm be as striking as the real-life version? It’s doubtful. Simpsons’ animators are good, but they aren’t gods.  Hamm meets Homer on December 12.

Cringe worthy clip
Sarah Palin’s Alaska gets a visit from TLC’s original soccer mom, Kate Gosselin. The reality train wreck—er, star of Kate Plus Eight—goes camping with Palin’s brood on this Sunday’s episode. Watch a clip of the cross-promotional drama you can expect (or potentially avoid) here.

Download
Even goofy guys get sentimental during the holidays. Funnymen Jack Black and Jason Segel have recorded their own versions of the classic Xmas carols “Peace on Earth” and “The Little Drummer Boy”. In the spirit of the season, all proceeds from the tracks go to a charity that assists military families. The duet is available on iTunes now.