Why We Need To Rethink The Way We Talk About Resilience

Who could we be if we didn’t need to spend energy protecting ourselves against things we shouldn’t have to face in the first place? 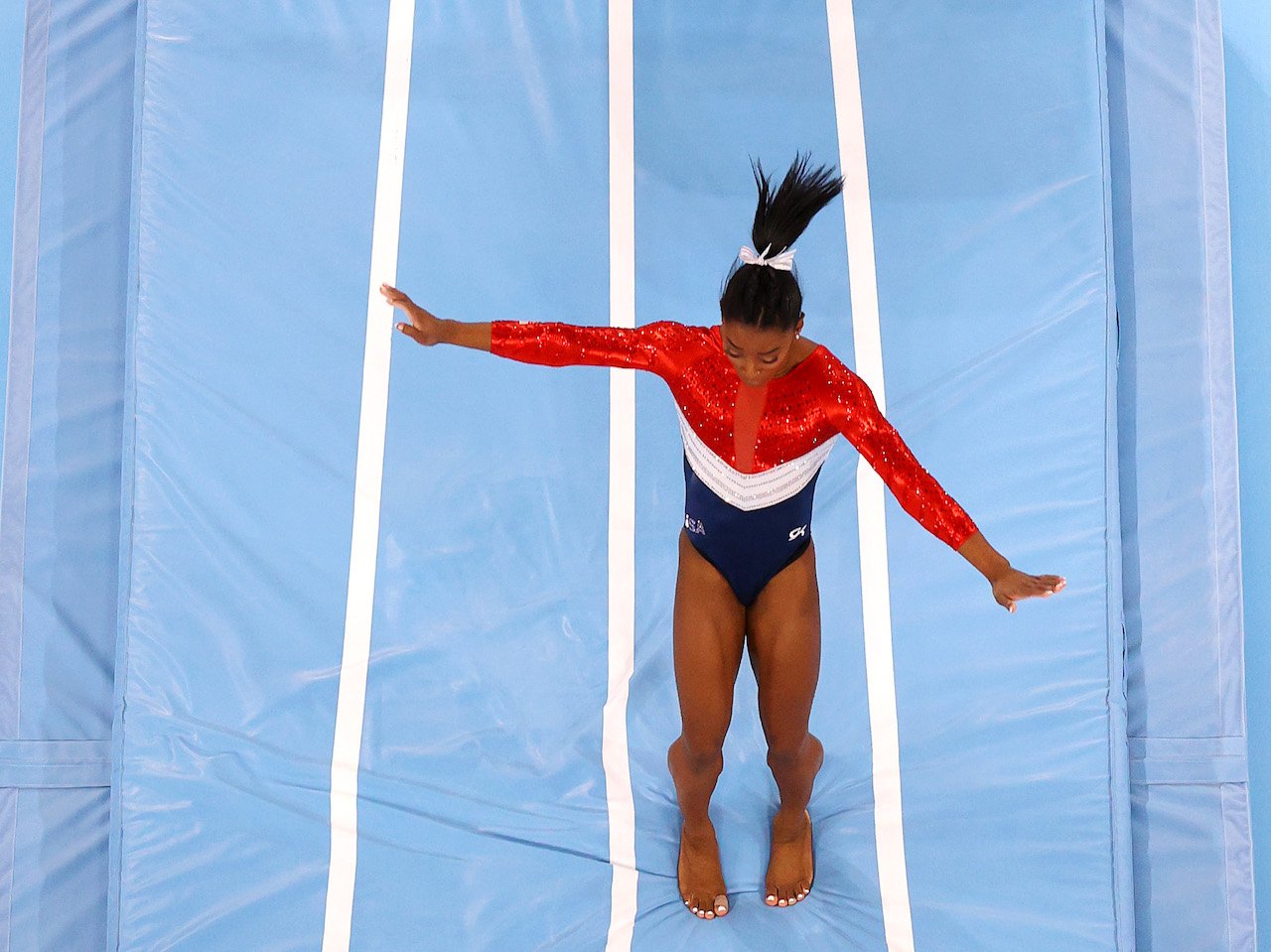 Simone Biles tries to regain her balance after competing in vault during the Tokyo 2020 Olympic Games in July 2021. (Photo: Laurence Griffiths/Getty Images)

I’ve gotten used to the feeling when someone bestows a compliment on me that wasn’t meant with ill will, but lands awkwardly all the same. Aside from the usual microaggressions around being “so articulate” or people marvelling that all of my hair is indeed mine, others have been a bit more insidious. Particularly the times that I’ve stood tall in the face of racism, or survived some kind of trauma, and been told “You’re so resilient!”

Resilience is one of those qualities that we have come to admire in others, and ourselves. Often we’re speaking about marginalized people leaping over hurdle after hurdle of discrimination or, these days, children being set adrift to ride the waves of the pandemic, and marveling at how seemingly unaffected they are and how much they have managed to achieve in spite of it all. But what if we didn’t have to? What if we recognized the power and pitfalls of resilience?

As defined by the American Psychological Association, resilience is “the process of adapting well in the face of adversity, trauma, tragedy, threats, or significant sources of stress—such as family and relationship problems, serious health problems, or workplace and financial stressors.” The APA adds, “As much as resilience involves ‘bouncing back’ from these difficult experiences, it can also involve profound personal growth.”

“Bouncing back” and “profound personal growth” are necessary for navigating the ups and downs of life. Studies have shown that helicopter parents do a great disservice by acting as a buffer between their children and life’s average trials and tribulations. That said, healthy social supports help build healthy resilience: People living with cancer have reported that loved ones who act as pillars of faith and support help to strengthen their resolve to fight, survive, and thrive.

As my very matter-of-fact parents always reminded me, life isn’t always fair, and sometimes not-so-great things happen to good people. Sometimes, we’re dealt hands that make our lives a bit trickier to navigate; others, we unwittingly step on a landmine that blows our current lives apart and forces us to rebuild. Resilience is the fuel that can power us through the darkness and into the light. It can be a reminder that if we survived something once, we can do it again.

But let’s look at resilience from another lens.

Earlier this summer I was invited to speak at a virtual girls’ summer camp, joining the campers for a frank and open discussion on body positivity, anti-Black racism, and allyship. We talked about fatphobia, microaggressions, discrimination and more. When one camper asked how to be a better ally, I instinctively said “Stand in the gap for people, so that they don’t even have to be hit by the thing that they would have to build resilience against.” That’s when something shifted within me.

I realized that many of the things I’ve had to build resilience against, I shouldn’t have had to face in the first place. It’s true that life isn’t fair. But it’s also true that when we blindly accept the need to be resilient, others are able to conflate the intentionality of oppression with the capriciousness of life.

There are two big problems with the way society has championed resilience. One is that it helps to maintain oppression by cementing it as normal, expected and unavoidable. Racism? Ableism? Misogyny? Transphobia? The reliance on resilience tells us that these are threaded into the fabric of our society, and there’s nothing we can really do to extract them.

The other problem is that leaning on resilience puts additional pressure on the oppressed. Not only do they experience that dehumanization, but then they’re required to do additional work to build up their armour against it. The responsibility to manage said oppression becomes that of the oppressed person, and if you ask me, that goes beyond unfairness and into the sphere of systemic disempowerment. That disempowerment may also play into how we, the eternally resilient, see ourselves. Building up that armour in order to protect and preserve ourselves makes sense, but is a response that can make it more difficult for us to ask for help, open up emotionally, and embrace our vulnerability and softness.

Resilience can be helpful—an exercise that strengthens emotional muscles so that we can push through struggles we face. It can also be a snake eating its tail— a harmful self-fulfilling prophecy that says oppression is normal and if you’re oppressed, get used to it. As both a valiant trait and an invisible crutch used to sustain the status quo, we need to assess how we celebrate resilience when we see it, because we might be cheering for the wrong thing.

We can realize that resilience isn’t our only response. When Simone Biles and Naomi Osaka each chose the sanctity of their mental health over the rigours of competition, they presented a different option for athletes at their level. That same option to pause or walk away may not be available to those of us without similar emotional and financial supports, but the takeaway is that we don’t always have to endure.

We can push back on expectations and oppressions instead of forcing ourselves to become resilient to them, and this too builds “profound personal growth.”

In a recent interview, Grammy-nominated artist Yola shared that while facing challenges early in her career—including houselessness, racism, colourism, being pigeonholed as an artist—she was decidedly not resilient. “I didn’t really do great,” she laughed. “I was trying to do the facade, and the facade wasn’t real. It was a trope. I was not the Strong Black Woman.” Like Biles and Osaka, Yola eventually chose herself over an unforgiving institution and allowed authenticity in, defining success on her terms instead of falling in line with others’ determinations.

We can stand in the gap for others. As I shared with the summer campers, we can find ways to be that protective armour for each other. I told them it was as simple as saying “I don’t think that’s funny” if they hear a peer making a discriminatory joke about someone else, or by recognizing that a classmate is always left out, never invited, never chosen—and being the one to include them. We don’t have to leave people to fend for themselves and build resilience. We can provide a buffer so that the harm never reaches them in the first place, and allow them to save that energy for something else in in their lives.

We can ask people how they really feel. In the moments that I’ve received compliments on my resilience that fell flat, a more helpful approach would have been to simply recognize what I had experienced and ask “How are you feeling about it?” Before we dismissively praise someone for being resilient, we should give them room to define their experiences in their own words. We can still uplift them by saying “From my vantage point, you seem like you’re handling it so well,” but that sentence should end with an opportunity for that person to voice their own feelings.

Resilience is necessary, and we cannot thrive without it. But who could we be if we didn’t need to focus on protecting ourselves against the parts of life we shouldn’t have to face in the first place? What could we do with that energy? In big or small ways, we owe it to ourselves to try to find out.