Why My Latest Novel, ‘Seven,‘ Is About Khatna, Or Genital Cutting

Throughout my career, I’ve been trying to decode my community through writing fiction, trying to understand why khatna had happened to me. 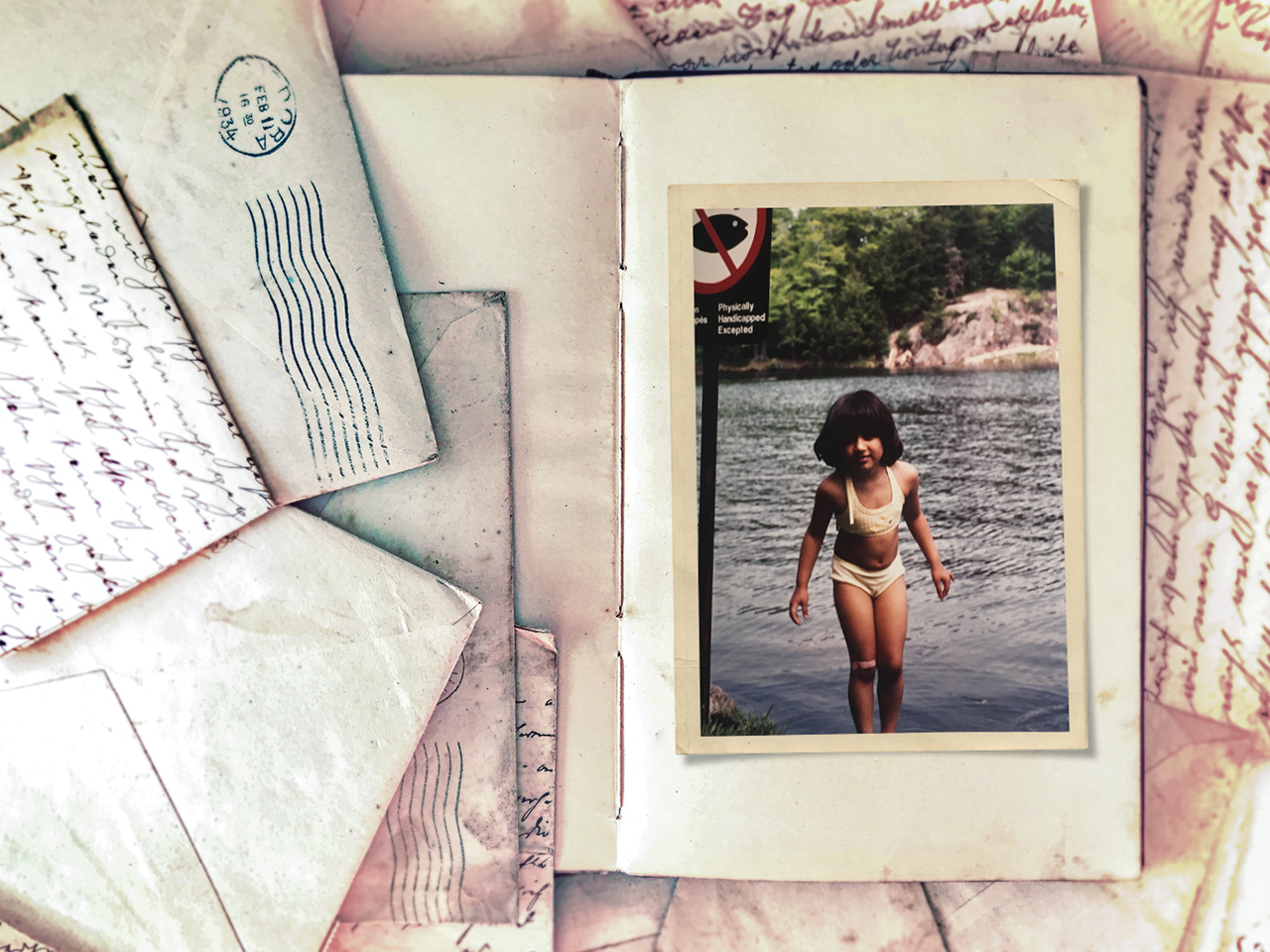 My ancestors hail from Gujarat, India, and my family is part of an insular community called the Dawoodi Bohras, a sect of Shia Muslims. Most Canadians have never heard of us, but within India, we are known for our unique religious attire (orthodox women are sometimes referred to as “butterflies” for their colourful burka-like outfits), for making the best samosas, and for our cult-like leadership that recently convinced followers to disconnect their Western toilets and install squat commodes.

Thanks to brave Bohra feminists, in recent years our community has also become known for khatna, the secretive practice of female genital cutting that happens to our girls around the age of seven. With my new novel, Seven, I decided to join them.

Khatna happened to me. Our high priest commands it and our female elders enforce it. Both believe it is their religious right and that it controls girls’ sexual urges. Fighting against the practice took me on a five-year journey of reconnecting with myself and my community. And it shaped a novel I never imagined I’d write.

For most of my life, my parents didn’t know what had happened to me, because members of my extended family kept it from them, and I was so traumatized that I did, too. My father is from an orthodox family, but rejected the faith as a young man. Migration to Canada and family bonds spared us social shunning, the usual punishment for apostasy. My mother was lukewarm to the religion, and while she enforced Saturday Gujarati classes (a failed experiment in a small white Ontario town), she didn’t teach us the Bohra prayers.

Many in our extended family were observant, though, and they occasionally included me in masjid visits and prayer circles where I felt like a tourist. I’d ask about the rituals’ meanings, and the answer was invariably “because that’s how we do things.” Believers are not supposed to challenge or question the faith. My father’s vehement answers to my questions, in which he insulted the leaders (“They are all corrupt!”) and their followers (“Such sheep!”), were only more confusing.

Throughout my youth, my community remained a mystery to me. As an adult, I’ve been trying to decode its realities through writing fiction. I realize now that I’ve been unconsciously trying to make sense of my community so that I could understand why khatna had happened to me.


In an early draft of my first novel, Stealing Nasreen (2007), I poked fun at the way believers elevate our high priest, or Syedna, to God-status by displaying large portraits of him. My protagonists had one hanging on their living room wall, and they imagined the Syedna’s facial expressions shifting as they made good and bad life choices. My aunts warned against this literary device, telling me that it would “cause trouble” for family back home. So, I revised those scenes, editing out any direct mention of the Syedna.

In each subsequent novel, Bohra protagonists made appearances. There was Ismail, in Six Metres of Pavement, who helped out a queer homeless youth and fell in love with his Portuguese-Canadian neighbour. In All Inclusive, I wrote Azeez, a ghost who went looking for the daughter he’d never met. But I avoided direct criticism until October 2015 when, scrolling through my Facebook feed, I saw the headline “I Was Circumcised When I Was a Girl of 7.”

Masooma Ranalvi, a Dawoodi Bohra woman who lives in India, had written about khatna, a painful ritual during which girls have their clitoral hoods cut. Masooma’s article was ground-breaking and brave because no one ever talked about khatna, despite how prevalent it is. Recent estimates suggest that it’s happened to at least 75 percent of girls in my generation. Her words set something buried deep inside me aflutter.

Overwhelmed and not sure what to say, I messaged her via Facebook: “Thanks for your article about khatna.” I didn’t expect her to write back. She replied the next morning with: “Thank you for reading it, Farzana. We are trying to do something here in India.” She sent me an invitation to a WhatsApp group, which would evolve into WeSpeakOut, a grassroots, global organization to end khatna.

Joining WeSpeakOut was like getting pulled into a hurricane. Khatna became an obsession. Each morning I scrolled through dozens of WhatsApp messages from women like me from around the world who were livid and wanted change. We created educational campaigns and circulated a petition, with over 200,000 signatures, to ban the practice in India (an ongoing campaign). I became WeSpeakOut’s Twitter handler, helping us to grow our profile while facing a storm of hatred from pro-khatna trolls. At night, I nearly drowned in nightmares and body memories. I returned to therapy. Over the following two years, the winds slowed, and I came to terms with my own long-suppressed traumatic memories. 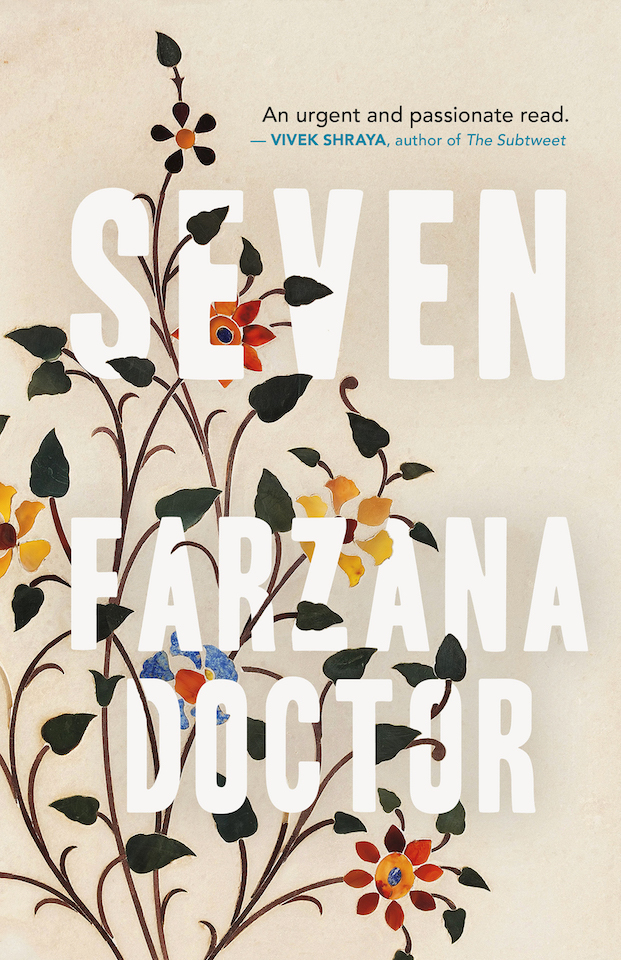 At the same time, scenes from a novel-in-progress were spilling out, fully formed, into my notebook. It was both liberating and painful. I was finally decoding my community; through my research and activism, I was meeting and talking with Bohra women about what it means to be us. But by the time I finished Seven’s first draft, I grew fearful of what might happen when I published it.

As an activist, I’d remained behind the scenes. But what if I stepped onto the stage as a survivor? Did I have to? How would I cope when well-meaning readers and media asked me about my trauma?

And most daunting: was I prepared for the potential backlash from community and family who wouldn’t want this dirty laundry aired?

I had to remind myself that I wanted to write about Bohra women in all our messy complexity. That includes the loving aunties—survivors themselves—who continue the practice, generation after generation, enforcing the high priest’s diktats, but also the activists fighting to end it, the girls who face this alone, and the conflicted women who remain on the fence.

As women, we receive confusing and gaslighting messages: don’t tell; keep the secret; and anyway, it’s nothing, just a little nick. Khatna’s purpose is to stamp shame on the body. Silence ensures the practice continues, and the pressure we face to maintain that silence is intense.

I knew I had to do the opposite. Khatna is no longer a secret I keep. I’ve told my father, who was infuriated. I counter the lies: khatna is intergenerational violence, a human rights violation, a weapon of the patriarchy. This sense of purpose got me through the fear that kept bubbling up—and sometimes still does.

Seven is about Sharifa, who travels to India on a marriage-saving trip with her academic husband and her seven-year old daughter. She plans to spend her time home-schooling her kid and researching a revered ancestor, but instead is thrust into the politics of khatna and the conflict between her two favourite cousins who are on opposite sides of the debate. With humour, subversion and love, Sharifa muddles her way to taking her own position.

Seven is being released September 5.

Female genital mutilation/cutting is an issue in Canada, too. Despite the practice being illegal, there are no prevention programs and few supports for the estimated 100,000 survivors who live in Canada. Learn more here.