How Food Is At The Heart Of African Nova Scotian Culture

'How we share meals, recipes, traditions and cooking methods is vital to the preservation of any culture, including ours.' 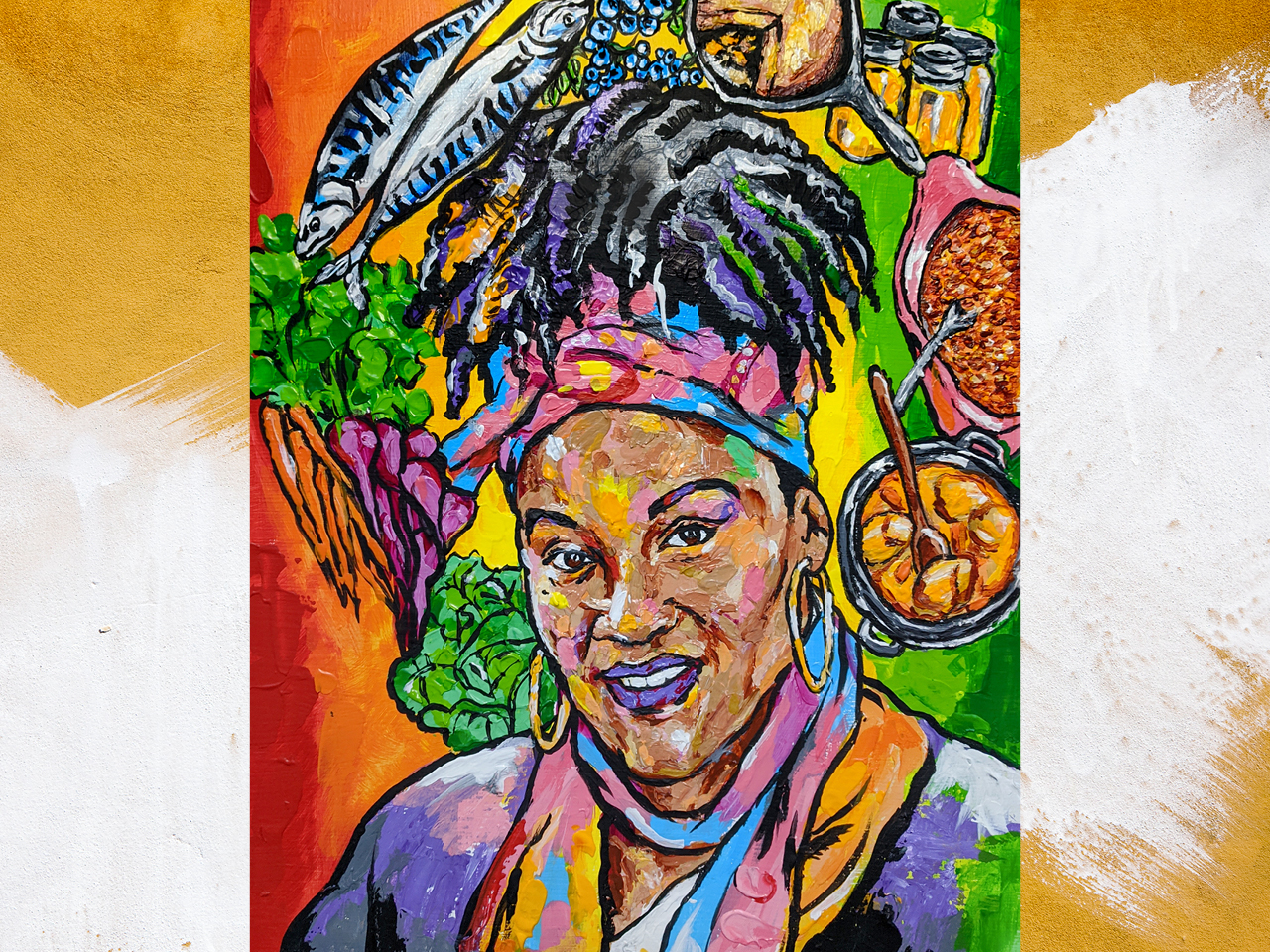 One of my fondest food memories is of watching my mother skilfully peel potatoes as she prepared what is widely known as “boiled dinner,” a simple dish that’s standard in many Black homes in Nova Scotia. It was one of the first meals I made once I settled into my own home. It started with chopped parsnips, turnip, carrots and cabbage from my grandfather’s country garden, which my city-dwelling father tended to; the vegetables would fill the largest pot we owned. My mother then added pigtails from the local butcher to the pot. My aunt Irene’s mustard pickles, beets and homemade chow chow—a kind of green-tomato relish—would always accompany the Sunday meal. This communal offering was more formal than our usual weekday meals, typically starting after church services ended in the many churches that spanned the African United Baptist Association across the province.

The first documented Black person to reach Nova Scotia was Mathieu da Costa in 1605, an interpreter to European colonizers. Many more followed in waves: some landed shortly after the American Revolution (1782–85); the Jamaican Maroons arrived in 1796; the next wave introduced my mother’s people to the community of Fall River, N.S., shortly after the War of 1812; and steelworkers from Barbados came to Cape Breton Island in the early 1900s. We’ve been in Nova Scotia for over 400 years, settling in more than 50 historic Black communities throughout the province and developing a rich African Nova Scotian culture. We came with the promise of freedom. But centuries later, our civil liberties are still in question, and many land deeds are still in dispute.

Despite the challenges, we’ve maintained our culture, undeterred by efforts made to erase who we are—and food is a big part of that. How we share meals, recipes, traditions and cooking methods is vital to the preservation of any culture, including ours.

African Nova Scotian cuisine is a rich blend of African and Caribbean spices, along with dishes and techniques we brought from our southern U.S. roots, combined with what the land and sea had to offer in our new home.

Many of our classic dishes are traditional to the region, such as salt-cod fish cakes, boiled dinner, baked beans and blueberry duff (a steamed pudding), while others have more far-flung roots, including cornbread, fried potatoes, oxtails, pigtails, curried chicken, greens and Southern-style mac and cheese. The traditional Maritime dishes that have become part of our repertoire usually have some additions or substitutions. A ham hock might be added to our baked beans, and roasted cow tongue might replace roast beef for Sunday dinner. Traditional African Nova Scotian cuisine is resourceful and often includes slow cooking and cuts of meat from nose to tail. Root vegetables, greens and a variety of fish are other ingredients that have stood the test of time.

Like many settlers, we ate food based on what we could raise, grow, forage or fish from the waters. Mackerel, smelts and eels were perfectly seasoned and fried in a cast iron pan. Roasted rabbit caught in the snares my father taught my brother to set became a winter delicacy. My father did not teach me to set the traps, but I did learn how to skin and prepare the meat. Food, faith and community were our sustenance. The parcels of land that African Nova Scotians were granted were often not the most fertile. We relied on previous farming experience and our inherent knowledge of the land to feed the generations.

African Nova Scotians likely forged close relationships with the Mi’kmaq when they first arrived, and the Mi’kmaq would have supplied vital information about what the land had to offer. Food was understood as both nourishment and medicine. My father used to save goose grease to cure chest congestion; to ease fatigue, he’d make a concoction of collected tree bark, plants and berries steeped in large mason jars that were stored on the kitchen counter. These days, I wish I’d asked him about the ingredients and paid more attention to the process. While some of us still carry on the traditions of using food to heal, many of us, unfortunately, have lost our connection to the land.

My father’s generation grew up living off the land in rural communities like Guysborough Road, Weymouth Falls, Gibson Woods, Hammonds Plains and Beechville. Many of his era moved to the city to find work and other opportunities, which usually did not include land ownership. We continue to struggle with the issues of land ownership, inadequate education for students of African Nova Scotian descent and food insecurity in some of our communities.

Black food sovereignty is a conversation that seems to be emerging around the country. For generations, African Nova Scotians have fought relentlessly for equity around housing, education and employment. Often the conversation around food has been left out—though what we eat is directly connected to our health and our potential to be our best selves.

Those of my generation were some of the lucky ones, growing up in a time when the food we ate came without labels or directions. The meals my parents prepared came from whole foods that were locally sourced. Like many other large, extended, multi-generational African Nova Scotian families, we still get together often to share food. We also share the tradition of giving gratitude, and offer blessings over the food and those who have prepared it. Our traditions and recipes are passed down through the generations and continue to evolve.

Looking forward, we are seeing a resurgence of cultural pride, including the introduction of an African Nova Scotian flag, the creation of Africentric education, and the launch of soul food restaurants such as R&B Kitchen, located on the outskirts of North Preston, the oldest and largest Black settlement in Canada. At the heart of it all are the culture and food, which continue to nourish us as individuals and, more importantly, as a community.