When you find out about a friend's death on Facebook

Cathy Gildiner knew something was terribly wrong when one of her high school friends stopped posting on Facebook. 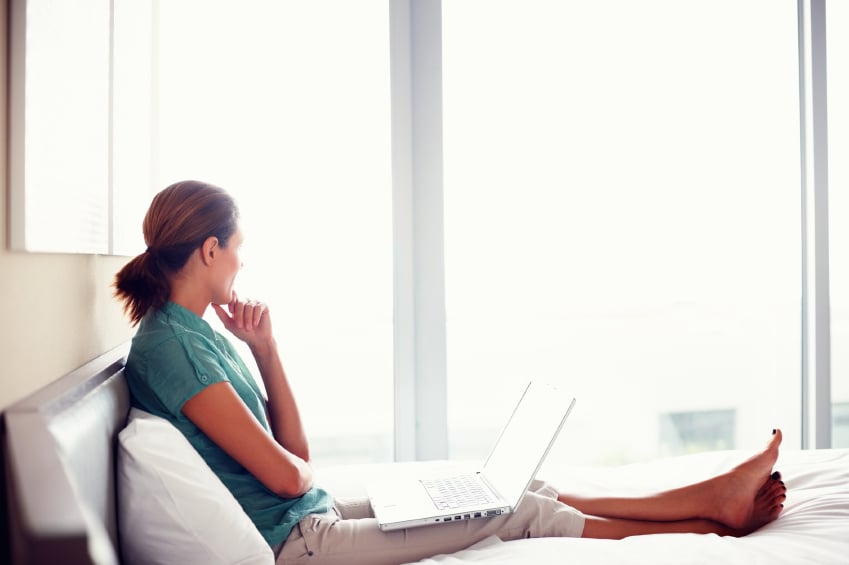 My best friend from high school, Ecky, was always ahead of her time. She introduced us all to Facebook about 10 years ago, when it was a fledgling social medium. Ecky maintained the high school page and posted whatever news she heard or read on others’ Facebook pages. Eck was the beautiful girl in school who was the queen of the prom. (She referred to these as her court days.) She knew everyone, and everyone loved her.

Ecky was a complete political wonk. She was incredibly informed and posted on everything from the Tea Party’s antics to new budgets and the absurdity of Gwyneth Paltrow’s calling a divorce a “conscious uncoupling.” She had a nose for news and could find out about any former classmates. She followed one who was a rabbi in Texas, then a Broadway producer and finally a gay activist.

She was able to devote a lot of time to posting since she was divorced and lived alone in Kansas City. As she said herself, it wasn’t like she was wined and dined or went out to cultural events on a nightly basis.

One of her favourite topics was race. So it was odd that when Nelson Mandela died last December 5, Eck didn’t post on it. She was eerily silent. I wrote to her on Facebook, and she didn’t answer. Finally, I wrote and said, “Eck, are you depressed, or what?” A mutual friend, Sally, called me in Toronto from Florida, and another friend, Jon, called from Reykjavik, Iceland, to say Ecky had gone AWOL.

People began posting in droves. “Ecky, Ecky, let us hear from you.” Within a few days, I had had 12 phone calls from classmates and many posts from people who had never met her but had conversed with her for over a decade as Facebook friends. We decided we had to investigate the investigator.

She did not answer her phone; she was 65 and had just retired, so I couldn’t call work. There was no husband or children to call. Finally I looked up others who followed her on Facebook and checked her friends list, hoping to find someone from Kansas City. I hit on Ward, a man she had worked with. I wrote him a private message and told him we were worried; I asked him to go to her home and check on her.

He found her car covered with snow, and there were no tracks in the driveway. The door was locked and no one answered. When the police were called, they broke down the door and found her dead in her chair, holding her channel changer. There was no apparent cause of death. She had not reported feeling unwell. The saddest thing is that she had been dead for several days. It was only her lack of posting on Mandela’s death that alerted us.

I put the death announcement up on her Facebook page and on the high school page, and there was an outpouring of sympathy. Hundreds of people wrote on Ecky’s timeline, telling her what she’d meant to them. (Facebook does not seem to know that she died, because it recently sent out an announcement suggesting we all send her birthday wishes.)

Her page has morphed from being her news feed to being a memorial site. As people went there to tell her some news about Obamacare or the sighting of a new hummingbird, they found out she had died and then expressed their sympathy.

At our 50th high school reunion this summer, we — all her hundreds of friends on Facebook — are going to fly or drive to our hometown and spread her ashes near the high school.

Without Facebook, no one would have known she was dead. When she was alone in the world in a city that never felt like home, Ecky maintained her childhood friendships on the site. However, she also made new friends who had never met her but were part of her discussions on politics or one of her favourite topics, the Trayvon Martin case. These new friends are also getting on a plane and coming to her funeral. We are booking a whole hotel.