I’ve had to train myself to see normal adult emotions not as traumatic experiences, but as ones I can handle. 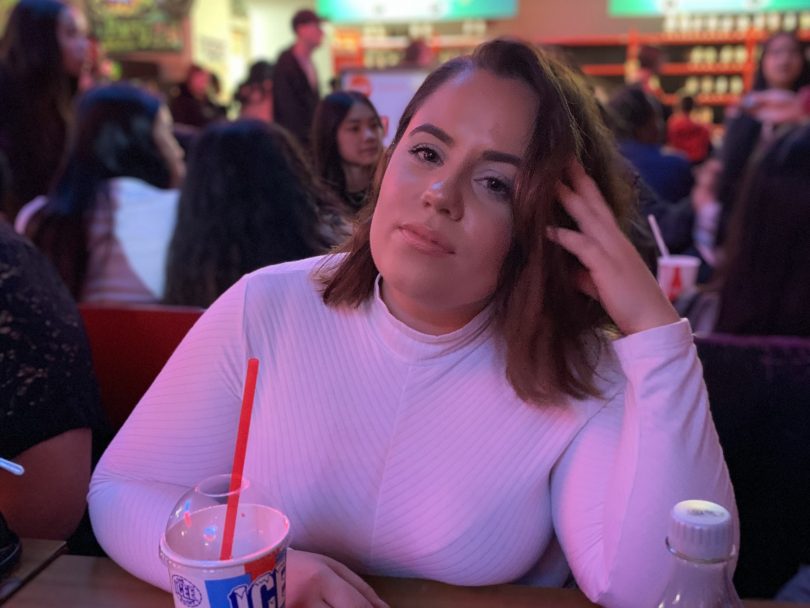 (Photo: Courtesy of the author)

I used to have the same dream over and over again. I’d walk through the front door of my old middle school, down the hallway, around a corner and I’d end up right back where I started. When I was in the thick of addiction, that’s how my waking life felt—the same day, the same feelings, always ending up right where I’d been.

There’s a common idea shared in 12-step recovery rooms: the day we start using is the day we stop aging. Not aging physically, of course, but emotionally. Whatever the reason we started self-medicating—sexual assault, abandonment, mental illness or something else—that moment is when we stop maturing. Sobriety turned a mirror on myself, and things I’d been used to pushing down and avoiding came creeping back. I didn’t realize how emotionally stunted I’d become.

Simply put, emotional intelligence refers to the ability to identify and manage one’s own emotions, as well as the emotions of others. It’s knowing how to calm yourself down in healthy ways and create natural highs. Up until 2018, all I really knew was that alcohol, and eventually drugs, calmed the chaos in my head. I had a lot of growing up to do.

The truth is, I’d always been looking for an escape. Even before I was in active addiction, I thought alcohol provided a fast pass to being my true self. That was the magic I discovered at 16—getting drunk made me feel less like the uncool, ugly, unlovable person I thought I was. I never gave myself the chance to learn how untrue those beliefs were.

I don’t look like an addict—at least, not the ones you see in the movies. I didn’t use daily, though close to it toward the end. I mostly paid my bills on time. I had food and a safe place to sleep. I wasn’t broke, but I lived paycheque-to-paycheque and cash advances on my credit card helped support my habits. While I looked okay, I was anything but.

I was 16 when I got really drunk for the first time and realized I’d found something that helped me get out of myself. For the first time ever, I stepped into a world that was free of worry about what others thought of me. Drinking helped me be fearless, if only for a little while. So I continued to seek that freedom more and more. All the while, I was getting further and further away from myself—from healing a painful past of bullying and trauma.

That’s where the root of my drinking began—at home in my body. I’d never felt confident enough in my skin, and resolved in my early twenties to only go on dates if I was drunk, and with people I didn’t really care about. A bottle of wine before a date, followed by numerous drinks on said date, was the norm for me.

When I drank or did drugs, the reality is I immediately felt fantastic. There’s a reason why addicts are addicts. Substances are consistent and reliable. Not like people, who I learned would only hurt me in the end. But like all human beings, I’d long for connection. So I’d give myself to people who wanted to give me nothing in return. I befriended drug dealers and other addicts to make my own addiction issues seem less insane. Because that’s what it really was.

Living this way gave me little time to think about what I was really doing. Ultimately, after over a decade of increasingly heavy use, I believed whole-heartedly that I couldn’t “be myself” unless I was drunk or high. My addiction became me—I identified as a party girl. The one who could hack it, who could work hard and play harder. I didn’t realize that I was still stuck at 16 in many ways—I hadn’t developed a sense of self strong enough to love myself, and let other people love me.

I’d tried countless times to get sober on my own, barely making it to two or three weeks each time, always convincing myself I was in control until I proved to myself again that I wasn’t.

Time became the uncomfortable space between drug and alcohol binges. The space was filled with things—like work, eating (sort of), sleeping (sort of) and forced exercise to offset whatever I’d taken. Sometimes, that time was filled with exhaustion-induced psychoses at work, where I’d hear my name being whispered when no one was around. Sometimes, I hung out with friends—but only if I was able to drink. Mostly, time was just the minutes that added up to the moment I could escape myself again. I was slowly killing myself.

My breaking point wasn’t when I nearly got deported from a foreign country or any of the other similarly precarious situations I got myself into—I was just tired of wasting time, of being afraid of my own shadow. I was scared enough to eventually reach out to a friend for help, and go to my first 12-step meeting. I continued to drink and use for a few months after that before surrendering to the reality that getting sober wasn’t an option for me anymore—my life depended on it. 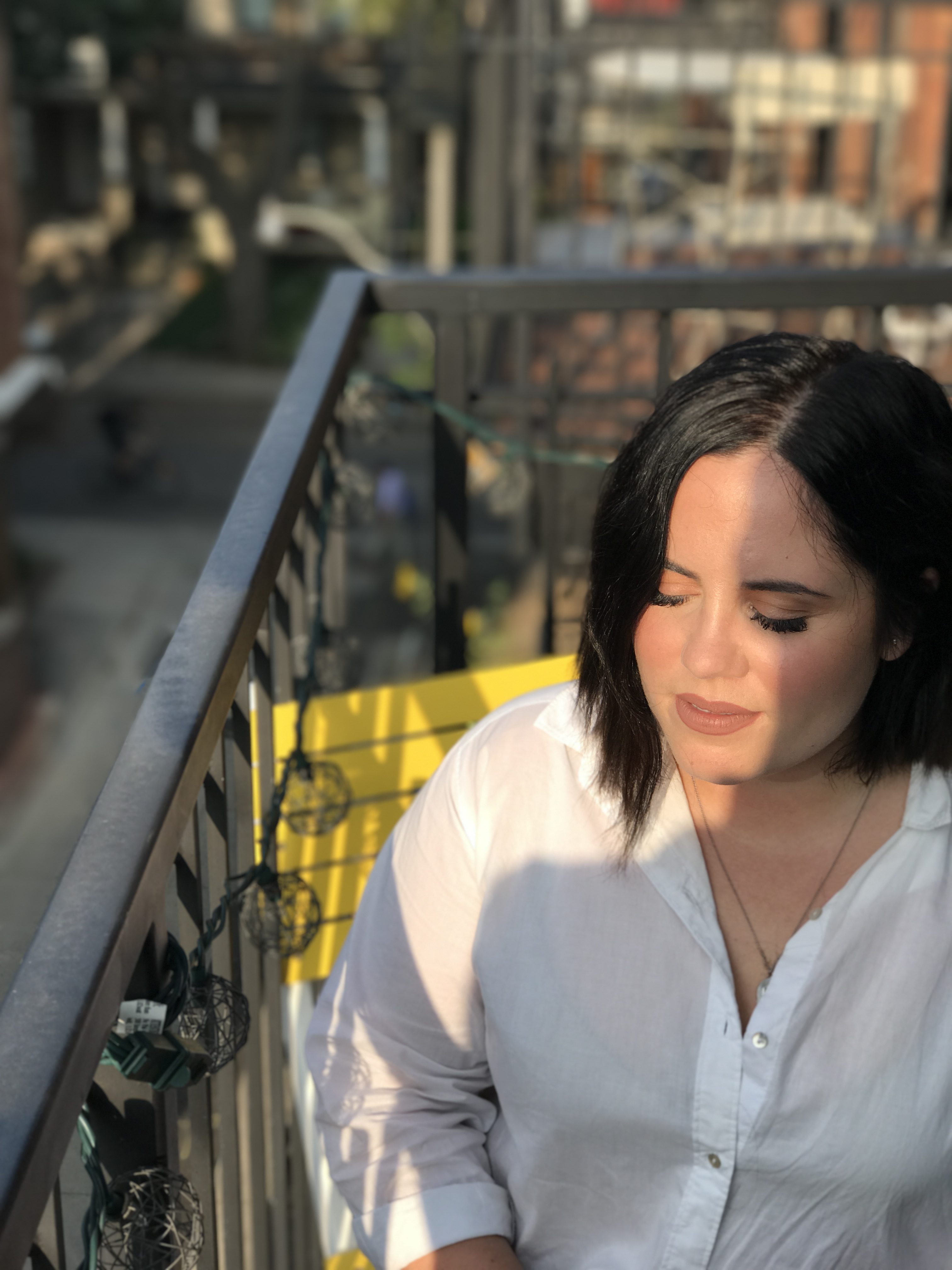 (Photo: Courtesy of the author)

Eventually, I stuck around a sober community long enough to see that there was hope on the other side, that I wasn’t unique in my struggle and that I could get and feel better. I think about drinking and using every day, but not in the obsessive way I did before. I recognize how much better my life is now without being shackled to an ugly escape.

Sobriety doesn’t fix everything, but it put my life through a sifter. The easier things—not being hungover at work, making doctor’s appointments, getting a therapist—fell through pretty easily. Eventually, staying in on weekends didn’t feel like torture. I discovered the joy in moving my body (through spinning and yoga), and felt more prepared to repair my fraught relationship with food.

But there were things too big to fit through. Instead of drowning my sorrows, I had to sit with them. I’ve had to learn to move through anxiety, depression and heartache fully conscious. It’s not only terrifying confronting emotions I haven’t had to before, but incredibly hard work rebuilding pathways in my brain damaged by substance abuse. I’ve had to train myself to see normal adult emotions not as traumatic experiences, but as ones I can handle. I’ve had to deal with panic attacks, cutting off co-dependent friendships. And I’ve had to excavate pieces of my past that I’ve buried until now—pieces that have told me I don’t deserve love. These are the reasons I drank, and ultimately the reason I got sober. Getting sober gave me the guts to let love in.

Everything was new and scary, but each milestone taught me that we always have more time. I’ve had the chance to connect with my family, make new friends, go on dates, have sex for the second time—this time sober and fully present. A life half-lived, constantly entering the same door just to find yourself back where you started, isn’t a life at all. I’m done with dreaming.

My therapist sometimes asks me to identify how old I feel when I’m triggered by something; to put an age to my emotions, to show how much our present feelings are controlled by our past. When I feel neglected by a friend, I’m around 14. When I’m afraid of my body being reviled by a guy I like, that takes me back to age 12. When I feel the desperation to please someone, I’m many different ages—18, 23, sometimes probably an age I can’t even remember.

Age is just a number, after all, but it represents a lot for me now. I celebrated my first birthday in sobriety on March 9, 2019. Now, two months after my actual birthday, I got another cake to commemorate my new—and sober—beginning.

Meaghan Wray (she/her) is a Toronto-based freelance writer and content creator with a passion for anti-diet culture, fat acceptance and self-love.