Positivity tips from a man living with a terminal illness

David Menasche didn't let cancer or partial blindness prevent him from travelling across the United States. Here he shares his greatest lessons learned. 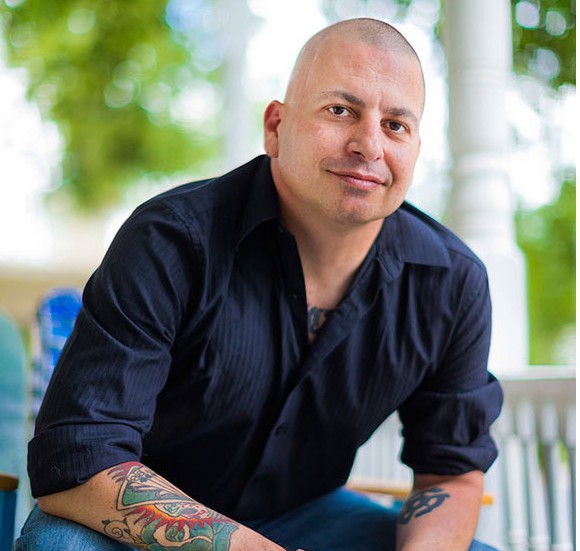 Brain cancer had robbed high school teacher David Menasche of his memory, vision and mobility on the left side of his body. After six years of medical treatment, he decided to stop chemo and embark on a gripping 101-day journey across the United States. His debut book The Priority List: A Teacher’s Final Quest to Discover Life’s Greatest Lessons recounts his amazing, and sometimes trying, adventure. Now stable yet still burdened by a terminal illness, Menasche tells us how to live positively.

Q: Were there times when you felt defeated?

A: Only in the mornings. Just kidding. I realized that sense of humour is the easiest thing to lose and hardest to build back up. That’s a quote from the author Nancy Mairs. It comes from her essay called “On Being a Cripple.” But no, I have never wanted to give up, because for me, the only way to give up would be suicide. And strangely, it’s not giving up, because my death is inevitable — which makes it ridiculous. Why do the one thing I know for a fact is going to happen anyway? Admittedly, I’ve had very dark moments. I do remember one particular conversation with my brother Jacques where he said: “You know, you could always die tomorrow.” And it was so true. Why do it now when I could always do it tomorrow?

Q: You chose to embark on this trip, but that meant having to take yourself off chemotherapy against the doctors’ wishes. It’s a risky move — why do it?

A: This is a paraphrase from Nietzsche: “Those who have a ‘why’ to live can always figure out a ‘how.’” That for me was always true. When I was still in the classroom, my students filled a purpose and that was rewarding. Then, when I became disabled and could no longer be in the classroom, the trick was to write the book and ensure they were never forgotten. Ultimately, life is about trying your hardest to create something that outlasts you. Make a dent. Let them know you were here.

Q: What’s a challenge that you’ve managed to overcome?

A: There’s a flight of stairs that I need to go up and down. I can’t use my left hand and my left leg doesn’t work very well. It’s pretty horrifying and I’ve tumbled down it a few times. I would say that that flight of stairs on a daily basis is both my nemesis and my simple sense of accomplishment. Just getting down those damn things is my daily victory, my “aha!”

Q: On your journey, did you have to rely on strangers for help?

A: I’ve learned to ask for help when I need it. I was in New York asking for directions to a bar. I can’t see anything left of me at all, and this woman was on the left side of me. She grabbed my left arm, which I could barely feel, and led me. I had no clue that this woman was Sarah Jessica Parker!

Q: What did you learn about adversity on your journey?

A: You never know how tough you are until you have to be. As Sir Winston Churchill said, “If you’re going through hell, keep going.”

Q: After your trip, you came back and said you were “cured”. Can you elaborate?

A: I mean “cured” metaphorically. Cancer was going to kill me, but the daily nausea that I was feeling because of the chemotherapy was a route I had chosen to take. I realized that I didn’t have to live that way, so I just exchanged quantity for quality. Sure, I could opt for radiation for a month or two, but if that time is spent hugging a toilet, why would I want to live it that way? By the time I had my stroke that took away my vision and the functionality of the left side of my body, I had already undergone six years of treatment. Hey, my body was literally dying right beneath me. I wanted a sense of purpose and fulfillment. So, I decided to write. I quickly realized that all of my best stories came from the classroom I was in for 15 years, but if I wanted the rest of the story, I had to go out and get it. That was the fuel that kept me going.

Q: What advice would you give to someone who is going through a difficult time?

A: In writing this book, I wanted people to know that regardless of their disability, hardship or trauma, it is still possible to live a life of purpose and happiness. I went to the people and places that I wanted to go to, and really lived on my own terms. I just quit treatment; I was travelling the country, alone, freshly blinded and crippled. For me, if that should be the end, then so be it. I already accepted that this was going to kill me, and this seemed to me a much more honourable death. 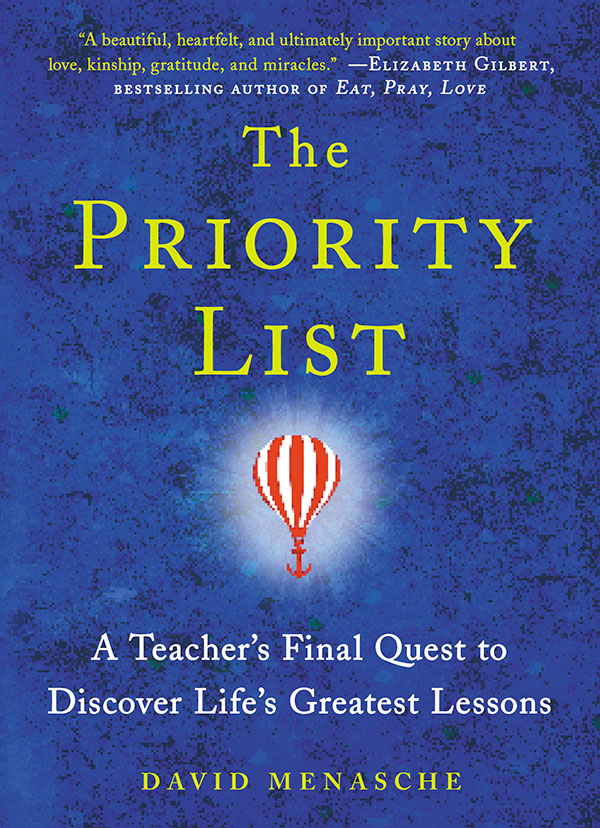