I Tried Calling My Mother Every Day For A Month

Our monthly calls were becoming more like run-throughs of our schedules rather than connecting. It was time I got to know my mother—adult to adult. 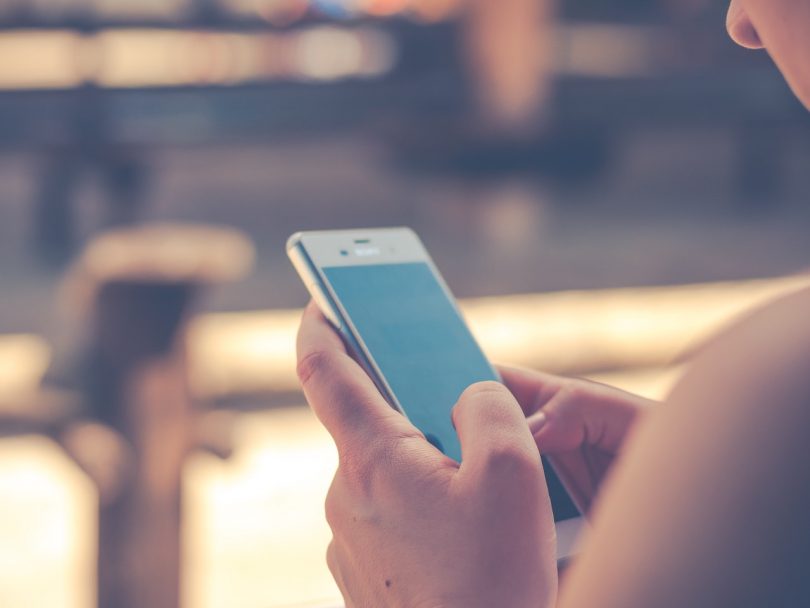 “You won’t believe this, but I was just thinking about you,” my mom says as she answers the phone.

I do believe it. I imagine she thinks about me a lot. Now that my three brothers and I are out of the house, she’s constantly tagging us in memes and sappy posts on Facebook. She’s got a Pinterest board titled “dinner recipes for Meg” that she regularly updates. And when I call her once a month, she always makes a point of telling me how long it’s been since we’ve last spoken.

In a world where many parents are overbearingly involved in their adult children’s lives, I always justified my infrequent calls as a sign of being grown up. When I was 19 and had just moved away from home, I called more regularly, often in tears, as I struggled with a breakup or an issue with a roommate. Now the running joke is that if she hasn’t heard from me, it’s because I’m doing okay. At 28, I don’t feel the urge to fill my mom in about every minor life event, but sometimes her pointed remarks about how little we communicate make me feel guilty. And sometimes, without a crisis to solve, our exchanges can feel stiff—like we’re offering listicles of how we are passing the days, rather than connecting.

Maybe it’s the fear of awkward silences, or not having anything to say that stops me from calling. But as my parents get older, I’m starting to see that the window of opportunity for us to really know each other, as adults, is a small one. I want to know my mother beyond the small-talk and the check-ins. I want her to open up about her childhood, about what it was like to date, about dealing with menopause, about anything—before it’s too late.

And so, in an attempt to shortcut the relationship into a new, more adult phase, I decided to do something drastic.

I decided I would call my mother every day for a month. 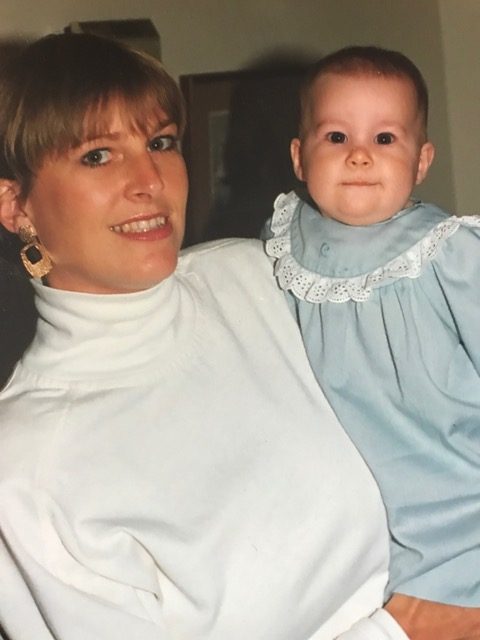 By the second day, I already wanted to back out of the task, unable to think of new talking points after our hour-long chat the night before. (If this exercise was going to work, I thought, not every call could be so long.) After putting it off until 7 p.m., I pressed her name in my phone, hoping she wouldn’t answer. As it rang, I wondered what she’d say about my calling her two days in a row, and I worried about how I would explain my plan to her. What if she didn’t want to talk to me every single day for a full month? When she didn’t pick up, I decided it would still count as a call as long as I left a voicemail.

As the days followed, I was embarrassed by the uncharacteristically doting nature of my daily check-ins. The strange fear of being rejected by my own mother, who for my entire life ended every conversation with “I love you more,” was irrational and yet, all I wanted was to justify the attention by telling her what I was up to, or better yet, to have her call me. On the occasions she didn’t answer, I felt an overwhelming sense of relief at being let off the hook, and when I skipped days altogether (when a friend was visiting from out of town or I was working a long shift) I reasoned this was all part of the process, like trying a juice cleanse. Failure only makes it more interesting right?

I did my best to steer our conversations toward topics we hadn’t covered before, to coax out details of her life that I’d never bothered with in the past. Whenever she’d share a family anecdote, I’d jot it down. As she ranted, I kept record. All of it, I figured, would be worth having archives of someday. Even when it seemed unimportant, I figured maybe later, when I had a different perspective, that detail about the turf grass on her mother’s front steps would suddenly seem poignant. 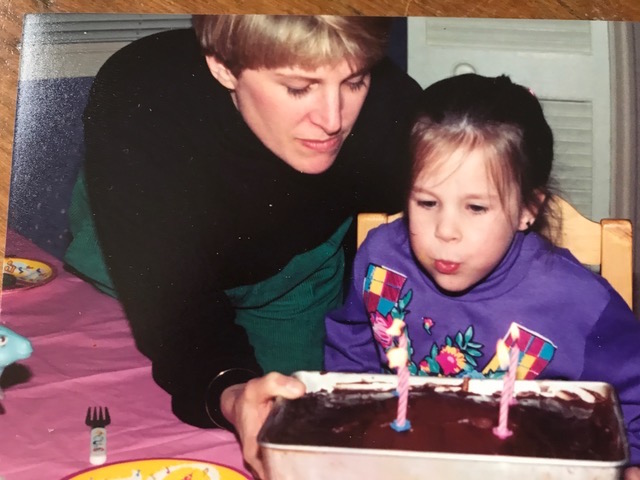 I waited for her to acknowledge the sudden influx of calls, but she never did. Maybe because she didn’t want to spook me. The trouble was, without telling her about my plan, I was only able to ask a couple of hard-hitting questions without seeming suspicious, leaving my mom to guide the conversation based on what she deemed worthy. When it came to everyday happenings, she was happy to fill me in, but when it came to the life she lived before she had kids, it was as if she’d curated a concise summary that she in no way would deviate from. I wanted to get to know her on a deeper level, but I also didn’t want our conversations to feel like an interview.

One night, after my third glass of red wine, I asked her point-blank how many partners she’d had before she met my dad. “I’m not having that conversation right now,” she said, her voice switching into a firm, parental tone. “When can we have that conversation?” I asked, the alcohol making me precocious. I wanted to tell her this was the time, that there could be no better time, but she just sighed and told me she needed to go to bed.

When we were about a week in, we finally got past the small-talk when my mother opened up about her concerns about retirement. After 27 years at the same job, she was finally leaving her position at the Children’s Hospital of Eastern Ontario where she worked as a child life specialist—a job she loved, but found emotionally draining. She ran the playroom in oncology, using her skills in psychology and early childhood education to keep everything as normal and fun as possible for the kids who were there for treatment.

That night, as she spoke, her voice cracking with emotion, I felt a bit sheepish about typing her thoughts into the notepad of my iPhone. “I’ve lost two identities in so little time,” she told me. “For years I was a stay-at-home mom, then I was a child life specialist, now I’m neither of those things.” I let the silence sit between us, reminding myself that I was doing this whole thing to learn what she thinks, not shift it. I can’t imagine what it feels like to be 60. How it is to force a smile as people tell you to celebrate another year when you just feel miserable. What anxieties lay on the other side of a career. I don’t know what it’s like to be, as she said, “a horse put out to pasture.”

In my excitement about her finally opening up, I asked her, “Is it scary because you’re confronting the possibility of your death or because you don’t know what to do while you’re alive?” which effectively killed the conversation. 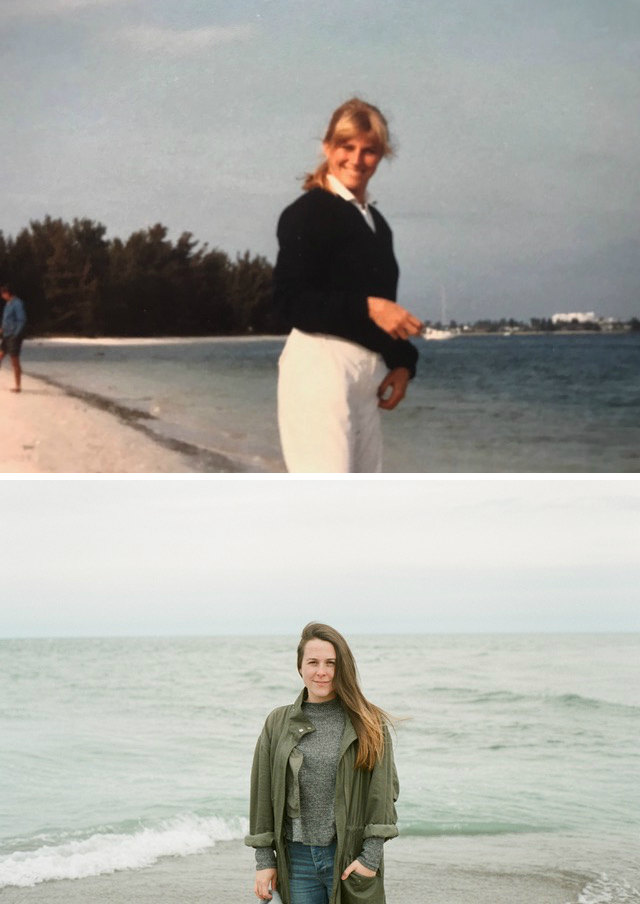 “I want to know my mother beyond the small-talk and the check-ins. I want her to open up about her childhood, about what it was like to date, about dealing with menopause, about anything—before it’s too late.” The author’s mother (above) at age 28, the same age Megan Robinson is now. (Photos, courtesy Megan Robinson.)

I never consider what it is to be a daughter. Other than some guilt here or there about not visiting more, or calling more, my parents let me be whoever I am. Being a daughter has always been such a passive role in my life. Now, my mother identifies as an orphan and it reminds me, every time she tells me she misses her mom, that the time we have together is finite. It’s a bit disorienting to try and evolve the roles of our mother-daughter relationship, but the more we talk, the more I feel that I have something to offer her. It’s probably the first time I’ve realized I can give as well as take.

On day 24, when I was out for a walk, I caved and told my mother about what I was doing. Through the phone, I heard her tone shift, getting a bit more high-pitched, but I couldn’t tell if she was hurt or not. Then she said, “I’ve been telling everyone you’ve been calling me. I said to my coworkers, ‘I think my daughter is actually starting to like me.’”

We kept talking, as the sun was setting. I could hear her bustling around in the kitchen.

“When does the month end?” she asked.

“Next week,” I answered.

She’d be in Mexico that week, celebrating her retirement with my dad. She asked me if I could extend my calls to when she was back—she didn’t want to clean, cook, do dishes, or answer to anybody while she was on vacation. I was relieved she wasn’t upset, and amused she’d lumped our calls into the same category as household chores. I asked if she wished I’d told her, and she said no because she would’ve been upset on the days I didn’t call.

“Of course,” I told her, “I’ll keep calling when you come back.”

What I should’ve said, which I’ve only realized now, is even on the days I failed, I was still thinking about her.

Megan Robinson is a writer based in Toronto.