‘Ask Me How Many Children I Have.’ A Mother On Losing Her Baby

I went into labour at 27 weeks and delivered two tiny boys. Before Liam died, I didn’t know how perilous and unlikely it was to be alive. 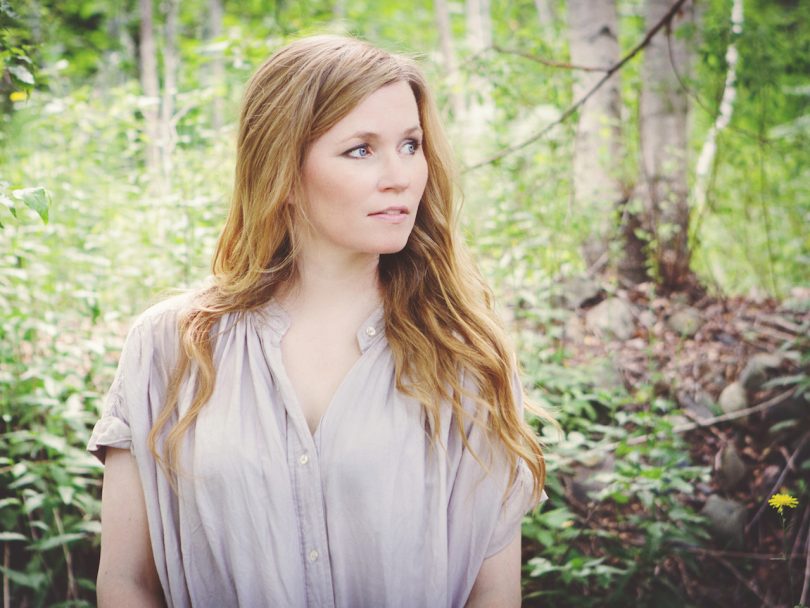 An uneventful life is only something you can appreciate in hindsight.

In the middle of the night in my 27th week of pregnancy, an ER team sprinted down a hallway pushing me on a gurney. The wheels wobbled and squeaked as the doctors shouted ahead, crashing through double doors, and the fluorescent lights on the ceiling blurred together like cards in spinning bicycle spokes.

Two babies were in my belly, and my belly had failed. The doctors lifted them out of me, each son weighing two pounds. A few hours later, in shock, I was wheeled into a room full of tubes, machines, and humans in peril.

INGLIS, BABY A. I saw an alien, purple and swollen, his legs splayed open, his body lifeless. A ventilator and medical tape blocked his face. I saw disaster.

INGLIS, BABY B. I saw a hairless kitten with legs the girth of his father’s thumb. Pale skin hung off his bones as though it were two sizes too big. He was small — too small. I saw lions and bears. I saw fire. I saw Liam and Ben.

One of them died. I will explain.

What happened was a crash C-section, two-pound twins born three months too soon by frantic incision and chest compressions. Heart surgery, brain surgery, morphine like a battleground. Two months later, we walked through sliding doors to fresh air and grass, away from antiseptic and toward a Cheerio-riddled floor. We were outside, finally, carrying one baby boy.

People saw us and lurched. Some turned away. Some asked, staring at their shoes, how we were doing. I learned how to respond with a nonresponse.

It’s been rough, but we’re okay.

We’re just trying to focus on what we have.

I had spent Liam’s life wandering hospital hallways and nursing stations and pumping rooms with rat’s nest hair, red eyed and puffy faced. Those six weeks brought more tears, terror, and panic than I’d ever felt in my life. Then he was gone, and sometimes in conversation I’d slip into the clinical highlight reel because I couldn’t handle one more We’re okay for the sake of keeping the room comfortable. I’d either make people cry or stare at their shoes. I’d like to think I didn’t mean to, but maybe I did.

Alone, I’d smell antiseptic. I’d hear the machinery, the alarms, the chilling squirt of the line into his scalp. I’d feel his skin on mine. For years, I would meet people and think: Ask me how many children I have. Ask me so I can tell you three, but only two. Ask me what happened.

What I wanted was a lapel pin: I HAVE AN INVISIBLE SON.

People at a loss for words might say stuff like this to you: Your story makes me realize how easy we’ve got it / how insignificant my problems are / how lucky I am. I think my life is so hard but then I think of you.

You’ll imagine taking them by the shoulders, pulling them close, and kneeing them in the groin. Wait. No. A falling anvil! A flaming bag of dog shit! A trip wire and down they go, and you have a SLOW-MOTION REPLAY button and you hit it again and again.

They’ll say Thank you for reminding me to hug all my favorite people a little tighter today, because I can!

You’ll stew about it for a few days. Then you’ll soften up and let it go because you’ll realize you might have once been, at best, at a loss for words. Or at worst, the justified recipient of someone else’s fantasy flaming bag of dog shit. We are a clumsy bunch when it comes to tragedy, especially in the West. We don’t understand it at all until we understand it too much.

Before Liam, I didn’t know how perilous and unlikely it was to be alive. I knew it, but I didn’t. His death was a total breakdown of every assumption I didn’t know I’d been assuming. What is good? What is love? Why everything? I had felt intentional in my life to that point, but I’d been bumbling along eating crackers, futzing over the way my belly stuck out. The conundrums we inherit as sentient creatures . . . I thought I knew. But I didn’t. Not to say you are unenlightened until you suffer deep pain. But that’s how it was for me.

As the only animals who know we will die, how should we live? This is the sweet and futile agony. It’s where every inner monologue comes from. We obsess over happiness, completeness, and chemicals that gently cover grey hair. We buy heart-shaped rocks painted with Stand in Your Truth and Brave Is Free. Somehow, despite knowing loss will happen to us—and that our own ashes will someday be inside an urn on the lap of somebody who loved us—it’s still incomprehensible.

Two months after he died, on the eve of our release, I sat in the transition nursery feeding Ben. A young nurse sat in a rocking chair next to me, resting for a moment. After a long span of quiet, she made a confession.

“I was there, you know, when they were born.”

Her name was Julie. I had been walking around with staples in my belly, and she’d been there when it happened. On the night everything went wrong, she’d seen my guts all sprawled out. I hadn’t known. She continued, almost in a whisper.

“It was the scariest thing I’ve ever seen.”

Thinking they were pulling up bootstraps, some people would say the most awful things. They’d say Count your blessings or Everybody hurts or You’re not the only one that’s gone through pain.

It was cruel, maddeningly so. I wasn’t pornographically sad. I was a mixed bag of dark days and decent days. I tended to regular things, hiding what spun nonstop behind my eyes. In flashes of misguided vulnerability with the wrong person I’d share a small piece of the sadness and they’d say Why do you think you are so special? I’d stare slack-jawed, in shock.

In a parallel universe, I stood up for myself: You are the one who isn’t brave. I am the giant.

Every now and then, a different sort of person—someone who wasn’t afraid—would look right at me and say I am so upset this happened to you. I would crouch over it hungrily like a bear with a carcass. It was sustenance.

It was the scariest thing I’ve ever seen, said Julie, who had been with us all along.

“Thank you,” I said, which is as much a strange thing to say as it is the only thing.

Years later, Julie landed in the NICU with her own twins, one of whom died. It was almost poetically eerie, as tragic coincidences go. She wrote to me How did you get through this?

I don’t know, I responded. But you will. 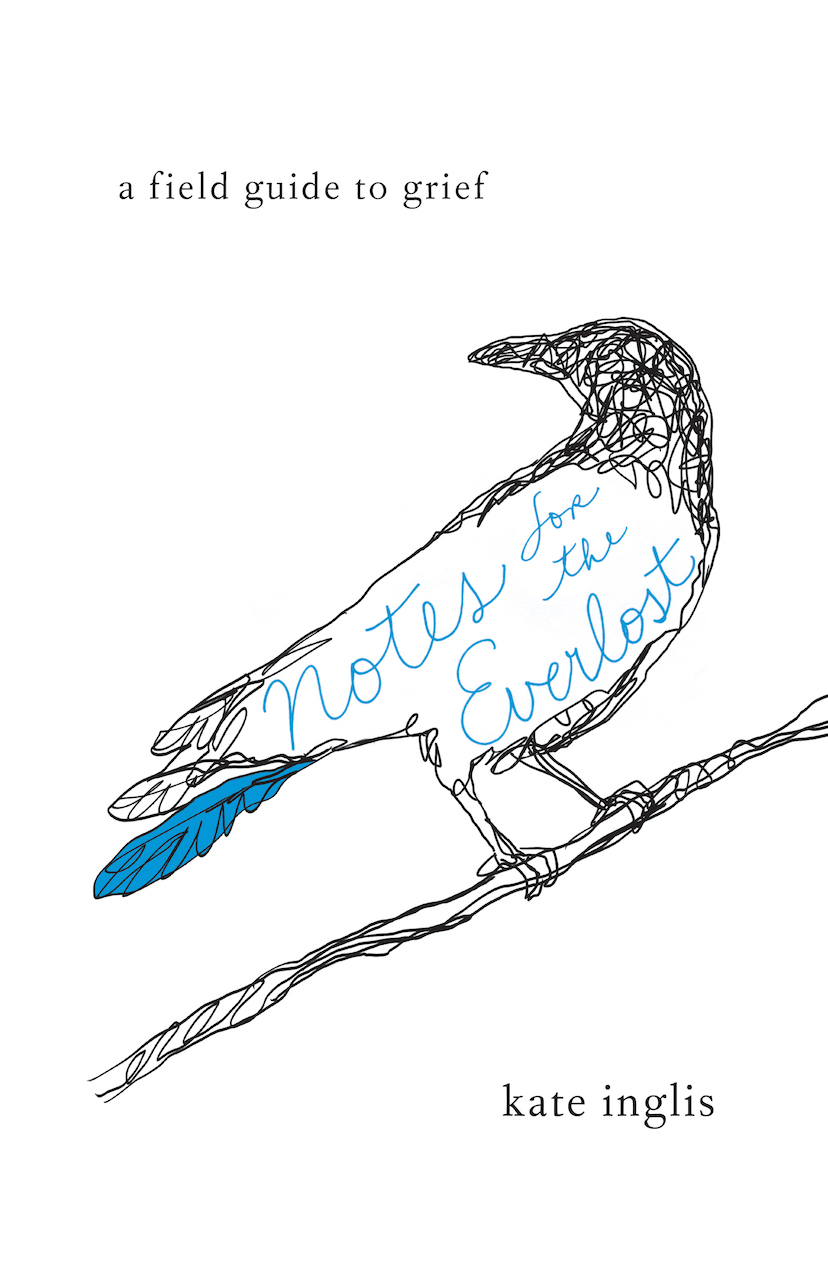 This has been excerpted from Notes for the Everlost by Kate Inglis © 2018 by Kate Inglis. Reprinted in arrangement with Shambhala Publications, Inc. Boulder, CO.