What will it take to stop the rape epidemic?

Public support for survivors of sexual assault has skyrocketed since multiple allegations against Jian Ghomeshi surfaced late last fall. But if 2014 was the year of #IBelieveHer, can 2015 be the year we #BreakTheCycle? 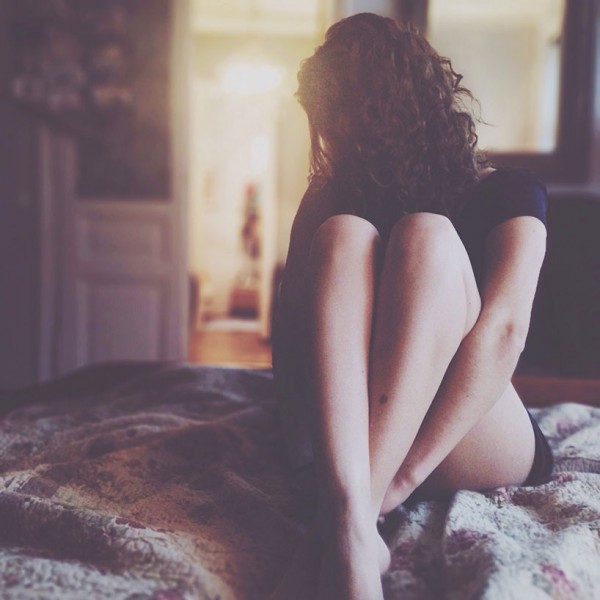 The Saturday evening in September started out innocently enough, with two first-year students from Concordia University getting ready to enjoy a night out in Montreal. Tess (who wishes to remain anonymous) was 18; her girlfriend was someone she knew from high school. At a bar on Boulevard Saint‑Laurent, Tess met a football player from McGill University. They danced. They kissed. He and one of his roommates, another football player, invited the two girls back to their place. They said sure.

“They offered us drinks, and my friend said no, that she’d had enough. They got cans of beer and brought them over, and mine was already open. I still think that was weird,” Tess says now, nearly four years later. The football players’ two other roommates came home; the group of four became six. Eventually they headed to the back patio, and that’s where Tess’s memory starts to cut out.

She says she was “really drunk” by then and suspects her drink was drugged—though she’s not sure whether it could have happened at the bar or the house. She does know that she went inside at one point to use the bathroom and that her friend had left without her. After that? “The next thing I remember, I was in a bedroom with the guy I’d met at the bar, and I didn’t have any clothes on,” she says. She doesn’t recollect how they started having sex, just that when she regained consciousness, he was on top of her.

Then Tess saw a second roommate, also a football player, standing naked in the doorway. “I could tell where it was going, so I started to say, ‘No, I don’t want to …’” she says. Tess recalls the first guy saying, “We’re all bros here. Just go with it,” as he got out of the bed and the second guy got into it. Tess alleges that he, too, had sex with her. Eventually, a third roommate, the one from the bar, appeared in the door. That’s how it went, back and forth, among Tess and the three football players, according to her account of that night. (FLARE requested an interview with each young man through his respective lawyer to get his side of the story. All three lawyers declined on behalf of their clients. All three also noted that their clients maintain their innocence—and maintain that the sex that took place that night was consensual.)

“There were always at least two of them in the room at a time,” Tess recounts. “They were watching each other.” She didn’t kick and scream or call for help. Instead, she told them she hadn’t shaved and that her breasts were too small. They kept going, and eventually she stopped talking. “They’re all huge football players. What could I do?” (Tess, who is five-foot-six, weighed around 100 pounds at the time.) They weren’t rough with her, just indifferent. Eventually they left her on the bed and shut the door. She passed out.

In the morning, Tess says the first young man woke her up. “He threw my clothes at me and said I had to leave because they had practice.” Tess asked what happened; he told her she had had sex with all three of them. Confused and hungover like never before—she describes feeling “dazed” and “out of it”—Tess headed home. Later, she phoned her sister. “She was like, ‘It sounds like you were raped.’ I said, ‘No, no, I’m fine.’”

But she wasn’t fine. She stopped eating and skipped class. A month later, she went home for Thanksgiving and—largely because of the emotional fallout from the alleged assaults—never returned. She struggled to find her own version of the events. “You don’t want to accept what happened, so you talk yourself out of it,” Tess says. “You’re like, Wait, I went to their house and I ended up in his bed and I must’ve been flirting with him, so it looked like I wanted it. I must have.” It wasn’t until she told her mom, days later, that she began to consider the possibility that she might have been raped.

A week passed before she went to a doctor and then to the police. This delay meant there was no way of proving whether she had been roofied. Nearly seven months later, in April 2012, all three young men were charged with sexual assault, and two with forcible confinement; the latter charges were eventually dropped. In November 2014, the Crown also dropped the sexual assault charges after a witness came forward via email. The witness, Tess’s former residence advisor, claimed Tess told her the morning after that the sex had been consensual, which Tess denies.

Debora De Thomasis, a Montreal-based defence lawyer for one of the accused, contends that Tess wasn’t drunk and that there was no evidence to suggest she’d been drugged. In “cases where GHB was used, the real victim would have never remembered ANY details of ANY assault whatsoever,” she wrote in an email. (However, a former Crown attorney who has handled a lot of sexual assault cases told me later that rape drugs vary in effect.) De Thomasis also notes that Tess kissed one of the accused at the bar and talked about threesomes at one point. Tess admits this is true but is angered by the idea that these actions imply consent.

After talking to Tess, emailing with De Thomasis and speaking to the other lawyers involved, as well as the Crown prosecutor, the only thing that’s clear about this case is that it remains a mess. It’s impossible to prove whether a crime took place. But the case is equally impossible to ignore for the questions it raises about the contentious issue of consent, what constitutes sexual assault, the burden of personal responsibility and the definition of healthy sexual behaviour.

In other words, it’s a standard case of alleged rape.

Read the rest of the feature on Flare.