Is The Good Will the most woman-friendly bar in Canada?

The Winnipeg watering hole sidestepped the harassment-heavy culture of late-night spots to create a safe space for its female patrons. 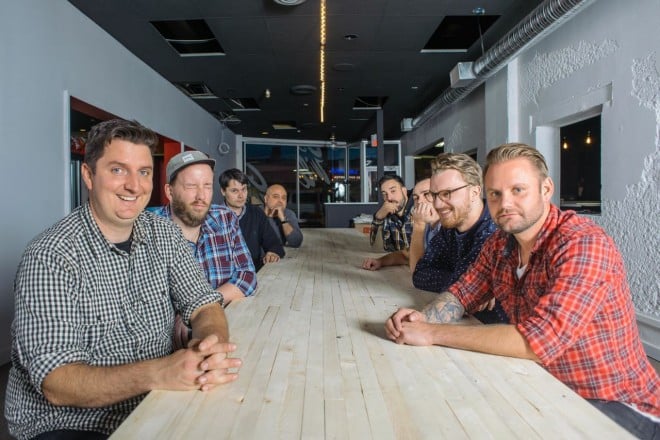 How is it that an establishment owned by nine men has become perhaps the most female-friendly bar in the country? Looking to circumvent the harassment-heavy ambience of some late-night clubs, the owners of Winnipeg’s The Good Will opened their coffee shop/pizzeria/bar in October of 2014 with a stocked liquor supply and a mandatory safe-space policy. We caught up with co-owner and DJ Tyler Sneesby to talk about the House Rules, a game-changing approach to bar culture.

What inspired the decision to adopt the House Rules?

Before The Good Will opened, someone did a news story about us that prompted a bunch of comments on the article — things about us just being “another male-dominated venue.” At first, my reaction was a bit defensive. I thought, ‘I’m a decent person!’ I realized that people were in need of a safer space where booze is served. There wasn’t a place like that in Winnipeg where people could say, ‘If you don’t feel safe here, if you feel threatened at all, you can feel comfortable telling any member of the staff and we’ll know how to handle it.’ It’s been an amazing process. I look at life through a different filter now. [Winnipeg activist and sex educator] Jodie Layne was a big part of guiding us through the whole process.

How did the process of creating the House Rules get started?

My first step was looking at other places’ safe-space policies, including one that Jodie wrote for the Rainbow Trout Music Festival, which she helps run. I found ideas that applied to this venue and then, with Jodie’s input, whittled them down and put them in our own language. Once that was finished, we had Jodie come to a meeting to train our staff on how to handle a complaint.

It’s not about dictating that people act right — it’s to let people know that if someone doesn’t act right, you can tell any of us and we will take it seriously. [Our policy] was developed last fall when there was a lot of news in the national and international media about believing and listening to victims of sexual assault. That was going through my mind while writing this. Ultimately, we’re trying to be more of a community space as opposed to a bar. We’re open seven days a week from 11am until 2am, so we have people here all day every day.

What has the reaction from the community been like?

It’s been great. It’s funny: When we put the Rules up on social media, there was another venue in town making headlines for having a sexist poster on their wall. The venue handled it properly — they said, ‘Sorry, thanks for letting us know, we’ll take it down.’ It was the reaction on social media that was the disappointing thing — everyone said [to the complainant] ‘Hey, get over it!’ Which is never the right response. I think [in the midst of that] people were glad we came up with our policy.

We’ve had a positive reaction from the music industry as well. I’ve spoken to people at Manitoba Music who are thinking about doing the same thing for their membership; I’ve talked to someone with the jazz festival [which] who’s thinking about having a safe-space policy for the events they produce. It’s making other people in the industry realize that it’s a good idea and it is possible. I think if more venues and concert producers do it, it’ll be good for the community.