What’s Next For Prince Andrew?

The Duke of York is staring down a sexual assault civil suit. We asked three experts to weigh in on the potential outcomes. 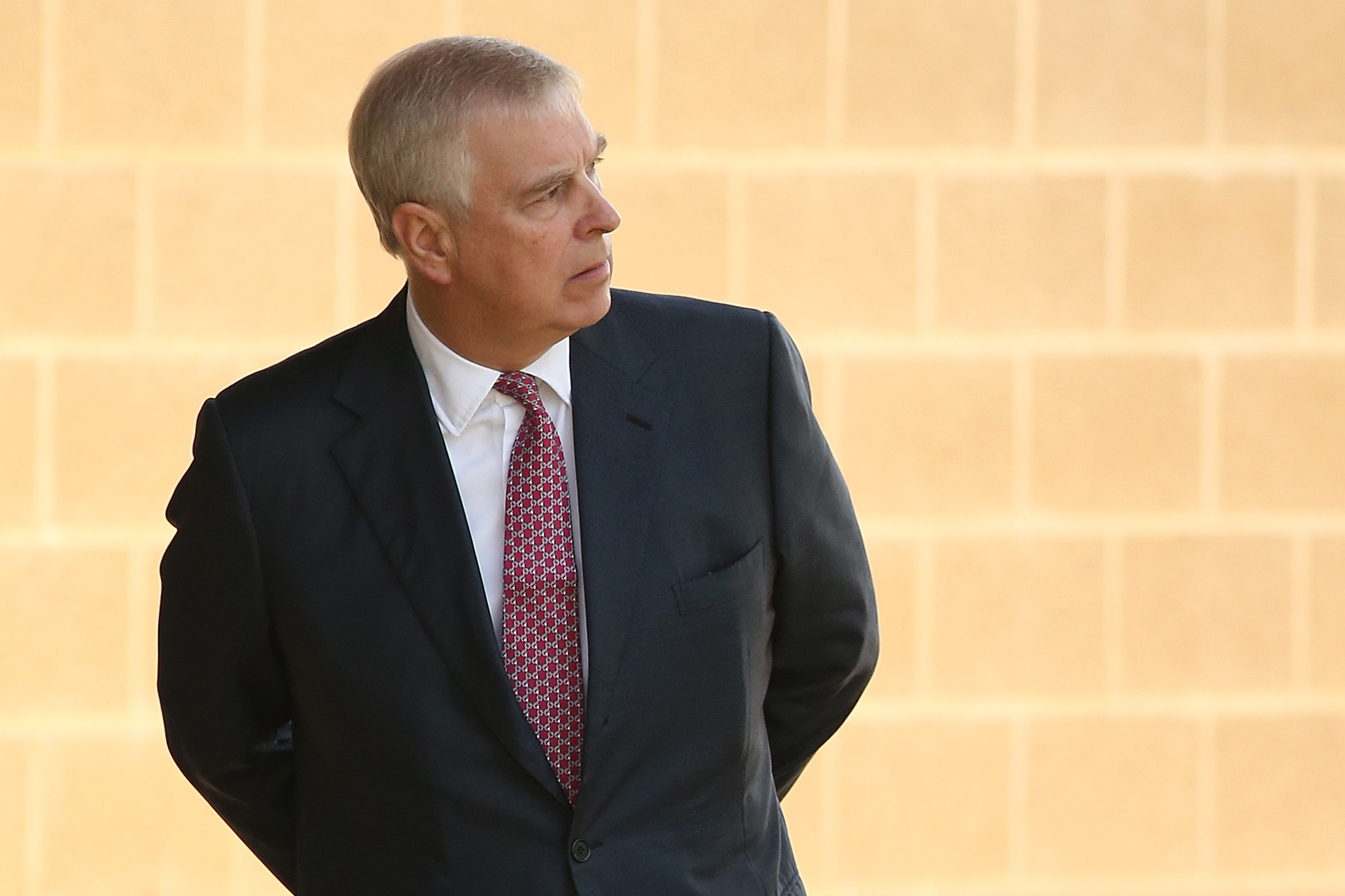 Now that Prince Andrew’s attempt to have Virginia Giuffre’s civil sexual assault suit against him dismissed has failed, the Duke of York is faced with two potential outcomes: a costly settlement or embarrassing trial. Either way, he’ll be going forward minus the public support of the Royal family. Last week, the Queen stripped her second son of his patronages and affiliations. He will also no longer be referred to as “His Royal Highness.”

Chatelaine reached out to a civil litigator with experience in sexual assault claims to determine what’s next for Prince Andrew.

“I think I would likely be having a frank conversation [with the Prince] about settlement,” says Gillian Hnatiw, principal of Gillian Hnatiw & Co. Advocates, in Toronto. “I don’t know that there is a lot to be gained by continuing to fight this.”

However, Prince Andrew seems to disagree: On January 26, 2022, his legal team filed an official denial to Giuffre’s claims and requested a jury trial.

Prince Andrew has been facing accusations from Giuffre, one of the most vocal of convicted sex offender Jeffrey Epstein’s alleged victims, for years. The first mention of his involvement dates back to a 2015 deposition given by Giuffre, who alleged she was forced to have sex with Prince Andrew by Epstein and his longtime associate (and recently convicted sex offender) Ghislaine Maxwell, whom Giuffre claims trafficked her to wealthy men.

Prince Andrew has always vehemently denied Giuffre’s allegations, claiming they are untrue and without merit.

In August 2021, Giuffre filed a lawsuit against Prince Andrew, alleging he sexually abused her when she was underage and with the knowledge that she was being sex-trafficked by Maxwell and the late Epstein.

On January 4, 2022, Prince Andrew’s lawyers argued to dismiss the suit in New York federal court on the grounds that it violated the terms of a 2009 settlement between Giuffre and Epstein. That settlement agreement, which resulted in a $500,000 payment to Giuffre, contained a provision that released “any other person or entity who could have been included as a potential defendant” from any further legal action.

Hnatiw says this kind of provision isn’t entirely uncommon in civil settlements. Moreover, she says it would be standard for a defendant’s lawyers to try and get a suit dismissed on account of a provision like that.

“It’s not unheard of that a case would get kicked on that sort of technicality,” she says.

To her surprise, however, New York federal judge Lewis Kaplan did not kick the case out on those grounds. On January 12, 2022, he released a 46-page decision in which he determined that the “muddled release language” was simply too ambiguous to claim it implicitly covered Prince Andrew.

Both parties must now begin the deposition process, says Hnatiw.

That means Andrew and Giuffre will give detailed testimony that is subject to questioning by both parties’ lawyers. It also means they can depose other witnesses and make requests to collect a wealth of supporting evidence from travel and phone records to personal medical records. That process will happen behind closed doors, says Hnatiw.

Prince Andrew has publicly defended himself before, and his statements could come back to haunt him during the deposition process. In a now-infamous 2019 interview, Andrew claimed that he had never had sexual contact with Giuffre and had no memory of ever meeting her. He also questioned the authenticity of a widely shared 2001 photograph of him, Giuffre and Maxwell, suggesting it may have been manipulated. In the same interview, he also tried to cast doubt on Giuffre’s story by claiming her description of him as being sweaty during a night she says she spent with him in a London nightclub couldn’t be true as he suffered at the time from a medical condition that prevented him from sweating. He also claimed that he couldn’t have had sex with Giuffre on the night she claimed because he was at a Pizza Express restaurant with his daughter, Princess Beatrice.

Hnatiw says he hasn’t done himself any favours by speaking publicly.

“Prince Andrew has been unwise in his eagerness to put out a detailed counter-narrative, which I suspect is going to get picked apart [by Giuffre’s lawyers].”

Those statements already appear to be of interest. CNN reports that Giuffre’s lawyers have filed a request for documents to support his claims related to his Pizza Express alibi and his sweating.

The deposition stage of a civil suit could also include private and ongoing negotiations for settlement, says Hnatiw. (She notes that the possibility of a settlement is “still very much alive” despite the January 26 request for a jury trial.) If no joint agreement is reached by both parties a trial is the inevitable result.

The recent conviction of Andrew’s former friend, Ghislaine Maxwell is another factor that may weigh in Giuffre’s favour in the weeks and months ahead, says Hnatiw.

The strength of the “similar fact evidence” is significant, says Hnatiw. It may not help a lot, she says, but it helps.

On January 13, 2022—the day after Judge Kaplan refused Prince Andrew’s request to dismiss the civil suit—the Queen stripped her son of his royal patronages and honorific military titles. Buckingham Palace also announced that the Duke of York would no longer be referred to as “His Royal Highness.” His official Twitter account—@TheDukeofYork—has been deleted.

“It took a long time to get here, but I certainly wasn’t surprised,” says Kristin Contino, chief reporter at Royal Central—a UK-based royal news site—and author of the novel A House Full of Windsor.

This is not a new method for dealing with trouble in the family, however, says Robert Morris, a senior researcher at University College, London who is working on a monarchy project focused on the condition of the European monarchies.

“It was also the outcome following Harry’s departure to the USA. He was asked not to use his HRH title and his honorific military appointments were discontinued… Being royal is not something that can be opted into piecemeal.”

After Edward VIII’s abdication in 1936, he too lost all his military titles and patronages, notes Morris.

Just hours before the Queen stripped him of his patronages, more than 150 military veterans wrote an open letter to the Queen protesting Prince Andrew’s military titles and roles.

Wrote the veterans: “Officers of the British armed forces must adhere to the very highest standards of probity, honesty and honourable conduct. These are standards which Prince Andrew has fallen well short of.”

They described him as “toxic” and argued he was bringing the services “into disrepute.”

While he is still technically the Duke of York, the Earl of Inverness in Scotland and the Baron of Killyleagh in Northern Ireland, some believe those titles should be the next to go. (Doing so would require an Act of Parliament.) According to The Guardian, a Nova Scotia high school named after Prince Andrew is also currently in the process of changing its name.

Whether or not Prince Andrew will attend any of the upcoming Platinum Jubilee celebrations remains unclear. The Queen is celebrating her 70th year as queen in April, a historic event as she’s the first English monarch to reign that long.

“Andrew is going to have a lot of time on his hands,” says Contino, “but I wouldn’t expect to see much of him publicly in the coming years. Things like attending his mother’s Jubilee celebrations certainly would not be well-received by the public.”

How the suit will conclude is anyone’s guess, especially now as the action moves behind closed doors. Hnatiw says she would be shocked if it goes to trial and speculates that any future settlement might also entail a sturdy NDA agreement preventing many of the details from being aired publicly.

Recent statements by Giuffre’s attorney David Boies suggest Giuffre wants to come out of this fight with more than just money, however.

“I think it’s very important to Virginia Giuffre that this matter be resolved in a way that vindicates her and vindicates the other victims,” said Boies. “A purely financial settlement is not anything that I think she’s interested in.”