'I Wish We Never Had Political Parties' 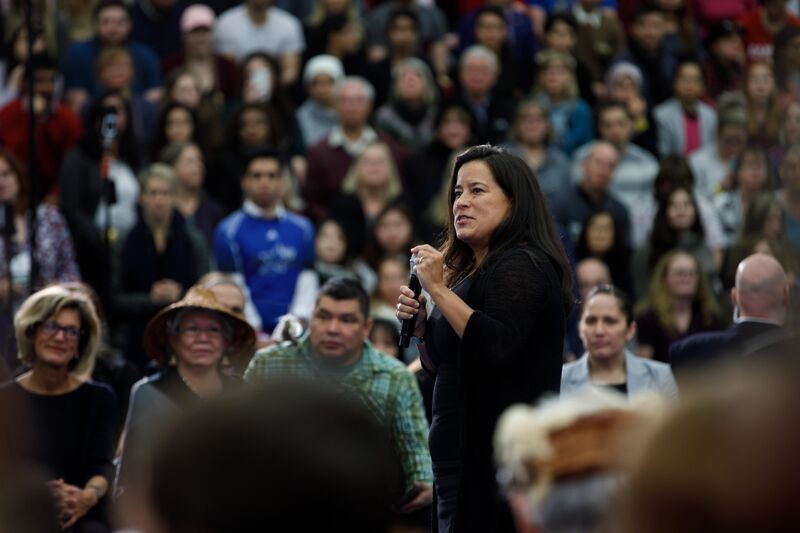 Growing up, Jody Wilson-Raybould had a different model for how society can function. The former minister of justice and attorney general of Canada was raised following Indigenous practices in a communitarian society. “My grandmother and my parents always taught me that everybody in a community always has a role to play, regardless of their gender or where they come from,” she says. “We functioned for millenniums on the basis of consensus decision making. And that doesn’t mean everyone agrees—we have vigorous debate and discussion, but once we’ve determined the way forward, that’s the way forward.”

That’s not, she found out, how things work in Ottawa. (Over concerns of government influence in the SNC-Lavalin case, Wilson-Raybould resigned from the Liberal cabinet in February and was expelled from caucus in April.)

In this election Wilson-Raybould is running as an independent in the riding of Vancouver Granville. This summer, Chatelaine sat down with Wilson-Raybould to talk about power, team building and the challenge of doing things differently.

Absolutely. That doesn’t mean it’s not incredibly hard to change patterns in behaviour that have been in place for a long time—there is still a patriarchy that is built into a system and you can feel that. It’s going to take time it’s going to take hard work, it’s going to take strong people to stand up, not just women but across the board to change how politics operates and how we can ensure that every Member of Parliament regardless of their gender has an equal voice. And that’s not necessarily the case and I think it’s a different story depending on who you ask and what dynamics and situations.
What has the response been to the decision to run as an independent?
I know that the deck is stacked against you as an independent, not many people have done it and been successful. But, we’re in a different period of time right now. People come up to me everywhere I go and the vast majority of them say thank you for what you did, thank you for showing that you can have principles in politics. I have the sense that a lot of people are frustrated with how politics happen. They have a perception of politicians that they are simply there because they want to achieve some perceived power. And I get that, everyone has to be re-elected. But I came into this world with a somewhat different worldview than other people.

How would you describe your worldview, then?

Well, I was raised Indigenous and I was raised in a communitarian society where women always held higher ranking names in our matrimonial societies. Descent was passed down through the woman’s line and women-raised chiefs, were the ones that provided the way forward or kept leaders on path that was determined by a community. My grandmother and my parents always taught me that everybody in a community always has a role to play regardless of your gender regardless of where you come from. And if somebody is inhibited from plaiting their role, then the community suffers. I came to Ottawa wanting to create the space for Indigenous communities to rebuild in a modern age. And I’ve realized that federal politics can learn a lot from my community and how things function when every voice counts and when simply because you have a difference of opinion doesn’t mean that your opinion is any less legitimate. That’s not necessarily the way that things work here.

If you could change one thing about how politics is done here, what would you change?

This goes to the very heart of why I’m running as an independent. I never chose to run as an independent, but for me, it’s the right choice given everything that has happened. I wish, and again this goes back to my worldview, we never had political parties, we never had divisions based on a particular ideology or a particular approach to an issue or a four- year election cycle. We functioned on, for a millennia, on the basis of consensus decision making. And that doesn’t mean everyone agrees—we have vigorous debate and discussion, but once we’ve determined the way forward, that’s the way forward. The goal being improving the quality of life. That’s not how it works here.

I would change the hyperpartisan nature of the environment we live in. We have 338 members of Parliament, all of whom have ran for a particular reason—maybe they wanted to change something, some people ran to get a job I suspect or to get power. But, 338 people offering the best ideas and solutions to a particular issue that is everybody’s problem, like climate change or Indigenous issues—that doesn’t happen because we’re compartmentalized for the most part into party or partisan lines. If we could break down partisanship and remove the adversarial nature of discussions, we could solve a lot more issues in a way that stands the test of time by moving toward consensus decision-making. Some people say it sounds naïve, but just because the way things are done right now doesn’t mean that that’s the way they should be done and they can’t be improved.

What was it that helped you sail through that difficult time earlier this year?

I’ve had pretty robust support system. I lean on my mother and my husband and our friends and supporters around. And I also know the values and principles that have guided me throughout my whole life. Speaking up and speaking the truth, is something that is just my way of life. I have to be able to look at myself in the mirror every night and know that I did everything that I could do and that I was true to those principles.

Tell me about your decision to run as an independent.

I knew it would be so much easier if I just walked away. But I thought about all those people who reached out, saying we really want you to continue on, thanking me for doing the right thing—there were literally over 15,000 pieces of correspondence. I knew that I would not give one person the power to determine how long I was in federal politics. Just because I wasn’t a member of the Liberal caucus doesn’t mean that my time in politics was over. I believe that I still have things to contribute.