Inuit art has long been shipped far away from its people. A decolonization process at the 109-year-old Winnipeg Art Gallery aims to transform the relationship between Indigenous artists and galleries. 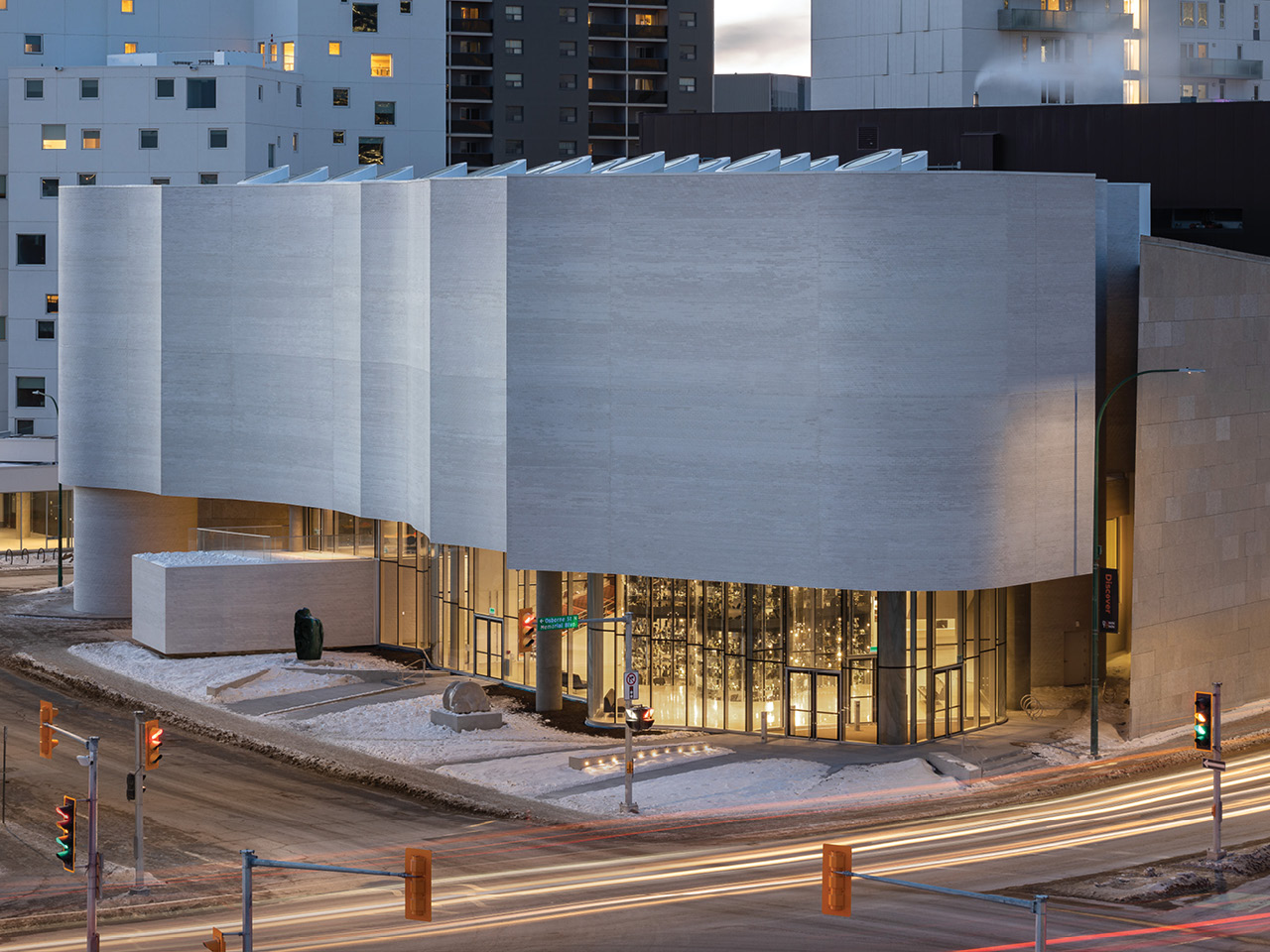 In my father’s community of Mittimatalik, Nunavut, spring ushers in the return of the sun after several months of darkness. It’s a fitting season for the Winnipeg Art Gallery (WAG) to debut its new Inuit art centre, Qaumajuq. Emerging from a long colonial legacy that still shadows Canada and the world, this astounding new building redefines the very function and possibilities of cultural institutions. Qaumajuq (pronounced kow-ma-yourk or sometimes heard how-ma-yourk) means “it is bright, it is lit” in Inuktitut, and it heralds an exciting new era for Indigenous art.

Since the mid-19th Century, Inuit art has been shipped thousands of kilometres away from our people and where our stories take place, to be primarily shown (and housed) in spaces that are largely inaccessible to us. This month, a big change in accessibility and relationship to community arrives with the opening of Qaumajuq, along with an array of transformative ideas several years in the making.

At 40,000 square-feet, Qaumajuq is also one of the biggest exhibition spaces for Indigenous art in North America. Architect Michael Maltzan’s design was “inspired by the landscapes, light, and peoples of the North, and reflects the forms and spirits of Inuit art.” Connected to the WAG by four glass bridges, the monumental four-storey centre houses nearly 14,000 pieces of Inuit art—the world’s largest collection. 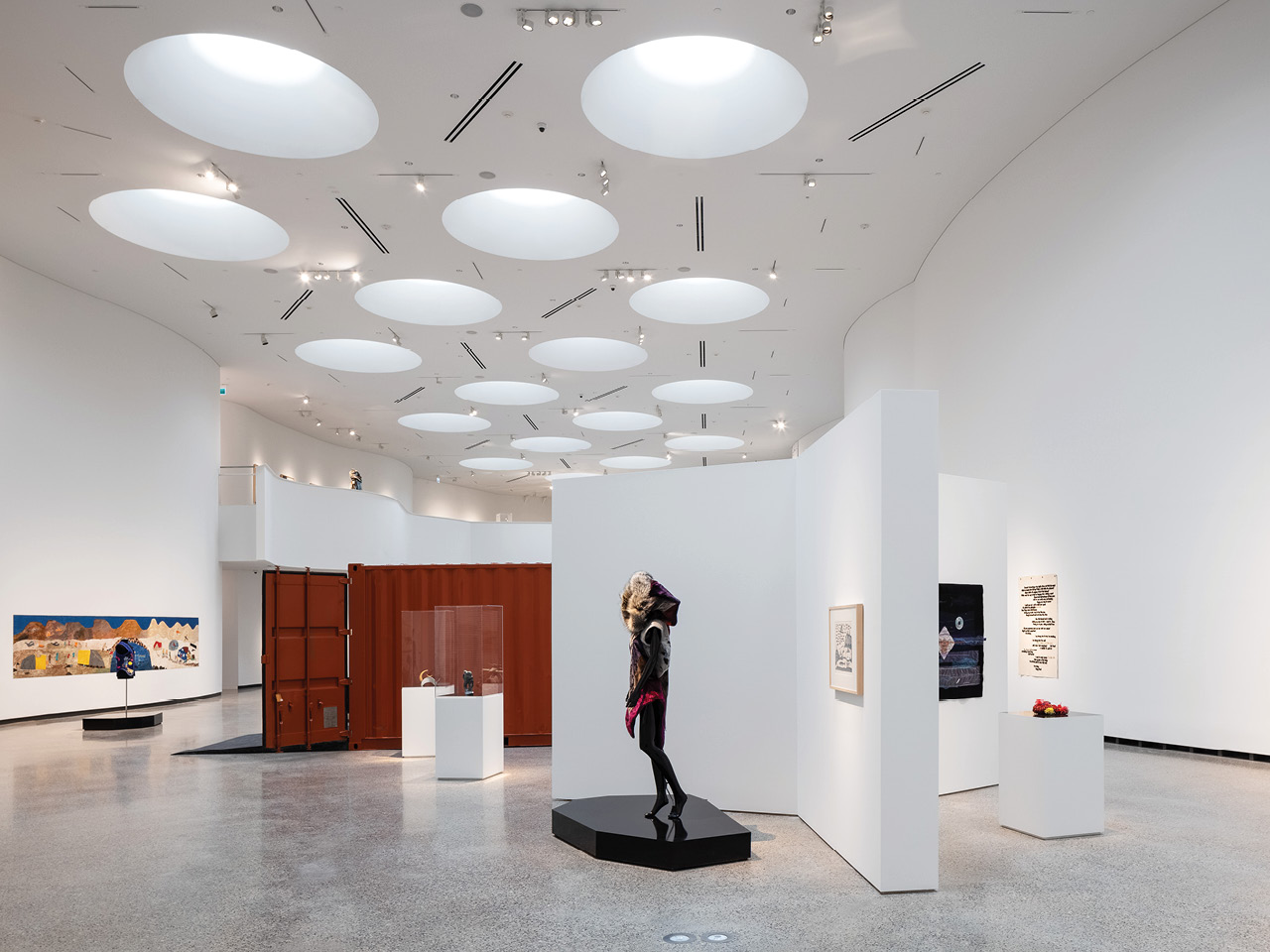 The grandiose scale is matched in innovation. This was led by the WAG’s Indigenous Advisory Circle, which challenged the gallery to completely rethink its use of space and artistic values in 2017. Thanks to the Circle’s exceptional co-chairs, the visionary curators Heather Igloliorte and Julie Nagam, as well as the willingness of the WAG to pursue institutional change, Indigenous knowledge holders, artists, curators and linguists from across Manitoba and Inuit Nunangat were able to guide staff in the decolonization and restructuring of a prestigious 109-year-old art institution.

Collaboration like this is embarrassingly rare. Canadian institutions often pay lip service to the Truth and Reconciliation Commission’s Calls to Action, or the UN Declaration on the Rights of Indigenous Peoples, but are slow to implement structural change. For art galleries and museums, moving from exploitation to respect means shifting the focus from objects to artists, and the communities we come from. It is, as Indigenous peoples have always asserted, about centring relationships–and actions that invite good relations. This includes dedicating resources, space and opportunities to Indigenous artists, and making way for cultural innovation that generates abundance for all.

One of the Circle’s successful suggestions was permanent, free admission for Indigenous peoples. “We want to send the message that you’re important here,” says Igloliorte. Indigenous staff are also being hired at all levels of operation, from security to management. “It is exciting to witness these changes going forward even before the new building has opened.”

Last fall, the entire WAG was transformed by Indigenous naming processes led by the Circle, along with a group of elders and language keepers. Following Qaumajuq, the existing WAG building also received a new name, Biindigin Biwaasaeyaah, which means “Come on in, the dawn of light is here” in Anishnaabemowin. Gallery spaces inside both buildings were renamed in Anishnaabemowin, Nêhiyawêwin, Dakota, Sayisi Dene, Michif, and four dialects of Inuktitut—reflecting the presence of all Indigenous nations across Manitoba and Inuit Nunangat. All staff are trained in the proper pronunciation of each name, so they can guide and welcome visitors through this reimagined space, which, in effect, prioritizes land acknowledgement above wealthy donors. 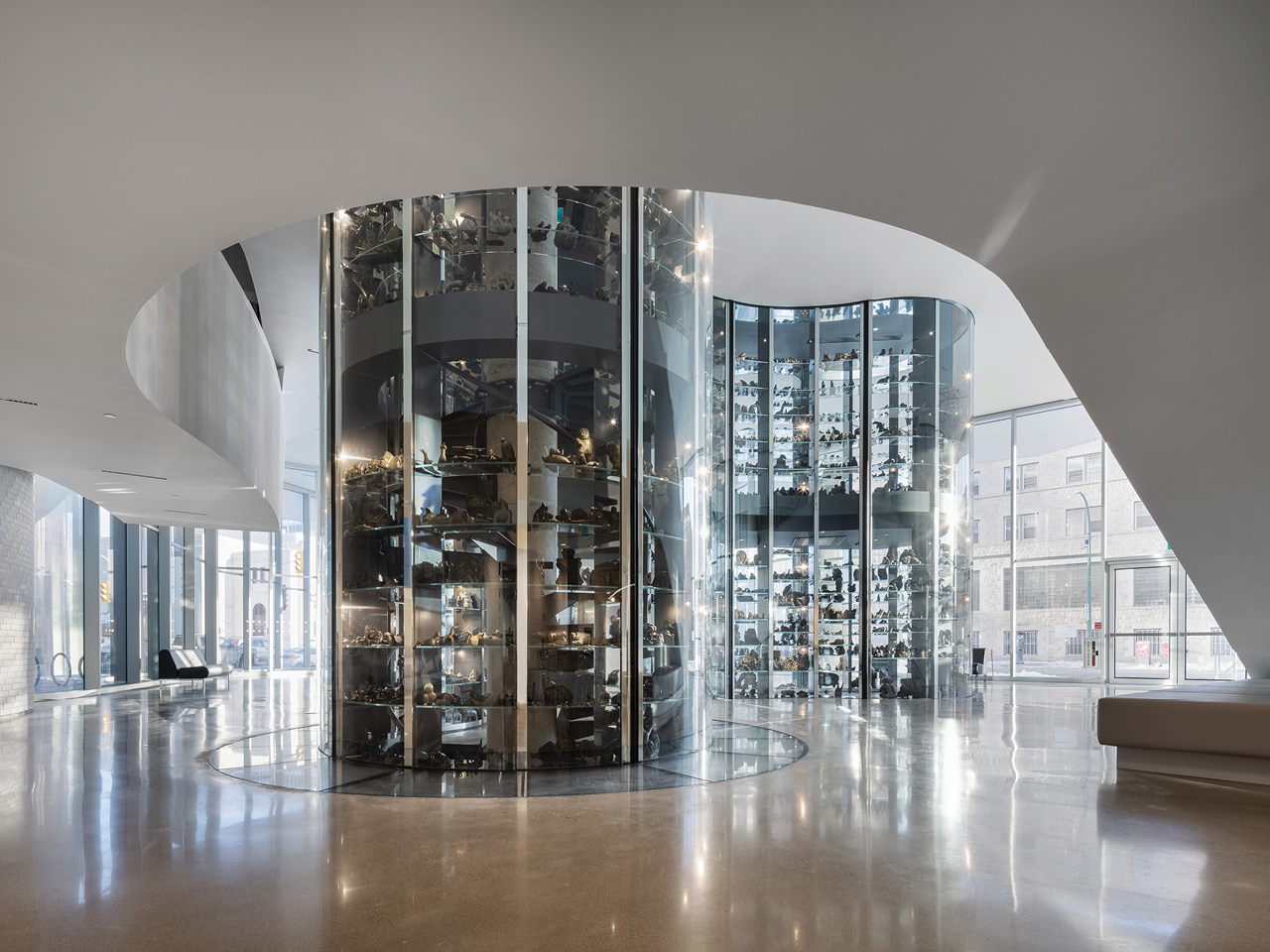 The centre of the entrance hall at Qaumajuq holds an exquisite three-storey glass vault showcasing the gallery’s entire collection of 8,000 Inuit carvings. “It’s exciting that the WAG is bringing these out of the windowless vault, and into the light!” says Igloliorte. This space is named Ilavut (“our relatives” in Inuktitut), honouring both the artworks and the artists as relatives, as well as all people whose cultural heritage is housed within Qaumajuq. Entry to Ilavut and the whole main level of the WAG is free to everyone.

This month’s opening exhibition, “INUA” is a landmark in Canadian history and an unprecedented celebration of Inuit art, led by a curatorial group representing all four regions of Inuit Nunangat. Joining Igloliorte, who is an art historian from Nunatsiavut, are Krista Ulujuk Zawadski, curator of Inuit Art for the government of Nunavut; artist and sculptor Kablusiakq (of the Inuvialuit Region); and Sobey Award-winning and multidisciplinary artist and filmmaker Asinnajaq (of Nunavik).

INUA showcases art of all media by Inuit artists from across Canada, as well as a selection of work by Indigenous artists from across the circumpolar world. I am fortunate enough to be one of the artists. To be showing my sealskin poem, Akia (2019), alongside other Inuit work in a momentous exhibition celebrating past, present and future of our art, in a space designed to uplift all peoples is a deeply wonderful reality I could not have imagined.

Qaumajuq, at long last, has arrived. Let us welcome the sun!

Virtual opening ceremony, March 25 and 26. Open to the public with limited capacity, March 27.