My New Boyfriend Has 3 Kids. I Wondered: Would I Have Any Love Left To Give Them?

My own daughter taught me about the bond of biological love. But I was about to discover how devoted I could become to other people's children. 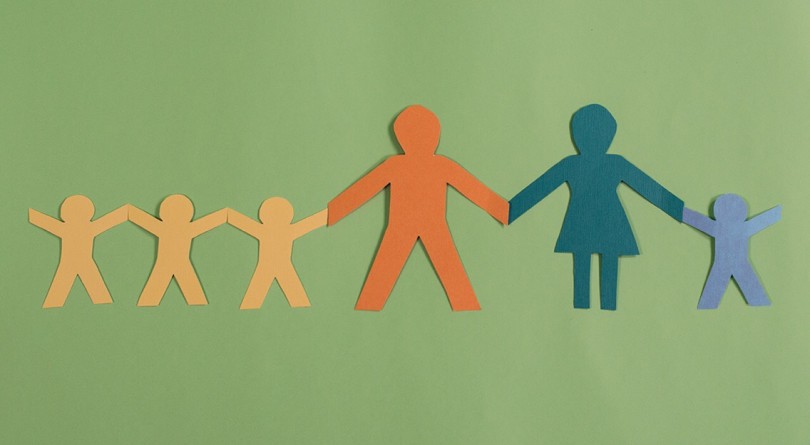 As a newly divorced mother in my late thirties, I did not set out to fall in love with another parent. I already had my daughter, and one was enough. I would meet, I imagined, a man who lived in a modern high-rise with granite countertops and copper faucets. He might have an ex-wife, but he would be childless.

Do I need to tell you what happened next?

He lived in a sprawling five-bedroom, red brick house. Why so many bedrooms? He had not one, not two, but three children — a teenaged boy followed by two younger girls. When I first learned this it felt abstract, like my new boyfriend was telling me he kept a tank full of fish. But things got serious quickly, and soon it was time for me to meet them. 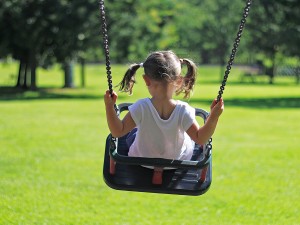 I was finishing my novel Strangers With the Same Dream around that time. It is set on a communal kibbutz where all the work was shared, including the rearing of children. Babies were raised in a baby house, by women who were not their mothers.  I thought about this as I prepared for the meeting. How would I respond to being involved in the lives of kids who weren’t my own? My daughter had schooled me in a kind of biological essentialism. As much as I disagreed with this idea intellectually, my body seemed designed to form an attachment based on nothing more than hormones and instinct. I loved my daughter with the kind of fascination elicited by an accident on the side of the highway. I was compelled to look, to keep looking. I could not look away.

I knew it would be different with my boyfriend’s kids, but how? I would never try to replace the mother they already had, but I wanted to be a good adult for them. Would I measure up?

And: Did I have any love left over inside me?

I met the kids on a rainy fall day in Kensington Market in Toronto. I saw how they followed their father around like baby ducks, quacking Dad, Dad, Dad. I saw how they adored him, and also how they completed him as a person, showing me a side of him I had not seen before. And I saw, in the way he loved them, his own incredible capacity for emotional expression. Thanks to them, I was able to know him more fully.

I could see right away that they were lovely little people, too — kind and bright, if understandably reserved. We circled each other warily. But they made an effort, and I made an effort, and out of this mutual trying came something that surprised me. 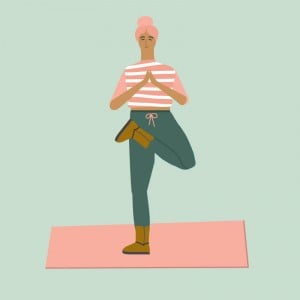 I thought I could fix my depression with yoga and Uggs. I was wrong

At first it was a conscious kind of affection, one that I fostered in myself in the same way the kibbutz members in my novel did for their collective children. This went on for several months, a kind of careful courtship. I tried to ask them the right number of questions, to be present but not too present. And then, all at once, like a seed taking root, I was entirely devoted to them. Maybe it was when the youngest first came to me for a hug, or when I heard the middle child utter an almost imperceptible “aw” when she learned I was leaving after a weekend together. I took the eldest to a movie and I became the nervous teenager, happy and relieved when we chatted openly and easily.

I have close friends with adopted children, and adopted cousins in my own family. I have friends whose daughter prefers her non-biological mother to her bio mom when she is injured and needs comfort. I have seen the way my own daughter adores my new partner—who navigates his relationship with her with incredible skill and grace. But, like so many things, to understand and to experience are different. I now had the chance to feel for myself what it is like to be chosen by a child for an honoured place in their inner circle.

On a beautiful spring day this past year my partner was going for a walk with his youngest daughter. She turned to him, tentative, and asked if it would be OK if she gave me a card for Mother’s Day. It was, like so many parenting moments, both ordinary and monumental. When she later presented me with the card, I saw she had carefully avoided the word “mother” and written, instead, “Your Awsome.”

I felt like I had hit the blended family jackpot. The card seemed like its own kind of contract. Our relationship was not biological, not one of mother and daughter, and neither of us wanted it or needed it to be. But she trusted me, and was honouring my place in her life. My heart had been full, but with that card she gave me something I didn’t know I was missing. Now my heart is overflowing.

Alison Pick is the author of the newly released novel Strangers With the Same Dream.