How the scrappy and spiritual Canadian from Thornhill, Ont.—who just won the 2019 U.S. Open—meditated her way to the top. 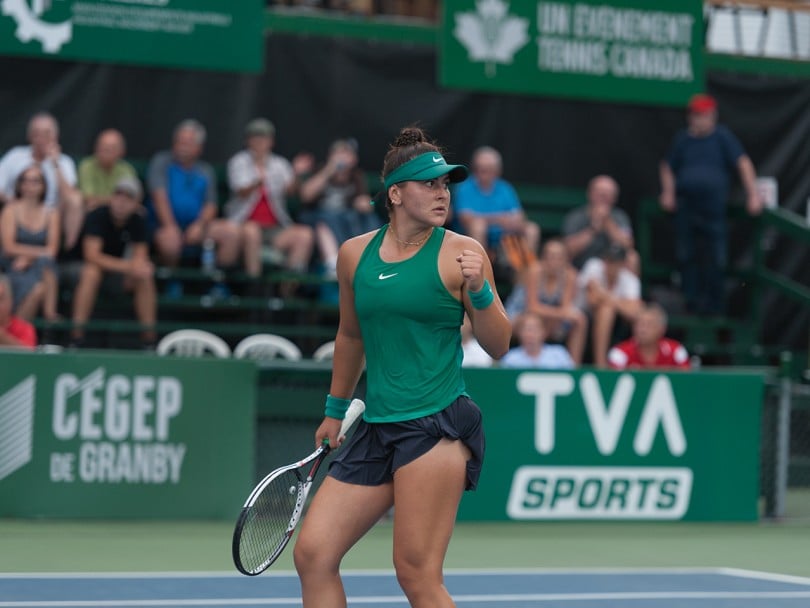 In March 2019, in the desert town of Indian Wells, California, Bianca Andreescu made it to the finals of the BNP Paribas Open. The then 18-year-old Canadian was up against the 31-year-old German Angelique Kerber, winner of three Grand Slam tournaments. As is her habit, Andreescu meditated before the big match, visualizing victory. In her short professional career, Bibi, as her friends and fans call her, had already surprised everyone by beating Caroline Wozniacki and Venus Williams, and besting longtime top Canadian Eugenie Bouchard.

Then her legs cramped up.

A pep-talk from coach Sylvain Bruneau made all the difference. “Afterward, I told myself ‘mind over matter,’” she says. She prevailed over her uncooperative legs and, ultimately, over Kerber. The win propelled her up in the rankings, to 24th in the world. She also earned a tidy US$1.35 million payout.

Listen to Kaitlyn McGrath talk about Bianca Andreescu on The Big Story podcast.

Andreescu is a curious mix of scrappy and spiritual, Zen and grit. She keeps inspirational keywords in her mind as she plays, slamming balls and yelping self-congratulation, demonstrating how much, how nakedly she wants it. She already has the full arsenal of weapons: a tricky serve, powerful groundstrokes, a decent net game. She also keeps her opponents off-balance with high lobs, slow-floating slices and surprise drop-shots. It’s rare for a player this young to learn how to use the whole court. Her savvy ability to mix it up like a veteran has commentators reaching for superlatives—“She’s making such reasoned, mature decisions” one observed when she beat another former top-ranked player, Garbiñe Muguruza, en route to the Indian Wells final.

Off-court, it’s her youth that shines through. She tells me she lives for hip-hop and thrillers and wishes she could spend more time with her friends. “If it’s all just tennis, tennis, tennis, I’ll go crazy,” she says. She has to make do with the increasingly intense adulation of fans from her parents’ country, Romania, and Canada, where she was born—she lives in Thornhill, Ont. The flags of both nations fluttered in the stands at Indian Wells. In her victory speech, she thanked the crowd in both English and Romanian, and later retweeted congratulations from both Prime Minister Justin Trudeau and former Romanian gymnast Nadia Comaneci.

“So far,” Andreescu says, “everything has been a highlight. Everything. I’m enjoying every second, but I want to win Grand Slams, to make history.” That’s an outcome she’s no doubt already visualizing.