The Graphic Novelist Who Dreams Of A World Without Men 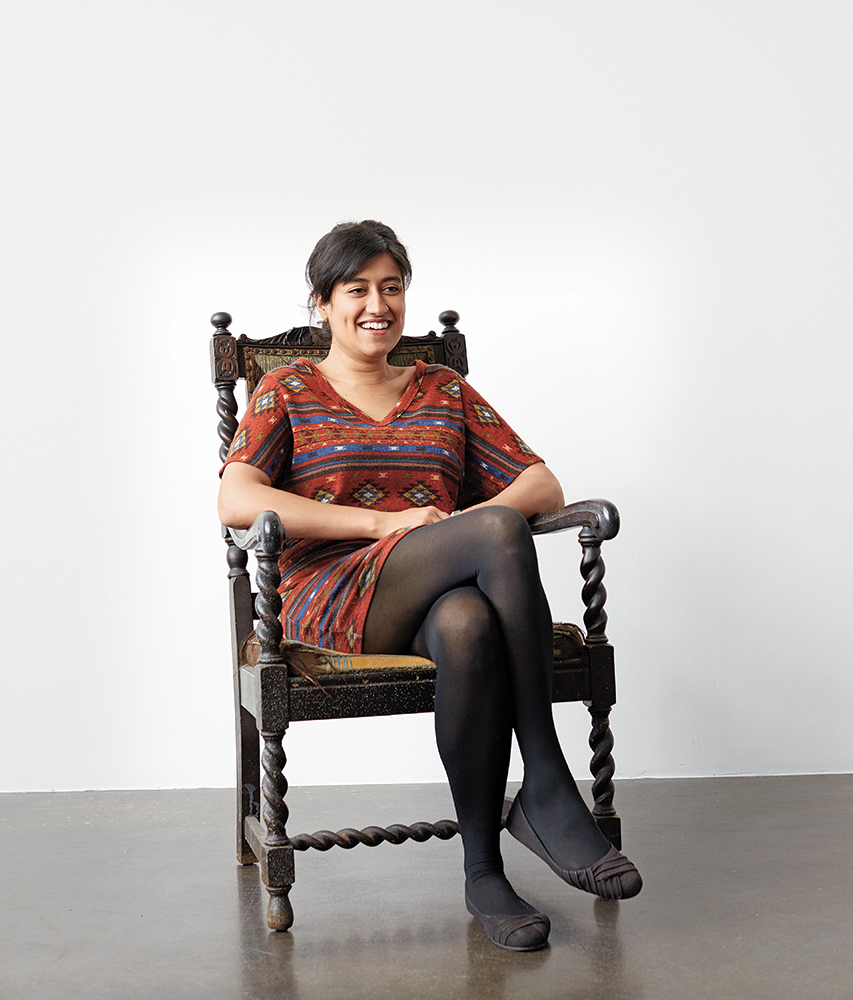 Like hundreds of thousands of women around the world, Aminder Dhaliwal spent January 21, 2017, in the streets, a Women’s March sign hoisted above her head. Her sign cheekily featured a quote from Leslie Knope, a favourite character from the sitcom Parks and Recreation: “If I was a stripper, my name would be Equality.”

Dhaliwal, who grew up in Brampton, Ont., is known for her sharp sensibility. She honed her storytelling abilities and lively animation style at Sheridan College and, in 2011, she won an internship at Nickelodeon. She now directs Disney TV shows in Los Angeles.

While hers was one of the more original placards at the march, it was another slogan she saw repeated over and over again that caught her attention: “The future is female.” What would the world be like, she mused, if men disappeared?

That radical notion, and the momentum of the #MeToo movement, inspired Dhaliwal to create Woman World, a sci-fi web comic. The comic pokes fun at the backlash to the march from anti-feminist trolls. “I was like, ‘Man, feminism is such an unapproachable topic,’ ” she says. “I wanted to make something fun and lightheartedly feminist.” Two months after the march, on International Women’s Day, Dhaliwal launched Woman World on Instagram with a cartoon of a naked long-haired woman standing before a crowd, proclaiming, “The men are extinct!”

She began adding new comics twice a week, eventually amassing nearly 150,000 followers. In her futuristic society , citizens salute a flag that bears an image of Beyoncé’s thighs, and the absence of men prompts existential doubt. “Women aren’t particularly happy that men don’t exist,” she says. One young woman is delighted to find an ancient DVD copy of Paul Blart: Mall Cop, a rare window into what she can only imagine mankind was like.

The comic has now been published as a book, with enthusiastic blurbs from two of Dhaliwal’s heroes, comedians Tig Notaro and Aparna Nancherla. Dhaliwal, who returns home to visit her mother in Brampton every Christmas, is touring the book in Canada this fall and winter.

Two years after the first Women’s March, Dhaliwal is thinking differently about many of the social justice efforts that day sparked. “Realizing that there is no end point has been big for me,” she says. “With #MeToo, there’s no point where we’re going to say, ‘We’ve done it! We’ve ended all harassment!’ It’s a process.”