This singer from London, Ont. is bringing soul back to Canadian country music, a world ruled by Stetson-wearing dudes. 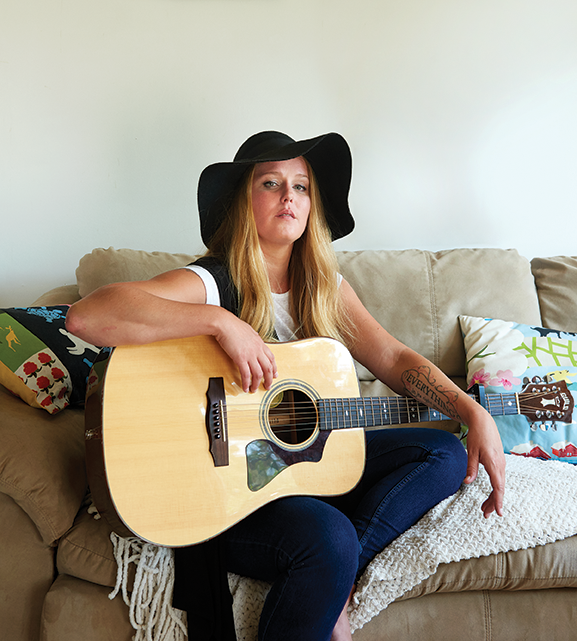 In a genre where too many singer-songwriters manufacture faux despair to sell records, Jessica Mitchell’s careworn voice is a rarity. “Never loved the way that I loved you/You left a mark like an old tattoo,” she sings in the first bars of her buzzy single “Workin’ on Whiskey.” You can hear that the loss is real, that life hasn’t been easy.

The bluesy heartbreak ballad earned her a standing ovation at the Country Music Association of Ontario awards this past spring, along with comparisons to Adele for her soaring vocals and emotionally raw storytelling. The performance was a breakthrough moment for Mitchell, who’d  faced rejection by an industry that collectively deemed her sound “too dark” for country radio, a medium dominated by the commercial twang of bro-country boot stompers. Weeks later, when she finally heard her song on the radio for the first time, Mitchell recorded a video of the moment, her face breaking into tears of joy and disbelief. It has been viewed over 66,000 times on Facebook.

Related: Dolly Parton on tight, sparkly clothes and the secret to long-term love

Fifteen years earlier, Mitchell was a strung-out teenager in London, Ont., addicted to cocaine and reeling from her parents’ divorce. She was also struggling with mental illness, later diagnosed as bipolar disorder — something she shares candidly with her audiences at shows. “That’s how I roll,” she says. “I’m very open about things.” In October 2012, Mitchell’s mother died after a decade of battling ovarian cancer. For a few months afterwards, she barely left her Toronto apartment. “There were moments when I was very close to not wanting to be on this earth anymore,” she says. The turning point came when she started pouring her pain into her music, writing deeply personal songs. Soon after, Mitchell signed a deal with Slaight Music, went on writing trips to Nashville and began crafting a massive catalogue of rootsy, honest, melodic tunes. This September, she hopes to nab the trophy for best roots artist at the Canadian Country Music Association Awards, which will be hosted in her hometown. Then, she’ll turn her sights on a follow-up record. She’s grateful for her new-found success but glad it didn’t come sooner. “I’m a stronger person now,” says Mitchell. “I think people are latching on because I know who I am, and it shows.”