I Don’t Regret Moving To Calgary From Toronto

Toronto’s subway stations have been overrun with ads promising a better life in Alberta. Is there some truth to it? 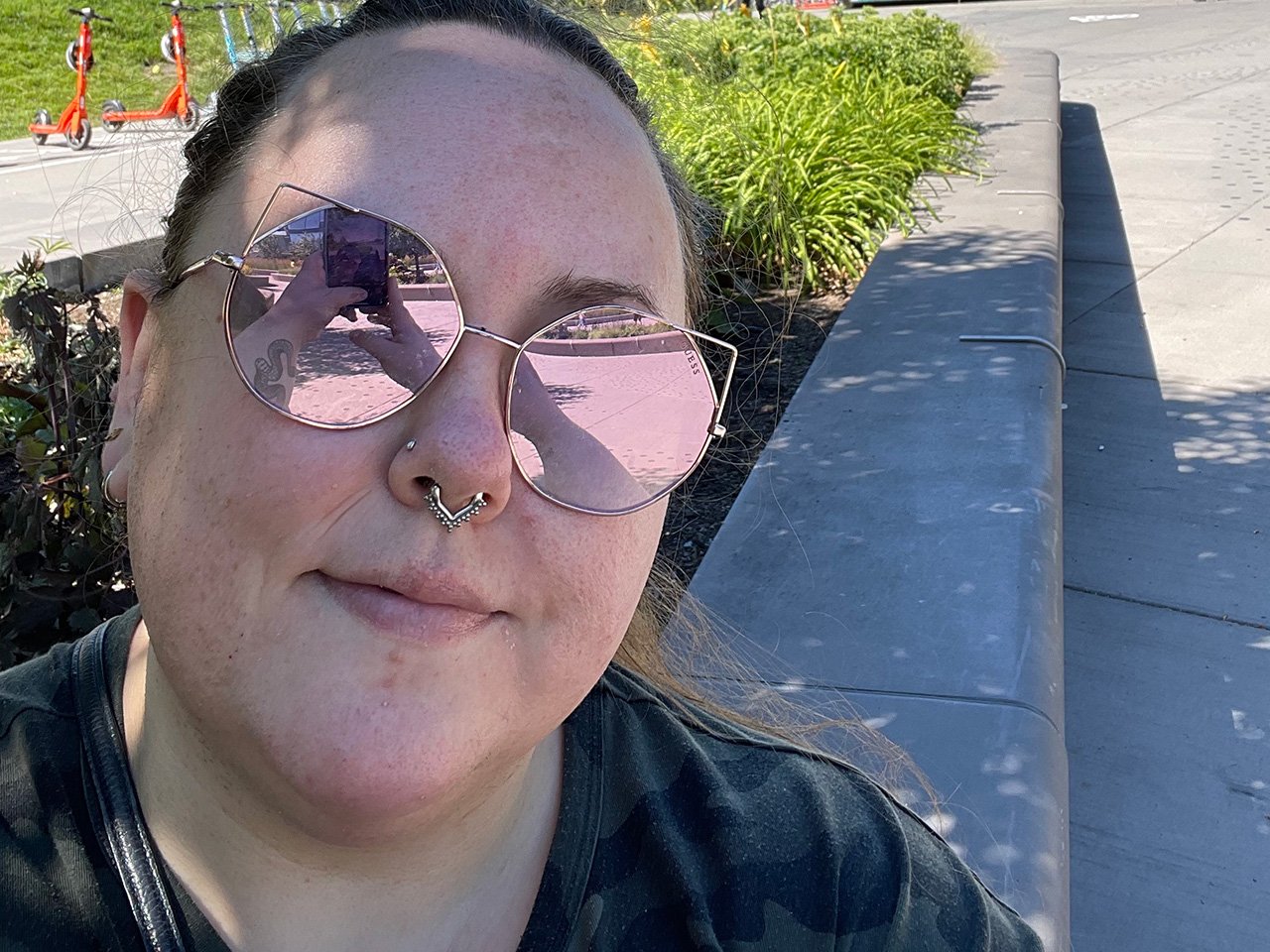 Earlier this month, the Reddit forum dedicated to Toronto was overrun with threads about the slew of new ads on subways and buses encouraging people to move to Alberta. The tagline: “Alberta is calling.” The ads hyped up lower taxes, starter homes that don’t cost $1 million and supposedly abundant jobs.

Reddit’s most common response was “Alberta is calling, I’m not picking up.” The comments were what I’d expect from a downtown Toronto crowd—jabs at the politics, the weather, the caricature of the Alberta redneck. There was plenty of fair criticism—though much of it was also aimed at stereotypes—and questions of whether Alberta truly is the land of opportunity and affordable housing.

Although I was once a frequent user of Toronto transit, I didn’t see any of these ads myself—because last July, I moved to Calgary.

Before the move, I was the picture of a lifelong Torontonian. I grew up in Scarborough, went to school at Toronto Metropolitan University and spent my 20s hopping around various downtown apartments before settling in midtown. I did what you do as a young person in Toronto: I spent nights getting plastered at Dance Cave and soothing my stomach with mozzarella sticks at Fran’s after last call. I set a timer for midnight to get a reservation at Edulis when they opened for the month. I attended many Toronto Prides and went on dates in Kensington Market, picnics on the island—all the most deservedly romanticized cliches of life in the city.

Then the pandemic came. The city that was my playground was reduced to a one-bedroom-plus-den apartment with my partner, our cat, and our snake—and two suddenly remote jobs. Over two years, I heard my partner talk to her work clients on Zoom so much I could have been an adequate stand in. I spent my workdays typing on my couch and when 5 p.m. hit, I would shut my laptop and remain on the couch. I realize the ability to work from home put us among the privileged—many others still had to report to a workplace—but the close quarters and feeling of isolation made us realize it was time to move on.

Toronto was struck from the list immediately. We didn’t have the money to buy a home anywhere in the Greater Toronto Area, and for the price of renting a larger space we could afford a mortgage somewhere else. So we started making lists of what we wanted: a home we could buy, an international airport for my partner’s business trips and some sort of natural beauty. We quickly narrowed the options to Halifax and Calgary, one by the water and one by the mountains.

We took a whiteboard and made a big pro and con list: the cost of housing (by then rising in Halifax), the politics, the transit, the taxes, proximity to family and friends, infrastructure, weather. In the end, Calgary won. 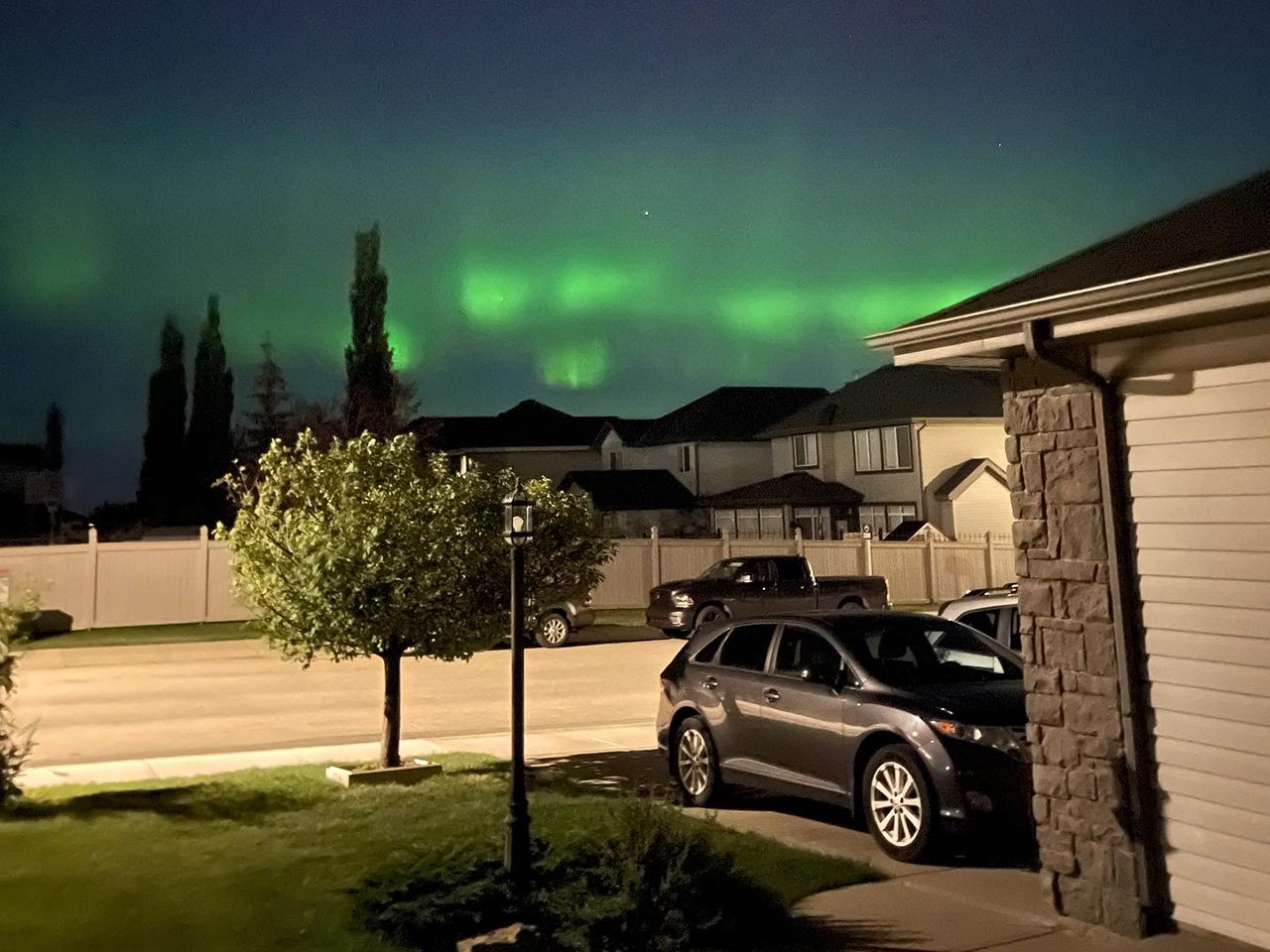 We weren’t immune to Alberta’s reputation. I fretted about the political and social climate— mostly about whether we’d face harassment as a lesbian couple. We’re both white and relatively femme, which offers some protection, but it’s not like we hadn’t been harassed even in Toronto on occasion. What gave me peace was knowing my mom’s cousin and his partner, an older gay couple, had chosen to make Calgary their home for decades. I figured if they loved it in Calgary, so could I.

In May, we went to search for houses. I spent hours online learning about different neighbourhoods, using Google Maps to scout grocery stories and other essentials, and talking to people I knew in the city for advice. On our second day, we viewed a home—a four-bedroom home in the suburb-like northwest and put in an offer, securing it that night. We spent the rest of the trip exploring the city. I’d visited before, but I was viewing it with new eyes. I was taken by the open sky, the rolling hills, the hue of the Bow River meandering through downtown. We went to the mountains and looked in awe at the Bow Valley stretching before us. This would be our home.

The move went according to plan. We arrived on July 19, drove to our new home and spent that first night on air mattresses in the basement. It felt like we had bamboozled everyone, and we joked that the bank or our mortgage broker would realize they’d sold a house to a couple of idiots and they’d take it all away.

Then, just a week after our move, I woke up to an email from work. I no longer had a job, one of 1,200 or so laid off in a single sweep. I shook my partner awake and told her, “I’ve lost my job.” “In your dream?” she replied, eyes still closed. “No, in real life.”

That’s the moment our perfect little bubble burst. It hit me that I’d moved across the country, bought a house, was about to buy a car and suddenly had no income and no access to the Toronto job market that had treated me well thus far. 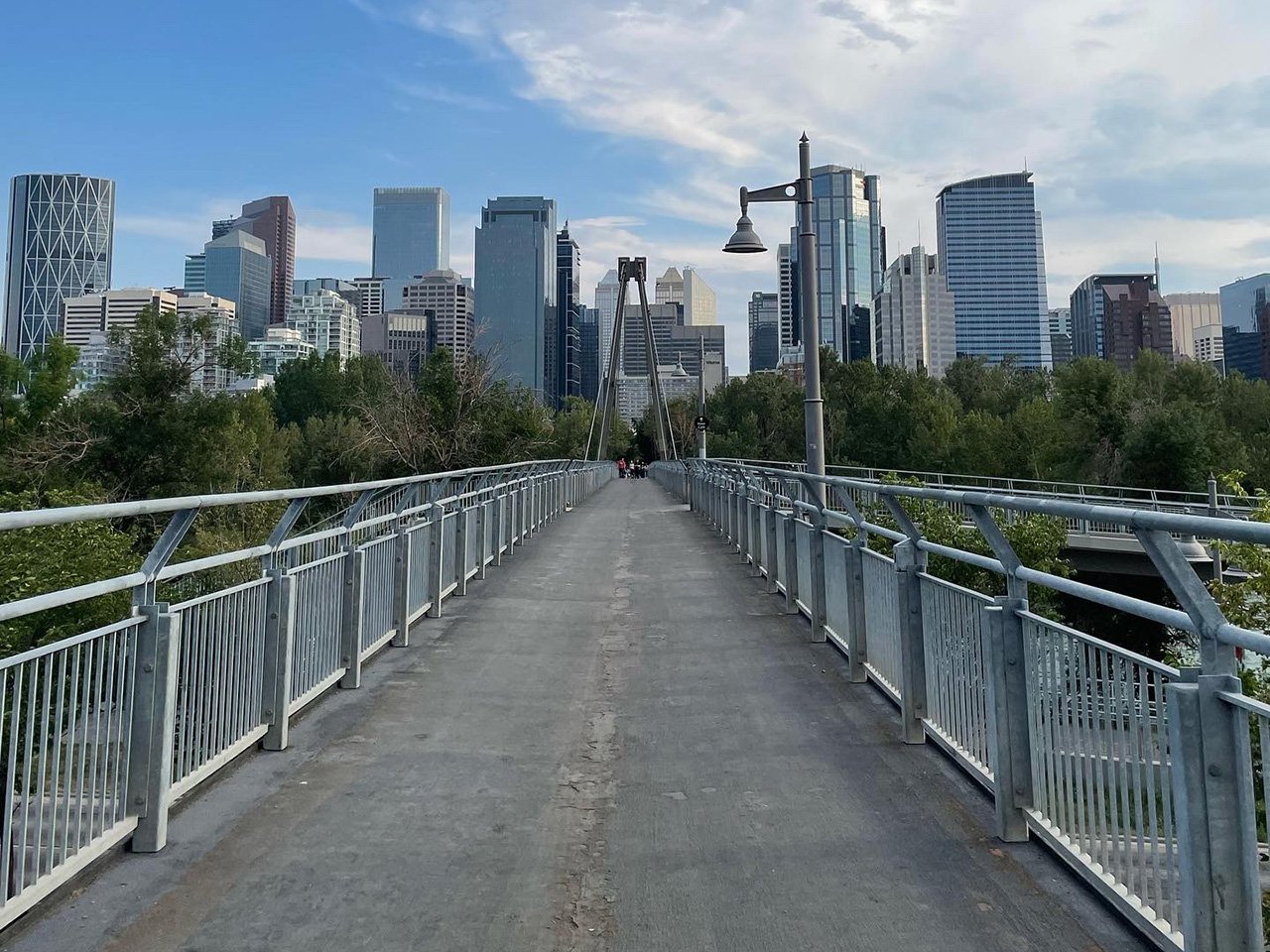 I’ve spent the months since that day in various levels of panic. Sometimes it feels gorgeous to be unemployed—free time, some severance to keep me afloat, a new province to explore. Other times I desperately browse job listings and get a sick knot in my stomach when something promising requires coming to an office in Toronto. To some extent, The journey to a bright new life in Alberta has been irrevocably coloured by the layoff.

There have been adjustments, of course. Moving to a car-centric city has meant trying to overcome my deep driving anxiety. Living in a suburban area means I can no longer simply walk to run all my errands or easily take transit to see a friend or visit my cousins and aunt who live here, too.

The only sliver of regret I’ve ever felt so far happened when Danielle Smith became the province’s new premier. I knew I wouldn’t get along with Alberta politics, and I even knew Smith was a likely shoe-in, but a bit of familiar panic rose when her win was confirmed. My only salve is that Alberta seems likelier to vote in an NDP government at its next provincial election—set for next May—than Ontario is.

But Alberta has also brought me beautiful moments. Like the night I watched four deer slowly walk down the street in front of my house while the northern lights danced in the sky. Or when we went to a drag show and the host reminded us that in Alberta’s political climate, queer art is an act of pure resistance. Or driving to Banff, the mountains growing ever bigger, while we belt out “Wagon Wheel” (I’m still working on my country music repertoire). We were even lucky to have some friends move here shortly after we did; I’m now rebuilding my community.

Those “Alberta is Calling” ads are true to some extent. We did find affordable housing, a beautiful landscape, a place where losing my income wasn’t as devastating as it could have been. Yet I haven’t found the promise of jobs to hold true, at least as a writer, and I worry what will happen when I finally need to look for a doctor.

The debate about whether it’s better or worse than Ontario feels overblown now that I’m here. Day to day, it feels much the same here in Alberta. But then in little moments, like when we drive up a hill and see the mountain peaks on the horizon, or when an electrician makes a little comment about Ontario liberals, you notice you’re somewhere else.

If you’re tired of Ontario, Alberta may or may not be the place for you. I certainly wouldn’t say it’s for everyone, but it is the place that matched our priorities. And that was enough to take the plunge.

I returned to Toronto in September for a wedding and was immediately hit by the humidity, the crowds, the traffic. Something had shifted: My former home felt foreign. When we came back to Calgary, I watched green hills roll by on our drive from the airport and felt the crisp air. By the time we were back at the house, with the door closed behind us, I knew I was home.