Daily Show correspondent Samantha Bee agreed to do reality TV just to confirm one thing: It's not real. (And it's stupider than she thought.) 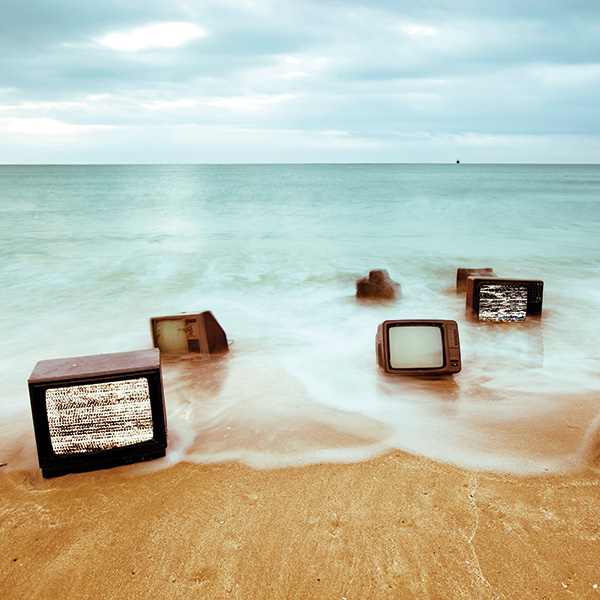 Spoiler alert: Rant ahead. Lord help me, I’m about to say it: I can’t stand reality shows. Any of them. On any subject, in any discipline, on any television channel ever, until the end of time. I know what you’re thinking: “How do you really feel about reality television?” Yes, I hate it. It’s awful. And though I teach my kids not to use the word hate, one secretly keeps it in the back pocket for times just like this. Children, cover your ears: Mommy hates reality shows, with the passionate intensity normally reserved for fat-free yogurt (disgusting, pointless) and trouser socks (annoying, made of mystery fibres).

Here’s where this is coming from. Recently, I (briefly) participated in the making of one. Just one episode of something much larger. I’m not going to tell you which one, or for whom, or really anything juicy at all, except to say that I was terribly interested in how that particular “sausage” got made. It surprised me to learn that, though I thought we were going to be cranking out “sausage,” in actuality, we were doing something completely different, like, let’s say, making “origami cranes.” The thing I thought we were making turned out so differently from the final product, I was stunned. That’s when I really learned that There Is Nothing Real About Them. Or at least, not enough about them is real; it takes some serious moxie to drop the word reality anywhere within 50 feet of most of those things.

Even the reality shows people will confidently defend — “Oh, come on, it seems pretty real. I mean, how could they fake that?” — are often totally, unabashedly fake, phony, manipulated, a sham; from highbrow to lowbrow and everywhere in between. And I totally get it; right now you’re probably saying to yourself, “They’re not all fake, though. I don’t believe you — you’re a mean person. I mean, think of the cooking shows!” Look, I know it’s painful, and believe me, I don’t always like to be the buzzkill, the wet blanket, the aguafiestas, if you will. But yes, in fact I am that person who, if my daughter happens to admire a celebrity’s long, luscious hair, will immediately assure her that it’s probably a weave or extensions. Because it probably is. A lot of male actors you know and love are bald. Enjoy. You’re welcome.

I guess the thing is, I like facts. Facts are my friends. Facts make me feel better about myself, and when people lie to me, and try to tell me that what seems suspiciously like fiction is, in fact, a fact, I get very uncomfortable. I think what I’m trying to say is, don’t tell me I can cook that meal from start to finish in 30 minutes, because it literally cannot be done without a staff of 20 doing all the prep! I know that celebrity lost the baby weight by chewing nicotine gum instead of regular gum, and that she’s never smoked a day in her life. Also, I do not believe for one minute that anyone “marooned” on a tropical island can survive on coconuts and rice but somehow still have the energy for vindictiveness and long steamy make-out sessions under a palm frond. I. Do. Not.

I suppose, as I get older, I’m less and less interested in indulging the fictions that are foisted upon me in general. Not just on television, but in magazines (present company excepted!) while I’m standing in line at the supermarket checkout and by the large writing on the small package that informs me that it’s about to get to work erasing all my age spots. They’re called liver spots. Sorry. (Note: Am I still expected to believe that lip plumpers work? They don’t. Small-lipped people of the world, unite! Embrace your tiny smiles!)

Which brings me back to reality shows, whose clutches I seem unable to escape. When you like people, which I do, then you want to know about the things that are on people’s minds — or at least you want to stay current on the things being forced down all of our throats, so that we can all have a chance to shout about it later at the water cooler. And so I keep up with who’s doing what to whom and with whom and whose fetus is inside whoever else’s belly, but only because I’m dragged there unwillingly. Who wants to be that dreary person who watches the world go by from the turret of some dank castle, so out of touch with the modern world it’s all they can do to compose lonely poetry all day with only their pet raven keeping them company? Not me. Though sometimes I suspect that’s where I might be heading someday.

High horse? Yes. But a guilty pleasure? No thanks. I’ll save my guilt for something I can really get behind, like a nice fresh, deliciously real homemade sausage.