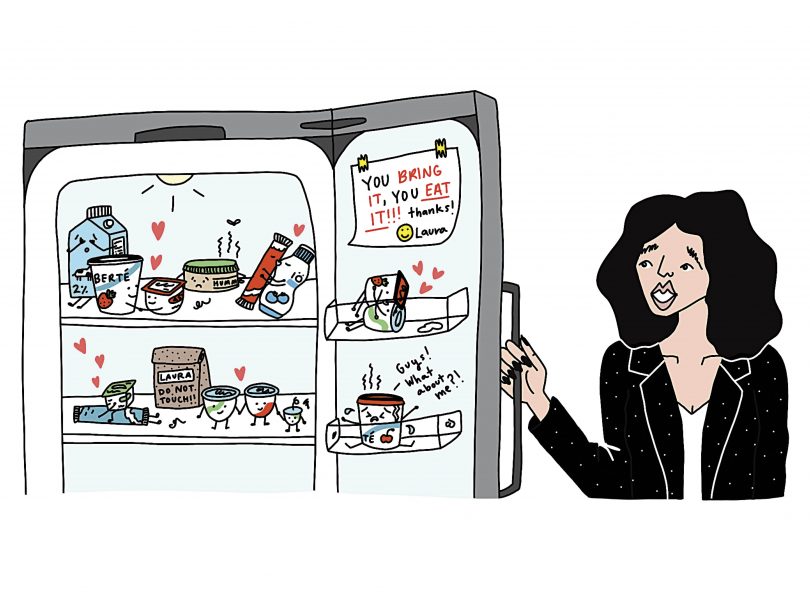 Scientists are divided over a breakthrough paper published in the journal Yes, You Probably Will Just Die in This Corporate Hellscape. The study has shown that if 27 women (and Mike) each put a yogurt in the office fridge every day and mostly forget about them, the yogurts will start to procreate, which is why there are always 142 yogurts in the fridge, despite Angry Laura’s not-so-gentle reminders that people need to eat their f-cking yogurt.

The study’s main author, Izit Overyet, says her rigorous multi-year investigation upends decades of research and reveals that despite what experts previously believed, yogurts aren’t choosy about their mates. “It doesn’t matter. Low-fat, 3%: It’s all Greek to them,” she says. “Those yogurts are just very, very sexy and enjoy intercoursing each and every day.”

Overyet goes on to say that on the rare occasion that one of the women (and Mike) do find their yogurt—or, let’s be real, just take someone else’s—and eat it with a fork because they can’t find any spoons (your move, Angry Laura Steals Spoons!), they entertain visions of sitting cross-legged with a blissful look on their face, the sun shining brightly on their smooth, shoulder-length hair while their microbiome does Pilates. Sadly, they discover they’re still just eating yogurt while standing next to the microwave under fluorescent lights and kind of wanting to die.

The study highlighted that many women (and Mike) continue to engage in their yogurt habit despite repeated warnings from I-Have-a-Bag-of-Blanched-Almonds-Right-Here Jenna that yogurt is really just a sugar bomb. “It’s not clear why women hate themselves this much,” says Overyet. “But obviously, they do.”

There’s no word on why none of the yogurts will breed with the organic goat-milk cherry yogurt that’s been quietly weeping to herself behind some desiccated hummus in the back left-hand corner of the top shelf since 2002.