How To Make Friends After A Pandemic Move

The pandemic prompted me to trade big-city life for a more affordable alternative—but now I need to figure out how to make friends again. Here’s what has worked for me so far, and what hasn’t. 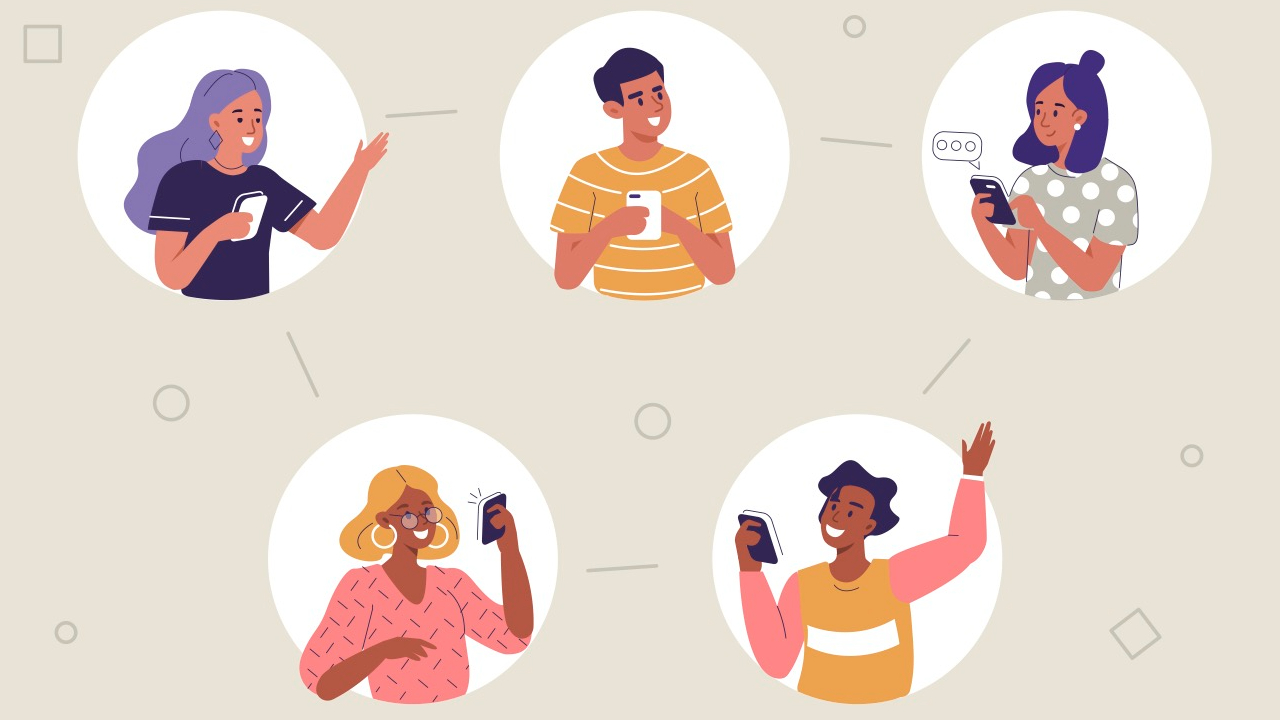 After 14 years of living in Toronto, I was pretty sure that I was never going to own a house. I figured I’d be a renter for life—that was, I told myself, the trade-off for the best aspects of the big city. But, like it has for a lot of other people, the pandemic made me rethink my living arrangements. After North America’s longest lockdown, I realized that what I wanted more than anything was my own outdoor space: a yard big enough for a patio set and a little garden. Cruising Realtor.ca became a little treat I gave myself when I was done my work for the day—first I’d look at all the places in Toronto I could buy if I ever won the lottery, then I’d switch to the comparatively much more affordable places in the much smaller city where my mother and sisters live. One day I stumbled across a listing for an absolute dream of a house there: an old limestone beauty with a finished attic and flagstone courtyard out back. I was staying with my mother at that point, so I went in for a viewing, and it was even more perfect in person. I put in an offer for exactly the asking price, thinking that, with the housing market being the way it is, there was no way I’d get it, but at least it would be good practice at making an offer on a house. That night I learned that the offer had somehow, miraculously been accepted and I was now the owner of the most beautiful little house I’ve ever seen. The only catch was that moving in meant leaving Toronto.

Moving to Kingston, Ont., three hours away from Toronto and with less than five percent of its population, has been an adjustment. Mostly it’s been positive—it’s nice to have family nearby, I have way more room to work remotely (which I’d been doing for years before the pandemic, the only difference now is that I don’t have to do it at the kitchen table), and I love my house with a devotion that borders on obsession—but there have been some challenges. My 10-year-old son, a dyed-in-the-wool Torontonian, was horrified at the prospect of leaving the big city. One of my cats was scared of the basement (where we’d put the litter trays), something I didn’t figure out until he’d peed all over two moving boxes. For me, the biggest struggle was making local friends.

I know I’m not the first person to notice this, but the process of making friends as an adult can feel inscrutable at the best of times. How do you meet people? What’s a good opening line? How do you take it to the next level, by which I mean ask them to hang out? How do you do all of this without making people feel like you’re trying to date them? Absolutely mystifying stuff. Add to this the fact that at the time of the move we were still in a global pandemic, and things got even more complicated. People weren’t exactly throwing big indoor parties or inviting vague acquaintances over for drinks. And personally, I had never felt frumpier, and I’m pretty sure whatever social skills I did have had completely atrophied. I didn’t exactly come across as a winning prospect.

I’ve tried thinking about how I made friends in the past. There was the extremely cool girl I met at 18 in a theatre group who I immediately decided was going to be my friend, and I set out on what was basically a months-long campaign to woo her (successfully, I might add, since we’ve been close friends ever since). There was the guy working at a shop I frequented who noticed that I had a George R.R. Martin book in my bag—we started trading books back and forth and have also remained good friends. But those meetings felt like one-offs that I would be unable to reproduce at will. Remembering my previous move from Halifax to Toronto when I was 23 doesn’t do me much good, either: Most of the friends I made in that first year were either work pals or friends from other places who had also happened to move to the city.

Instead of relying on spontaneous meet-cutes or hoping that a bunch of my Toronto friends would pick up and relocate to Kingston, I decided to come up with some new strategies. Here are a few of the things I tried, to greater or lesser success.

Meeting strangers off the internet

My mom spent my teenage years warning me never to do this, but it’s been one of my most effective friend-making strategies! I met a few Kingston people through Twitter, and so far two of them are turning out to be pretty good pals.

This isn’t the first time I’ve had online friendships turn into real-life ones; during a 2019 trip to Belgium, I met a few people that I knew through social media, and during a trip to Vancouver a few years ago, I stayed with two people I’d never met in person. Still, meeting Twitter people here felt a bit fraught—Kingston isn’t just a place I’m visiting, it’s my new home. I felt like I had to be my best, most engaging, likeable self. Fortunately, I knew ahead of time with both people that we shared similar tastes in books and politics, so I had a feeling we’d hit it off.

Anyway! No doubt my mom will be thrilled to know that I haven’t gotten murdered yet. I give this one an eight out of 10.

This was something organized by one of the friends I made from Twitter, because she is a very nice person and knew I wanted to chat up other parents about local schools (and about being my friend). I’d say it was middlingly successful, in that I made a few casual acquaintances there that I now nod to in the street.

I hadn’t really anticipated how weird it would feel to be in the middle of a group of people who all know each other already! Also I’m just not sure what the next step is. When I pass them on the sidewalk, do I ask them out for coffee? Is that how this works? On the plus side, my son met a bunch of kids there that are now his good friends, and it was helpful in choosing a school for him. I’d say six out of 10.

This has definitely been my weakest effort. Mostly it’s involved things like trying to impress the employees at the local indie bookstore with my purchases (maybe they will invite me to their secret book club?), or lingering after a yoga class and making small talk while I slowly put my coat and boots on (maybe they’ll invite me to their secret yoga club). I’m now on a first-name basis with the person who manages the coffee shop down the road, so hope springs eternal. I’ll give it a one out of 10.

Going on a blind friend date

Probably my most successful effort yet, although I can’t really take credit for this one. Someone I know from Twitter said he thought I’d get along well with a friend of his. He didn’t really explain his reasoning, but he turned out to be absolutely right. The friend and I arranged to meet on a park bench and then go for a walk. We wound up really hitting it off and have hung out a couple of times since! Ten out of 10.

All in all, I’d say that my friendship campaign seems to be working, albeit slowly. Maybe what I really need to cultivate is a sense of patience. Moving to a new city is a major life disruption, and it can take months (or even years) for all the dust to settle. It took me a long time to build up a community in Toronto, and it’s not fair to expect that I’ll be able to find one in Kingston overnight. Alongside my efforts to meet new people, I think I also have to grow comfortable with being lonely for a little while longer. At least that’s something the pandemic has given me a lot of practice with.