What Canada Needs To Do To End Food Insecurity

Plus what cash-strapped cooks can do in the short term to help overcome its effects. 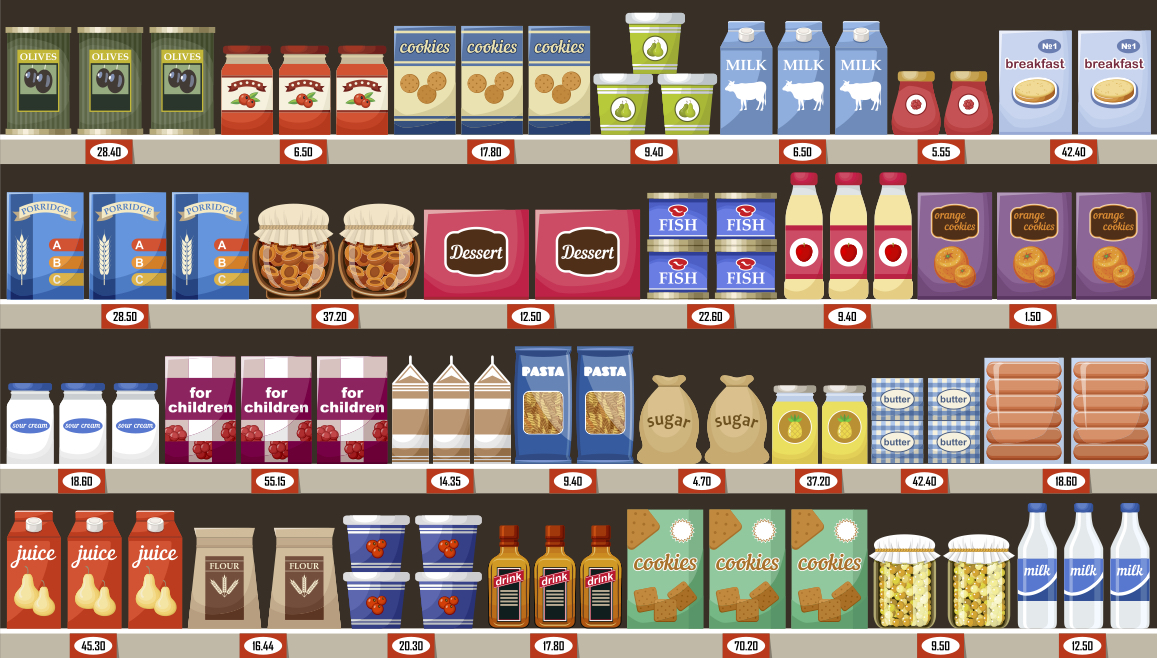 The first time I got a job in a restaurant, my mom said, “It’s good to work in a restaurant, you’ll never go hungry.” Like other gems of family wisdom—don’t eat too many cherries at once, or if you’re paid by the hour, always track your time—it took me years to appreciate that these were lessons learned the hard way. I’ve been lucky; I’ve never gone hungry. Growing up, I naively believed that everyone ate every day. My family always had food in the fridge, even in the years my mom was raising me and my brother on her own.

But when I went to university, my food budget was tight: $50 a week. And I couldn’t cook, apart from pasta with canned tomato sauce and a little invention I called “beans with olives and raisins.” I ate a lot of pizza, cereal and toast.

Perhaps predictably, in my second year, a routine blood test turned up a nutrient deficiency: I lacked vitamin B12. The doctor told me I had to start eating meat regularly, even though I could hardly afford it. I’d been feeling weak and tired, and was having difficulty concentrating, but I assumed it was because of my course load. To get more B12, I started taking a daily vitamin; I also started incorporating ground beef into some meals and using nutritional yeast as a seasoning.

Nutrient deficiencies like the one I had are surprisingly common. According to a 2012 Health Canada study, up to 35 percent of adult Canadians consumed inadequate amounts of vitamin B12 and vitamin C. Nearly 47 percent of women over 19 had calcium deficiencies—that figure rose to 87 percent in women over 71. And more than 90 percent of adults lacked vitamin D in their diet. (Earlier this year, to help combat this deficiency, Health Canada raised the allowable amount of vitamin D fortification in cow’s milk, goat’s milk and margarine.)

Unfortunately, food insecurity is worsening thanks to soaring inflation. According to a 2022 Statistics Canada report, the price of food rose almost 10 percent between April 2021 and April 2022, and 43 percent of those surveyed reported that food was the area in which they were most affected by rising prices. “When you’re on a budget, you walk into a supermarket, and everything looks so costly,” says Montreal-based clinical dietitian Linda Cadloff-Richman. “It’s almost unattainable.”

How many people in Canada are food insecure?

Food insecurity manifests in different ways, from worrying if you’ll run out of food before you have money to buy more, to needing to skip meals, to going hungry all day.

Will donating more to food banks fix the problem?

Food charity—such as food banks and soup kitchens—seem like an obvious fix for food insecurity. But Valerie Tarasuk, a professor at University of Toronto’s Department of Nutritional Sciences and principal investigator for Proof, says research shows that people who use food charity are no less food insecure than people who don’t.

Instead, food security organizations—like Food Secure Canada, Food Banks Canada, Community Food Centres and the Association of Public Health Agencies—agree that the long-term solution to food insecurity will actually be found through policy interventions, like raising the minimum wage.

Enhanced social supports are a proven way to improve food security. On the provincial level, Quebec has the lowest rate of food insecurity in Canada—in part because its provincial income supports are more generous than those of other provinces. “[Quebec] has a cascade of income support for low-income households and everything they’re doing is indexed to inflation,” says Tarasuk.

Policy interventions proposed by food aid and policy organizations like Proof include increasing the minimum wage and the Canada Worker’s Benefit for low-income workers; ensuring that welfare, disability and unemployment benefits are adequate; and increasing the Canada Pension Plan retirement pension. Affordable childcare is an important part of the social safety net, as is the Canada Child Benefit, which Tarasuk says is a great policy tool for reducing food insecurity for single parent-led families. Housing policy to create more low-income housing and reduce rental costs is another part of the solution, as renters make up the majority (54 percent) of food-insecure households.

Thankfully, several of these policy interventions are being pursued by the federal government in its recent Affordability Plan. At the moment, federal Old Age Security, the Canada Pension Plan, the Guaranteed Income Supplement and the Canada Child Benefit are indexed to inflation. GST/HST refundable tax credits for those in low- and middle-income brackets will be doubled for the next six months. The government is also increasing the Canada Worker’s Benefit, as well as Old Age Security for those over 75. The plan outlines policies to make rent and childcare more affordable too, but the effects of those laws may be slower to reach wallets.

How does food insecurity affect us physically and emotionally?

“People, especially women in food-insecure situations, are way more likely to experience mental health problems,” says Tarasuk. “It’s the stigma, the shame and the isolation associated with not being able to participate in society in the way that other people do. I think that’s very, very hard on people.” Having to depend on social assistance is, in most provinces, “basically a sentence to food insecurity.”

She also emphasizes that severe food insecurity is especially dangerous: “Somebody who is not eating because they don’t have money for food—that person is in very bad shape. And when we look at them from a health perspective, we can see that they’re more likely to have been diagnosed with chronic diseases.”

“They’re in a crisis situation—their body is depleted, they’re stressed out of their mind, they don’t have the money, they may need to go to a doctor’s appointment but may not be able to afford transit,” Tarasuk says. “There are many ways in which food insecurity is beating them down.”

Cheaper alternatives to look for in the food aisle

Protein, calcium, vitamin D and iron are some of the most common deficiencies Cadloff-Richman sees in her clients. She suggests swapping in less expensive foods to reach recommended daily intakes. Eggs, for example, are a source of protein, vitamin D and iron. Canned sardines have calcium and iron. Canned tuna, almonds and walnuts are alternative sources of protein, while legumes like beans, peanuts and peas are vegetarian sources of iron.

Legumes can be used to complement whole grains as together, the two provide the amino acids necessary for the body to synthesize proteins. This combination—think beans on toast, rice and beans or tofu and rice—is a cornerstone of vegetarian diets.

How to get nutrients on a tight budget

Cadloff-Richman has some additional shopping, storing and cooking suggestions to maintain a healthy diet while keeping grocery costs down.

November 28, 2022: This article was updated to remove an incorrect reference related to food insecurity and CERB.