Is It Better To Donate Money Or Canned Goods To Food Banks?

We all want to help, especially during the holidays. Here’s how to make sure your food bank donation is going as far as possible. 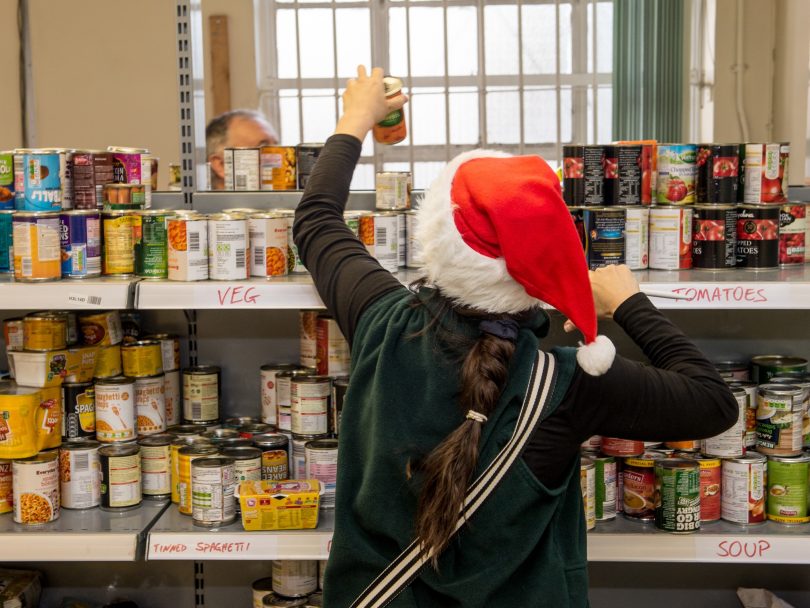 Holiday food bank drives are common during the season of giving. But sometimes the best intentions can get in the way of, well, actual meaningful giving. Is dropping canned goods off at the local food bank the best way to support the work of food charities? Would a less-expected cash donation be more help to those in need?

The answer is that your food donation is definitely helpful, but you shouldn’t forget about giving cash as well (if you can). “We could not distribute the amount of food that we do to the communities that we do without raising food from community members,” says Ryan Noble, executive director of North York Harvest Food Bank in Toronto. That’s because the cost of purchasing the food their users need far exceeds their operating budget from donations.

But canned goods are not enough. Noble says food banks like North York Harvest desperately need financial donations too, for several reasons. The first is to pay staff to run the operation. “There’s a whole infrastructure that’s required to make sure, beyond just receiving the donation, that food is safely processed and distributed into our community,” he says. Money is also a good donation option because the vast amount of food donations arrive between Thanksgiving and Christmas, and having cash on hand helps them buy food during the remaining months, since people are hungry year-round. It also helps them buy supplies to meet specific clients’ needs, such as culturally appropriate foods. In addition, food banks are able to look for discounts and purchase food at wholesale, which means they are able to get more out of that dollar than a person shopping retail probably could.

Really, the most effective way to help hunger relief comes down to the individual organization, says Lori Nikkel, CEO of Second Harvest, which rescues surplus perishable food from across the food chain and distributes it to social service agencies. “At Second Harvest, it is money that gets us the trucks and the drivers so we can move all of this surplus food,” she explains. “There is more than enough food in the world to feed everybody. There’s so much surplus food, we just have to grab it, and get it to the place it needs to be.” But, she notes, in the case of a small community organization building hampers, food alone is probably what’s needed since they’re likely to be volunteer-run. In short, it’s best to just ask first. “It’s really about getting to know who you’re giving to,” she explains.

If you choose to go the financial donation route, do think about spreading out the payments. “It’s fantastic when people participate in a holiday food drive. But it would be even more fantastic if people could think, what’s could I do every month, or every quarter?” says Noble. Nikkel agrees. “People aren’t just hungry during the holiday time. We often only think about it during the holiday time, but food access can be a challenge all year round. So if you’re donating, maybe instead of lumping it all in one lump sum, think about becoming a monthly donor.” These regular financial donations are particularly helpful for smaller organizations who may have cash-flow issues — money they can count on throughout the year makes a big difference.

If you plan to donate food, try to find out what’s needed (and what’s not) so you can target your goodwill. Foods with a longer shelf life usually work well, since they can be stored. Noble says North York Harvest’s priority items are canned seafood, canned tomatoes, canned beans or legumes, cooking oil and rice. Most food banks try to make their most-wanted list as easy to find as possible, so check their website or social media to find out what’s best to donate.