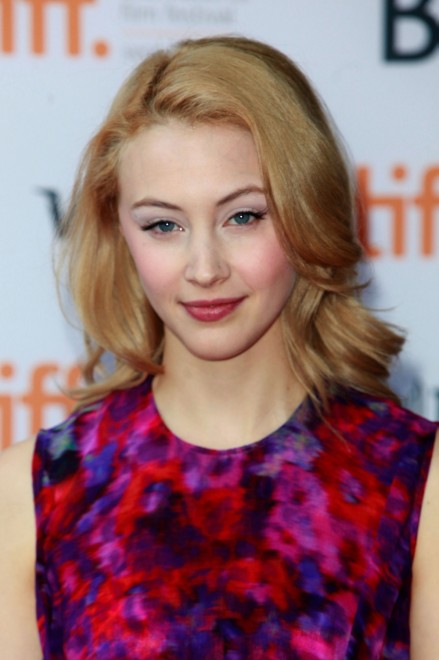 Q: What are you doing tonight?
A: I have a cocktail party at the Soho House, then it’s the red carpet for Antiviral and then the premiere at Ryerson — (interrupts to yell at the noisy publicists nearby: ‘DO YOU GUYS WANT TO TAKE IT OUTSIDE ‘CAUSE WE’RE TRYING TO DO AN INTERVIEW, THANKS!’ They immediately run out of the room). Boom! Got that down for you! Anyway, so then there’s an after-party, but I’m not sure where it is. I think that’s it.

Q: What food will you never eat?
A: I’m not a big fan of caviar. Oh, and I don’t like that fake crab you find in sushi. Get it out of there! I always take my chopsticks and poke it out of my sushi rolls.

Q: What’s the most difficult thing you’ve done in your career?
A: I think all the photography I had to do for Antiviral was probably one of the most difficult things I’ve ever had to do, because I had to create this beautiful aesthetic of a movie star, and I really don’t think of myself that way at all, so to be that highly scrutinzed was awkward and felt silly. But I knew I had to bring a level of authenticity to it. That was really challenging for me.

Q: When’s the last time you cried?
A: A couple of days ago. I talked to an ex-boyfriend and we had a good little tear-jerker. I’m also notorious for crying on planes, I get really emotional in-flight. It’s where I get the most homesick. So if you’re ever sitting next to me, bring on the tissues.