In tests, the fruit grown with organic pesticides looks and tastes better 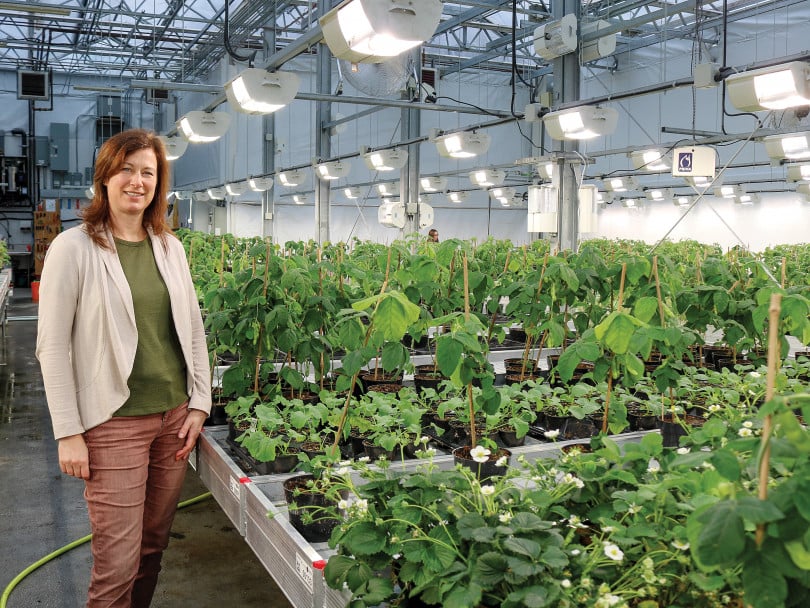 Annett Rozek started out as a green-industry skeptic. Ten years ago, the Berlin-born chemist was working in the pharmaceutical industry in British Columbia, enamoured with the purity and simplicity of working with synthetic compounds. “I had a skepticism about plant extracts, because you never really know what you have in there,” she says. Over and over again in her work, however, Rozek kept encountering plant-based health remedies and traditional medicine. She couldn’t help but wonder: “What if we applied the rigour, techniques and massive funding of the pharmaceutical industry to analyzing what we found in nature? What might we discover?”

Upon joining Terramera in 2011 (and becoming chief scientific officer a year later), she began to do exactly that. The Vancouver-based company is working to replace synthetic pesticides with natural products from plants like rosemary, wintergreen and neem trees. Terramera’s mission is lofty: to increase global agricultural yields by 20 percent while reducing the synthetic chemical load by 80 percent. It’s a goal Rozek has come to see as urgent. The way we grow our food today is unsustainable and, as we learn more about the toxicity of the pesticides that have boosted global food production for decades, we’re in desperate need of replacements.

After much careful testing and research, Rozek has reached the point where Terramera’s organic pesticides match or even outperform traditional chemical competitors. A few years ago, on a trip to California to see the results of one of Terramera’s trials on red table grapes, she discovered the fruit wasn’t just thriving and free of mildew; it was redder and juicier than the untreated grapes or those being sprayed with chemicals. “We discovered that the product we were using wasn’t just able to control the disease; it was able to accelerate the ripening process,” says Rozek.

Today, she walks through her big-box grocery store in Vancouver and notes the growing size of the organics section with excitement and pride. “I now think that the power really is in nature,” she says. “Nature has all the solutions for the problems we are experiencing. All we need to do is understand it.”