The "Uninvited" exhibition shifts the spotlight to a generation of overlooked female artists, facing Canadian art’s history of racism and sexism head-on. 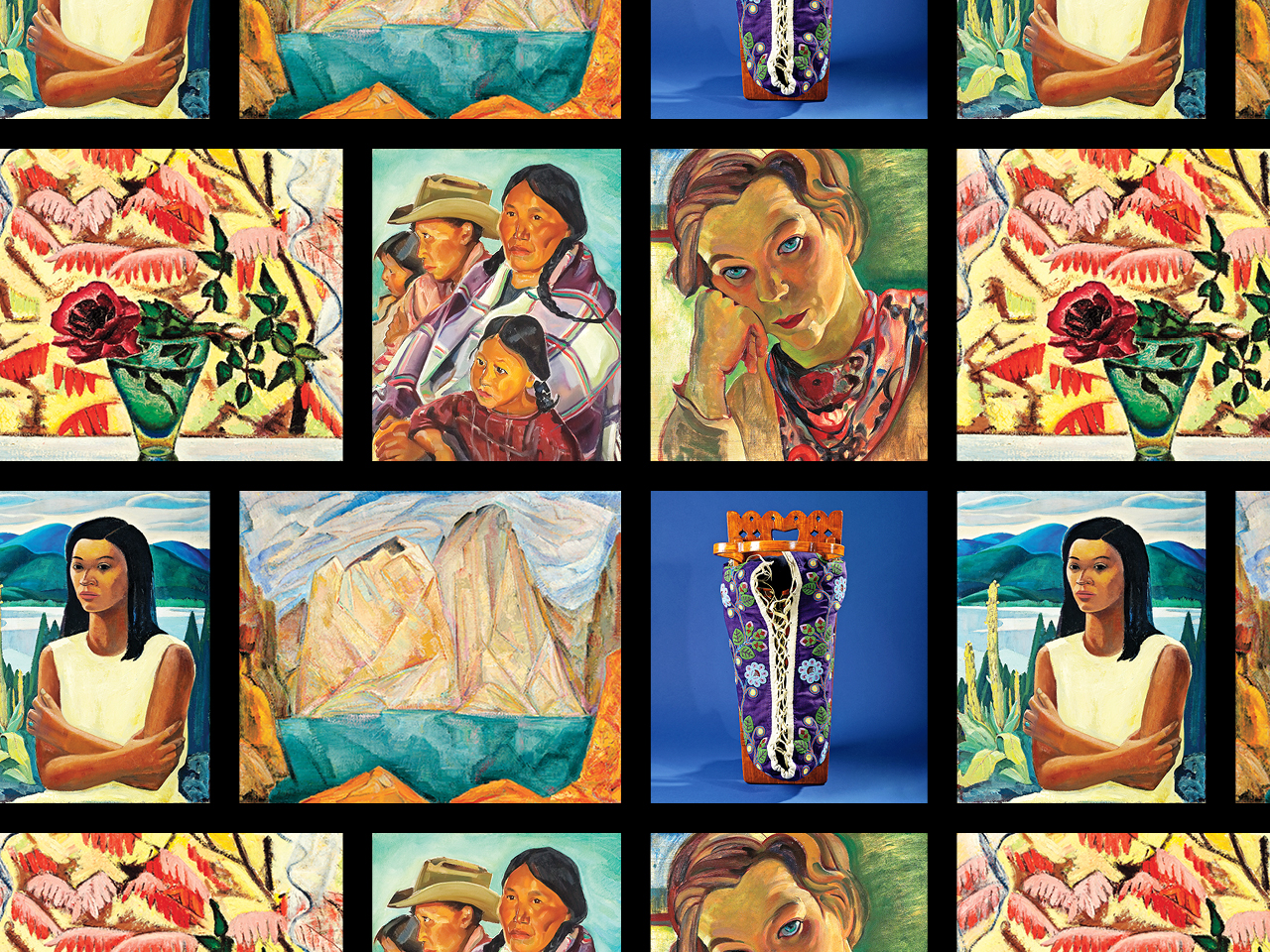 The McMichael Canadian Art Collection exists because of the Group of Seven. The gallery’s origins date back to a donation of land in Kleinburg, Ont., as well as a col- lection of work by Tom Thomson, Emily Carr, David Milne and other artists of the era defined by the G7, that circle of male painters whose drawings of seemingly uninhabited landscapes have come to essentially define what’s called Canadian art.

In recent years, the McMichael has faced the Canadian art canon’s difficult histories of racism and sexism head-on, in part by holding major shows drawing attention to the creative contributions of women. Now, the “Uninvited” exhibition focuses on the modern period that the group is known for—which kicked off 100 years ago—but looks beyond the usual suspects. “Women were never invited to join the Group of Seven,” says chief curator Sarah Milroy. “And that decision on their part threw a long shadow of patriarchal notions about art making in this country that we are still trying to liberate ourselves from.”

To make the exhibition of more than 200 pieces approachable, Milroy has paired work by white women, such as Carr, Anne Savage and Annora Brown, with art by Indigenous peoples who often only figured as subjects. Each pairing is a mini exhibition unto itself, revealing new connections that tell the story of Canadian and Indigenous art with rare nuance and complexity. These are some of our favourite pieces. 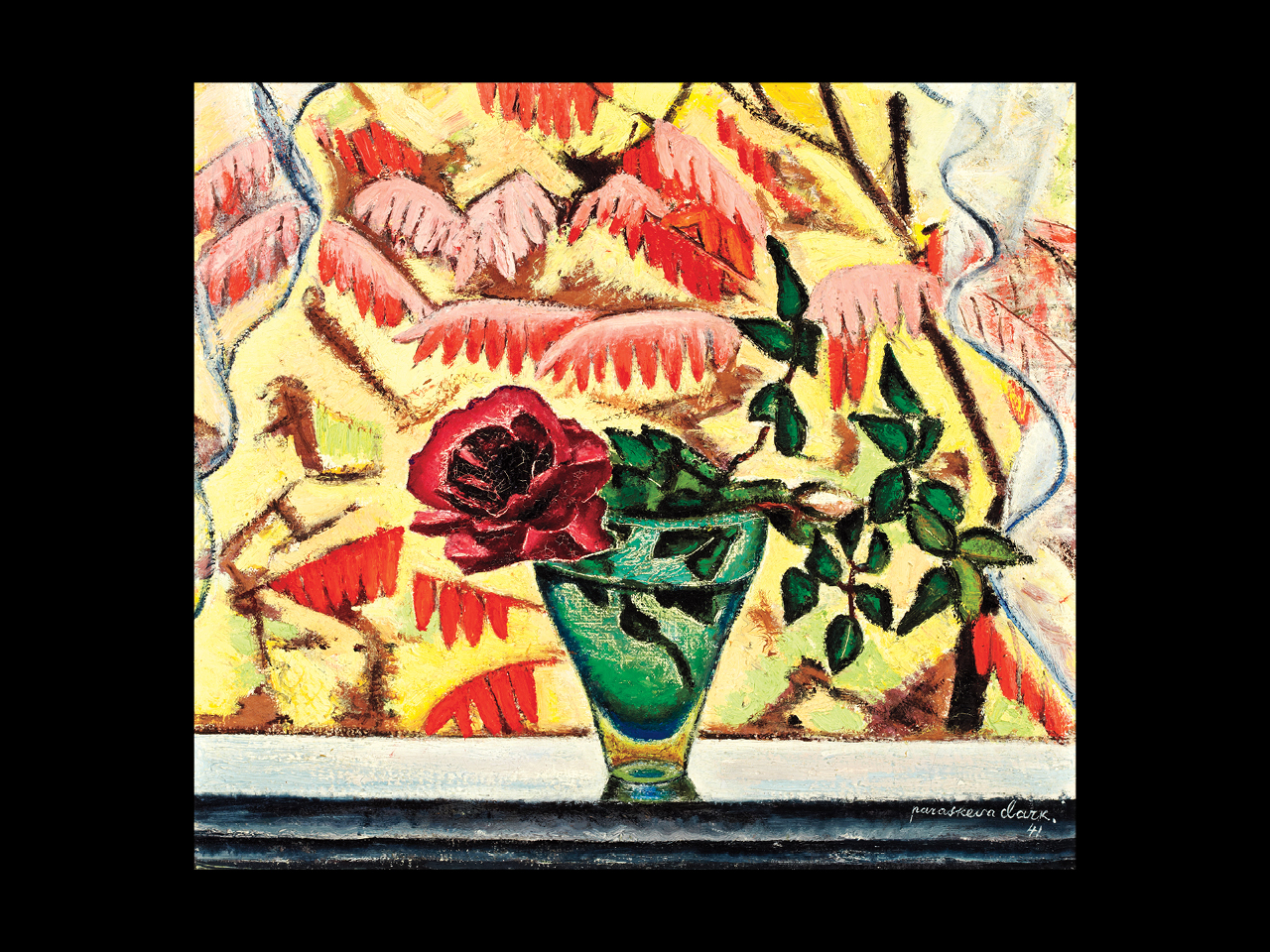 Throughout her life, Paraskeva Clark had her artistic practice interrupted by her role as caregiver to her husband and children. She often struggled to maintain creative focus. Born in Russia, Clark came to Toronto via Paris in 1931 and always identified as an immigrant, and held to her belief that “it was unethical to avoid the political dimension to art,” says Milroy. It’s an attitude “very much at odds” with the Group of Seven ethos, and with many artists who “insisted that Canadian art should be about the land and the connection to nature.” 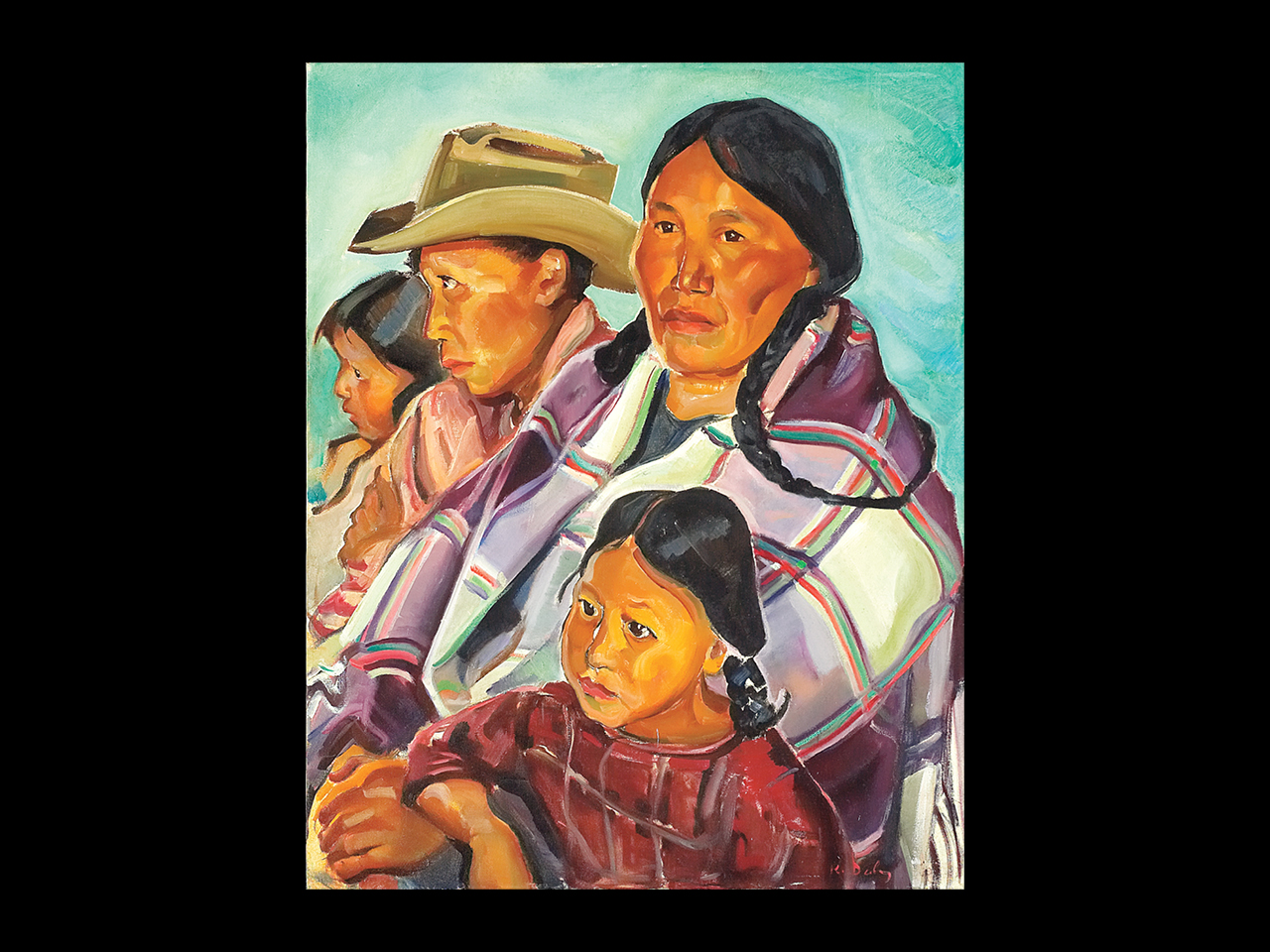 “Unlike many artists of the day, she carefully noted the names of her subjects and went to some pains to get it right,” says Milroy of Kathleen Daly Pepper, whose portraits of Indigenous people were done while travelling in Western Canada and the Arctic. “It’s clear that she’s not painting types; she’s painting individuals. And you can see that in the work.” 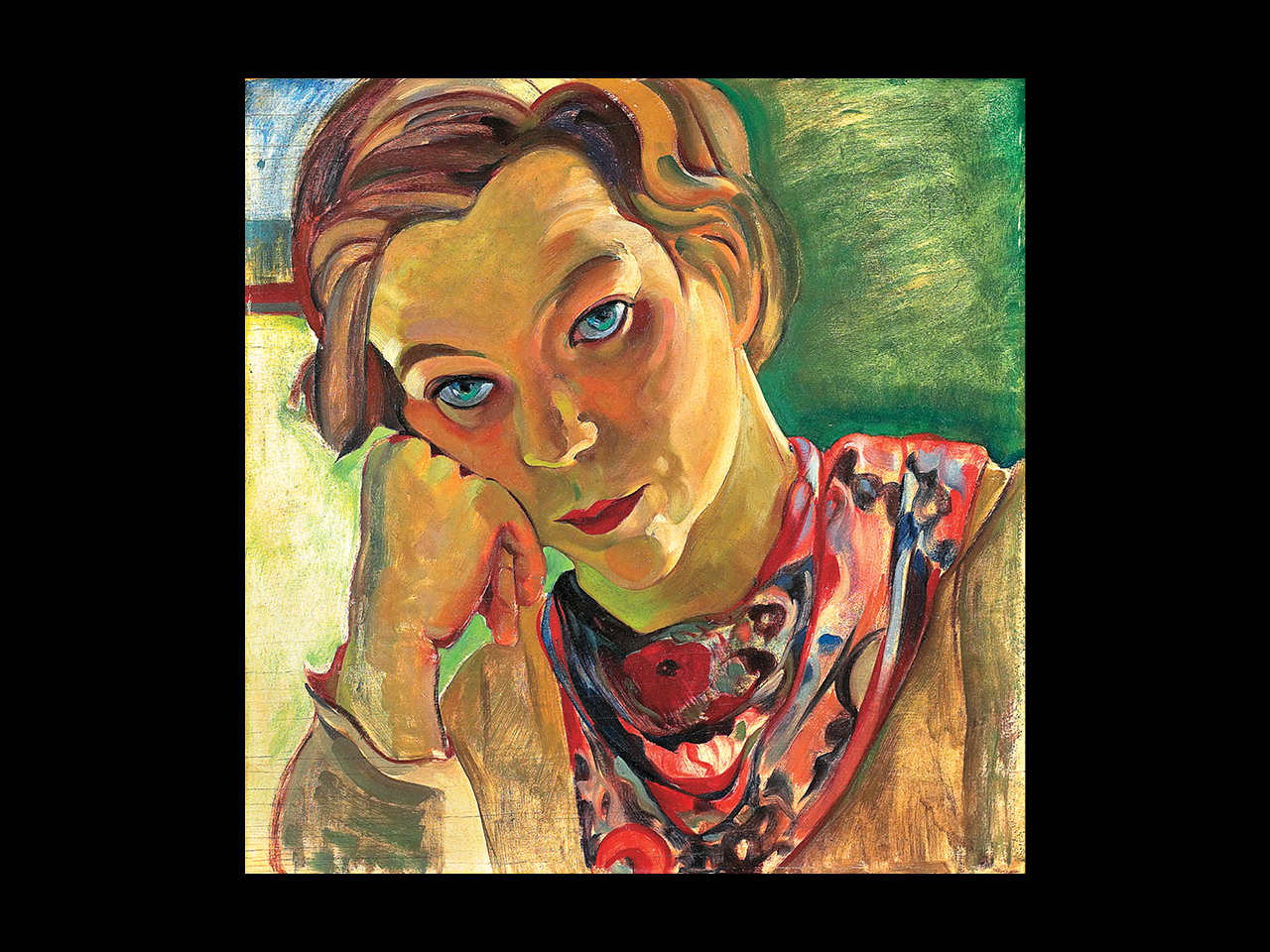 Portraiture wasn’t a significant focus of the era, and though some members of the Group of Seven did make portraits, it’s not their most “highly prized” work, says Milroy. Known for her depictions of World War II from a female perspective, Pegi Nicol MacLeod painted many portraits and self-portraits, including this one from 1935. Her vibrant canvases contained vivid colours and distinctively modern, fluid movements, which often asserted a rampant sensuality. 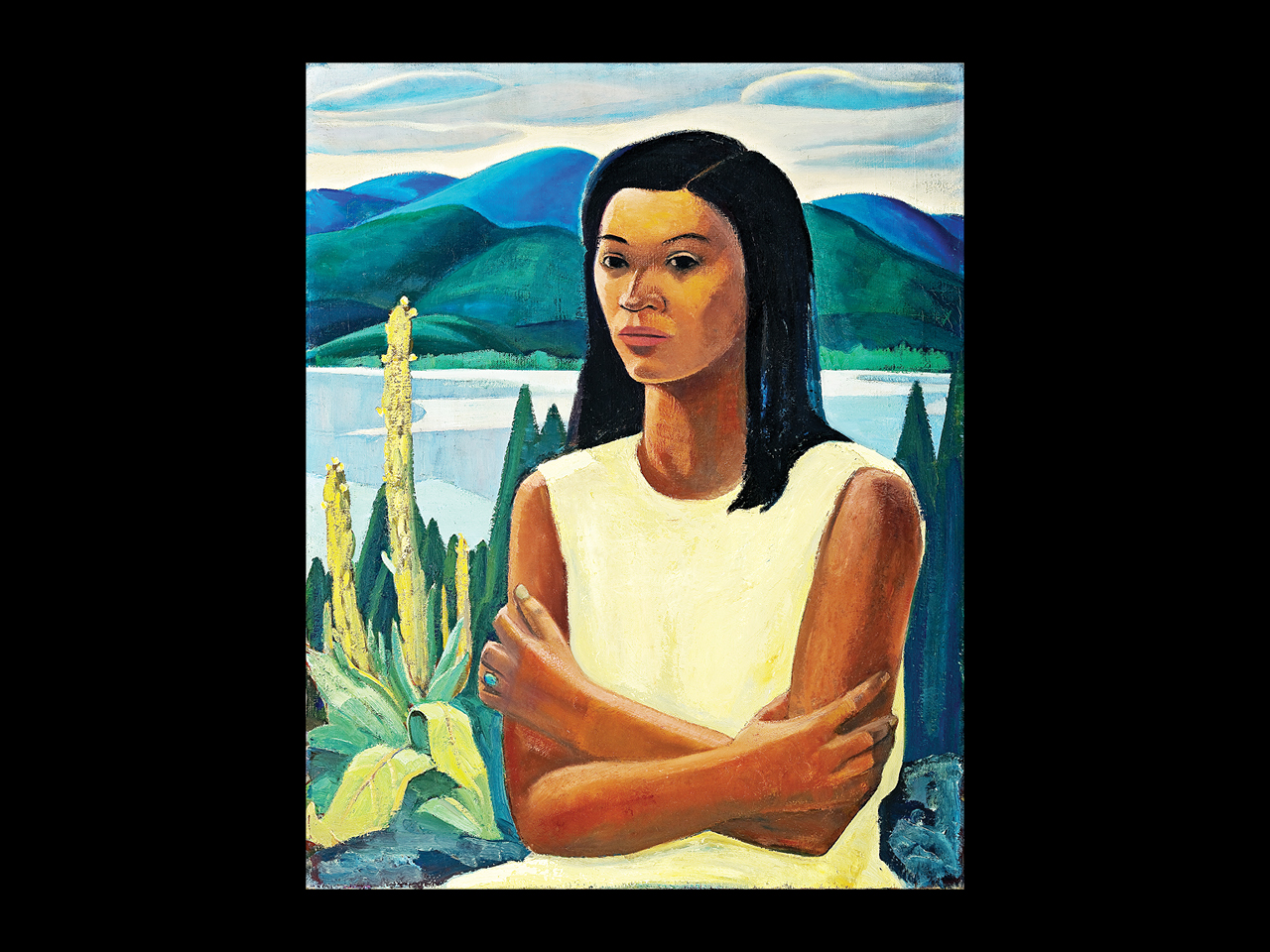 Daly Pepper and Yvonne McKague Housser shared a sensibility and sometimes went on European sketching trips together. This portrait echoes Paul Gauguin’s famous Tahiti portraits but also evokes landscapes by the Group of Seven, whom Housser showed with for their very last exhibitions. “We’re seeing the culture that was alive in the Indigenous communities in that 1920 to ’45 period, a culture that grows from a deeply embedded sense of place,” says Milroy. “And we can also see the settler art documenting that same landscape through a new lens, painting a kind of utopian vision of industry by settler people in the North. What we’re seeing is a collision between world views.” 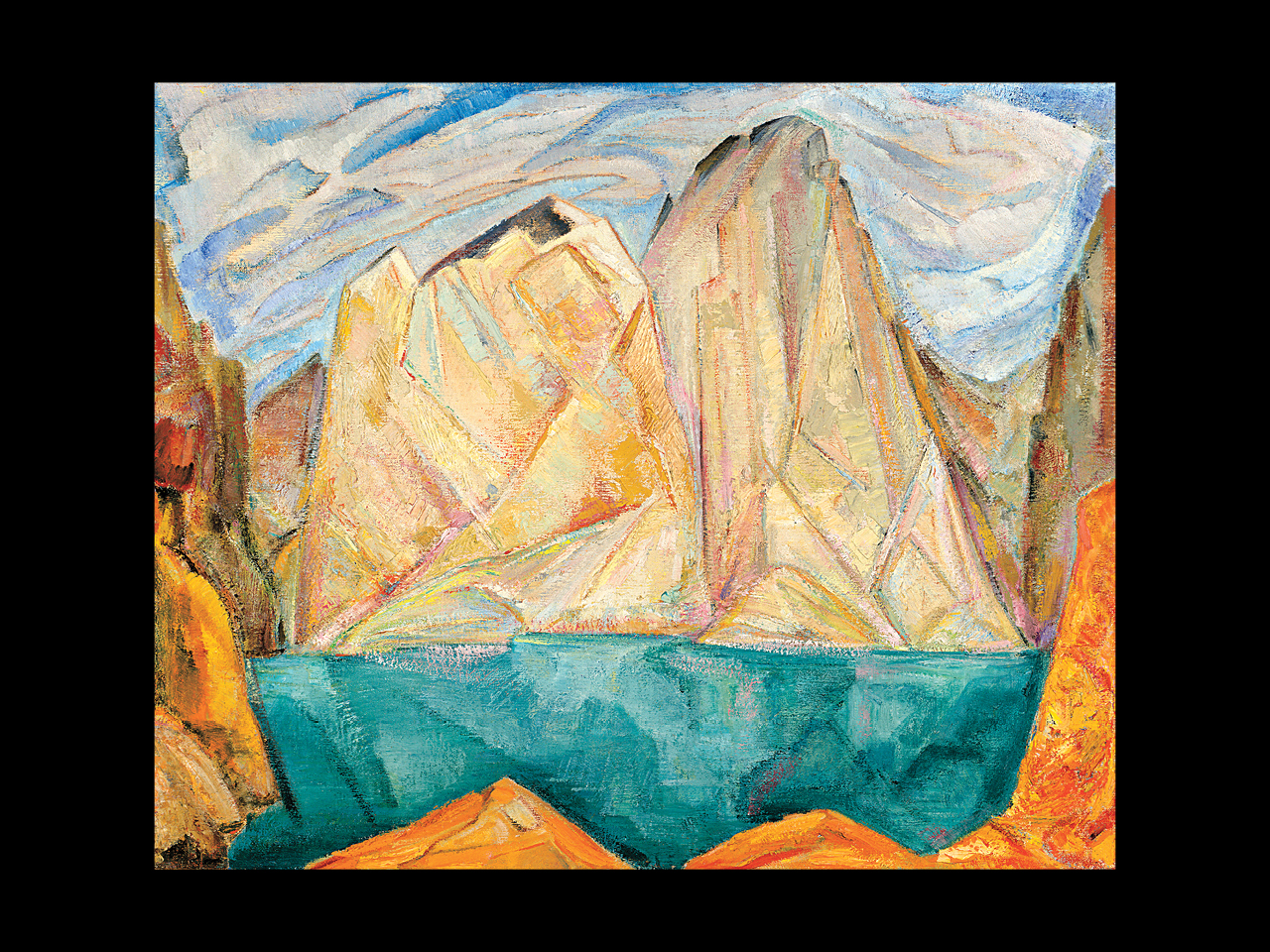 Married to Group of Seven member Lawren Harris, Bess Harris is “completely overshadowed by her husband’s legacy,” says Milroy. In fact, Harris was “very, very much the devoted wife of that period” and often found it difficult to complete her own work. “One doesn’t sense any bitterness or rancour, but she just simply felt her husband’s life was more important than hers,” says Milroy. “We beg to differ. Mountain Fantasia was one of her favourite paintings.” 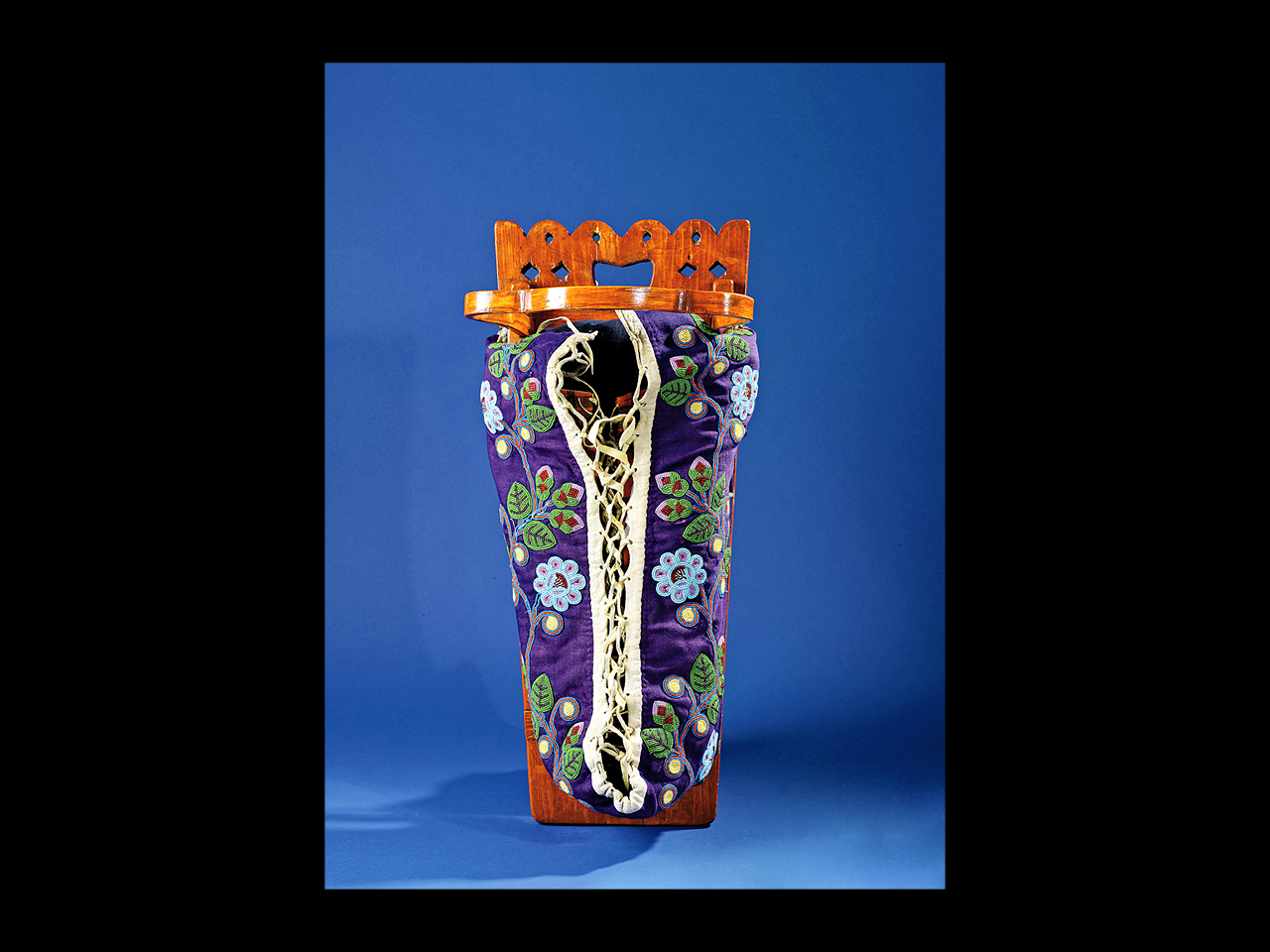 Elizabeth Katt Petrant, an Anishinaabe woman from Bear Island on Lake Temagami in Ontario, beaded the delicate flowers onto the fabric of this cradleboard, a special protective carriage made of wood and cloth that mothers use to carry babies on their bodies. Katt Petrant was one of a long line of women artists: Her grandmother’s basket is included in “Uninvited,” as is work by her granddaughter. As well, her daughter, Madeline Katt Theriault, wrote of their family history in her 1992 autobiography, Moose to Moccasins.