5 Reasons To Watch The Wildly Entertaining New Show The Great 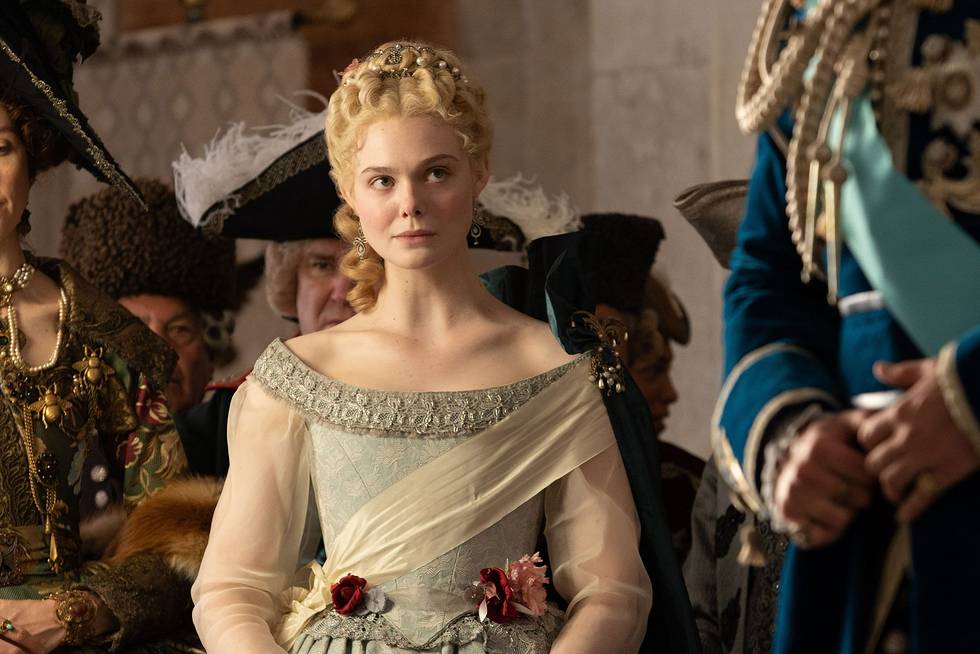 Elle Fanning as Catherine the Great.

Hulu’s The Great (now streaming in Canada on Amazon Prime Video) is a farcical 10-episode TV comedy-drama loosely based on the true story of Catherine the Great’s rise to her status as the longest-reigning empress of Russia. It has a buzzy cast (Elle Fanning stars in the title role, with Nicholas Hoult as her man-child husband Emperor Peter III) and it’s wildly entertaining—plus, somewhat educational, if you don’t take the facts too seriously. Here are five reasons to watch.

It’s a gateway to a fascinating bit of history

The show, as it cheekily claims in its title credit, is occasionally based on a true story. The Great’s main premise is rooted in fact: Catherine and Peter’s marriage really was a disaster from the start. And the historical Catherine did get fed up with her foolish husband’s antics and planned a military coup to remove him from power, claimed the title of empress herself, and ruled for 34 years.

It’s the timeline and details that get muddled in the show. In reality, they were married nearly 20 years before Peter became emperor and she launched the coup. And no, Catherine didn’t have a dry-humoured lady’s maid named Marial (Phoebe Fox) as her sidekick and her curly-haired lover, Leo, (Sebastian de Souza) is a fictional amalgamation of the many lovers she did have.

The fact-versus-fiction list goes on, but that’s not really the point. As creator Tony McNamara said, the show wears the badge of “historically inaccurate” with pride. Sometimes it’s so absurdly anti-historical that viewers can’t help but google what actually happened; hopefully, it’s a window into a story that will intrigue viewers enough to want to learn more.

It’s the engrossing story of a woman claiming power

Catherine is cut off from publicly engaging in politics—she attempts a speech and Peter cuts her off, “No, you don’t talk, my love”; she asks to help govern and is again told “You will bear my heirs”—so she involves herself in the background, and over the course of the series evolves from naïve bride-to-be to savvy empress-to-be. It is inspiring to see a young woman in such a male-dominated political system as eighteenth-century imperial Russia rise to the ultimate position of power.

Furthermore, it rehabilitates her character in many ways, as the real Catherine the Great is an infamously misunderstood historical figure (as is so often the case with women in history). Historically, she is more remembered for her rumoured sexual escapades than for the actual complexities of her reign. On one hand, she pushed through an Enlightenment agenda of reason, art, and modernity, founding schools and experimenting with vaccination; but on the other, she maintained despotic authority with at-times ruthless methods, failed to liberate the serfs, and has been criticized for her policies towards the Jewish people. 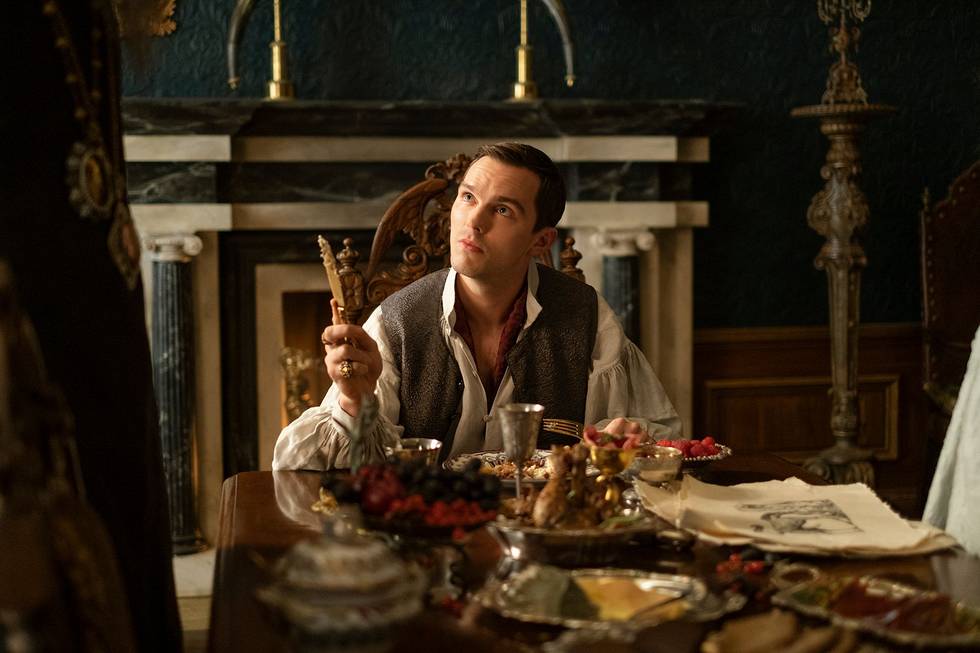 The cast is delightful to watch

Fanning is perfect for the role: she is charming and plucky, but also scary-powerful at times. At one moment, she blushes and babbles about fairy-tale notions of romance and Enlightenment ideas; at another, she engages in sarcastic banter and isn’t afraid to wield a knife. Overall, she is just plain hilarious.

Likewise, Hoult is clearly having a rollicking good time prancing around in too-tight leather pants and a powdered wig. He plays the part of the immature, self-centred, yet at times almost endearing emperor so well. And refreshingly for a period drama, the supporting cast is somewhat diverse in a way that doesn’t position characters of colour as “foreign” but just regular courtiers—like in the recent Beauty and the Beast live action film. 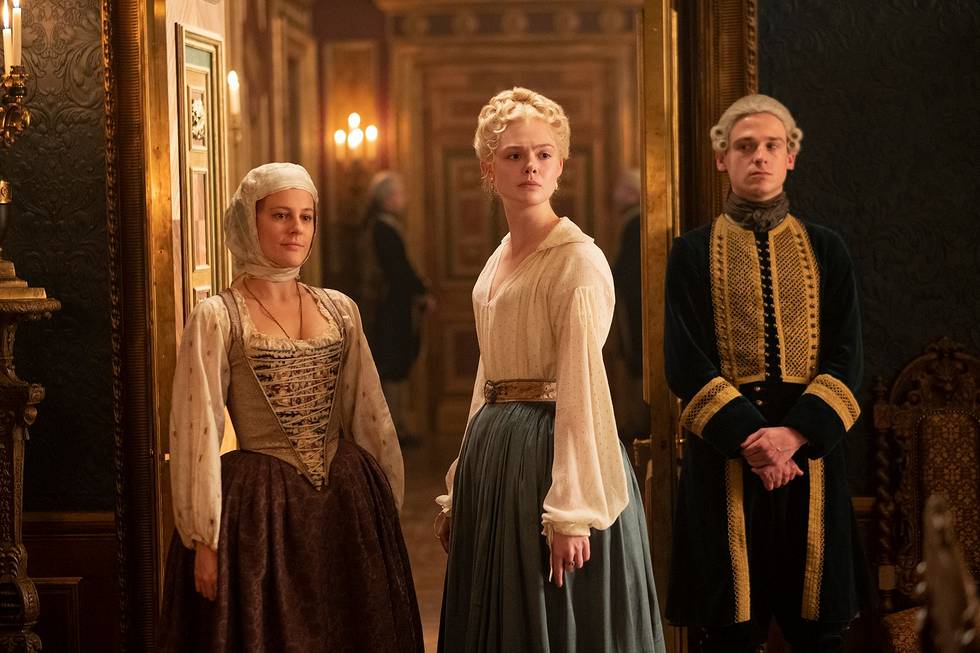 Like McNamara’s previous work, Oscar-winning dark historical comedy The Favourite (2018), The Great is written with a satirical tone and revels in sexual innuendos and ridiculous scenes. For example, Catherine finally convinces Peter of the merits of science. The result? A court science fair with pet dogs parachuted out the window and flaming courtier farts.

Overall, Peter’s court is depicted as a gilded frat house with hordes of young men and women paying much more attention to sex and booze than to policy and governing. The writing is witty, and the dialogue is quick, sharp, and just plain bonkers. It’s almost poetical, with a bizarre blending of modern expressions (“yep!”), swearing (so many f-bombs), and period expressions (“huzzah!”). 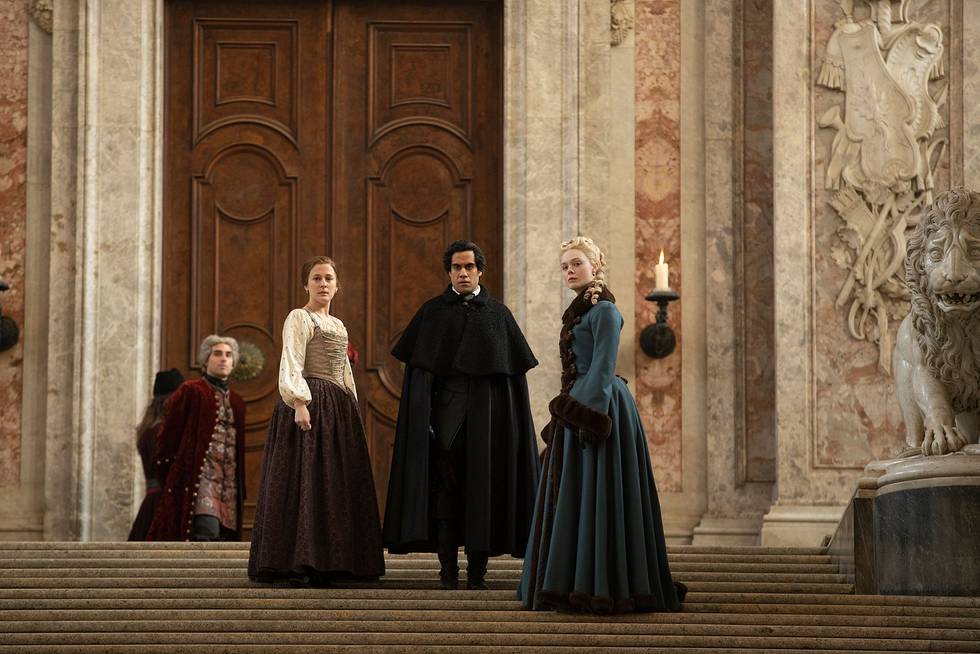 In many ways, the show depicts humanity at its fullest—absolutely terrible (arbitrary executions, gruesome torture, and selfish maneuvering are plentiful) but also hopeful, with youthful vibrancy and enthusiasm for a better future. It tackles important themes such as female positions of power, and some have even drawn contemporary comparisons between Peter, the political buffoon, to Trump.

But serious philosophizing and moralizing aside, this is a show that is unabashedly silly. The period costumes are divine—Fanning’s eighteenth-century gowns in this series alone would make Marie Antoinette swoon—and the plotline is diverting, lighthearted, and fun. Sit back and enjoy the wild ride, and don’t worry about taking what you’re watching too seriously.