The Crown Erased Black People. The Play Serving Elizabeth Writes Them Back Into History

Not a single Black character had a line in the second episode of The Crown, when Elizabeth goes to Kenya. So playwright Marcia Johnson reimagined the story. 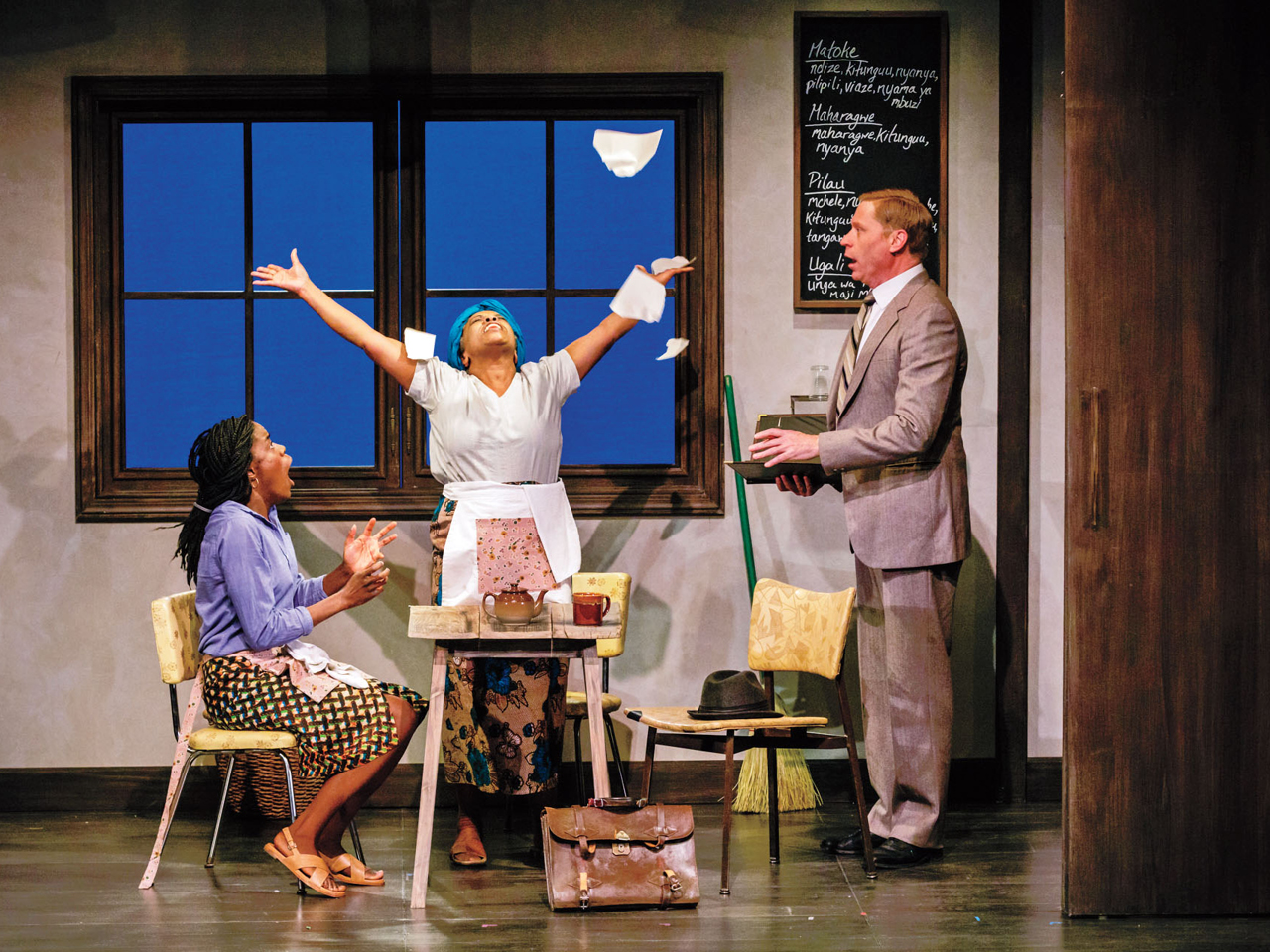 Jamaica-born actor and playwright Marcia Johnson was looking forward to The Crown when it debuted. “They had a huge budget, and the cast looked fantastic,” she says. But then not a single Black character had a line of dialogue in the second episode, during which then-princess Elizabeth becomes Queen after her father dies—while she’s in Kenya.

“They were filming in 2015,we were already talking about colonialism, we were talking about representation. It was too late in the day to make that kind of mistake.”

The show’s writers had erased African voices and identities just as colonial agents did, and Johnson intended to give them back. She rewrote the episode as a theatre piece, with a twist. Being staged in two locations this summer, Serving Elizabeth is a play within a play, in which a fresh take on that 1952 royal visit to Kenya unfolds alongside the story of a modern-day film student interning on a TV series about Queen Elizabeth.

A few years ago, Johnson promised herself that, like her heroes—Arthur Miller and Tom Stoppard—she’d have someone who looked like her in each of her plays. So as she began imagining the storyline, she asked herself, “What if a Black woman was asked to cook for the princess, and what if she was bitter with the Crown?” That woman is Mercy, an invented restaurant owner who is approached by the princess’envoy in the opening scene.

Johnson had Mercy in mind as the play’s lead, but it’s Mercy’s teenage daughter, Faith, who steals the show in the 1952 storyline, when the young woman defies her mother. Meanwhile, in London in 2015, Kenyan-Canadian film student Tia learns that there might be more to the story of that monumental royal visit than she’d been led to believe. Five actors play 10 roles in the production, one in each time period.

The play is funny and nuanced, as it encourages theatregoers to consider the influence of popular culture like The Crown on their understanding of history. It had its first production in B.C. in February 2020.

“People in Kamloops said, ‘I saw that episode of The Crown and it never occurred to me.’ I loved that,” says Johnson. “I could have written an op-ed or an angry letter to the producers. This was the best way for me to vent that frustration. The fact that it’s landing like this, that’s the success.”

Serving Elizabeth is at the Stratford Festival in Stratford, Ont., August 24 to September 26, stratfordfestival.ca; and the Thousand Islands Playhouse in Gananoque, Ont., October 7 to October 31, with some shows livestreamed, 1000islandsplayhouse.com.