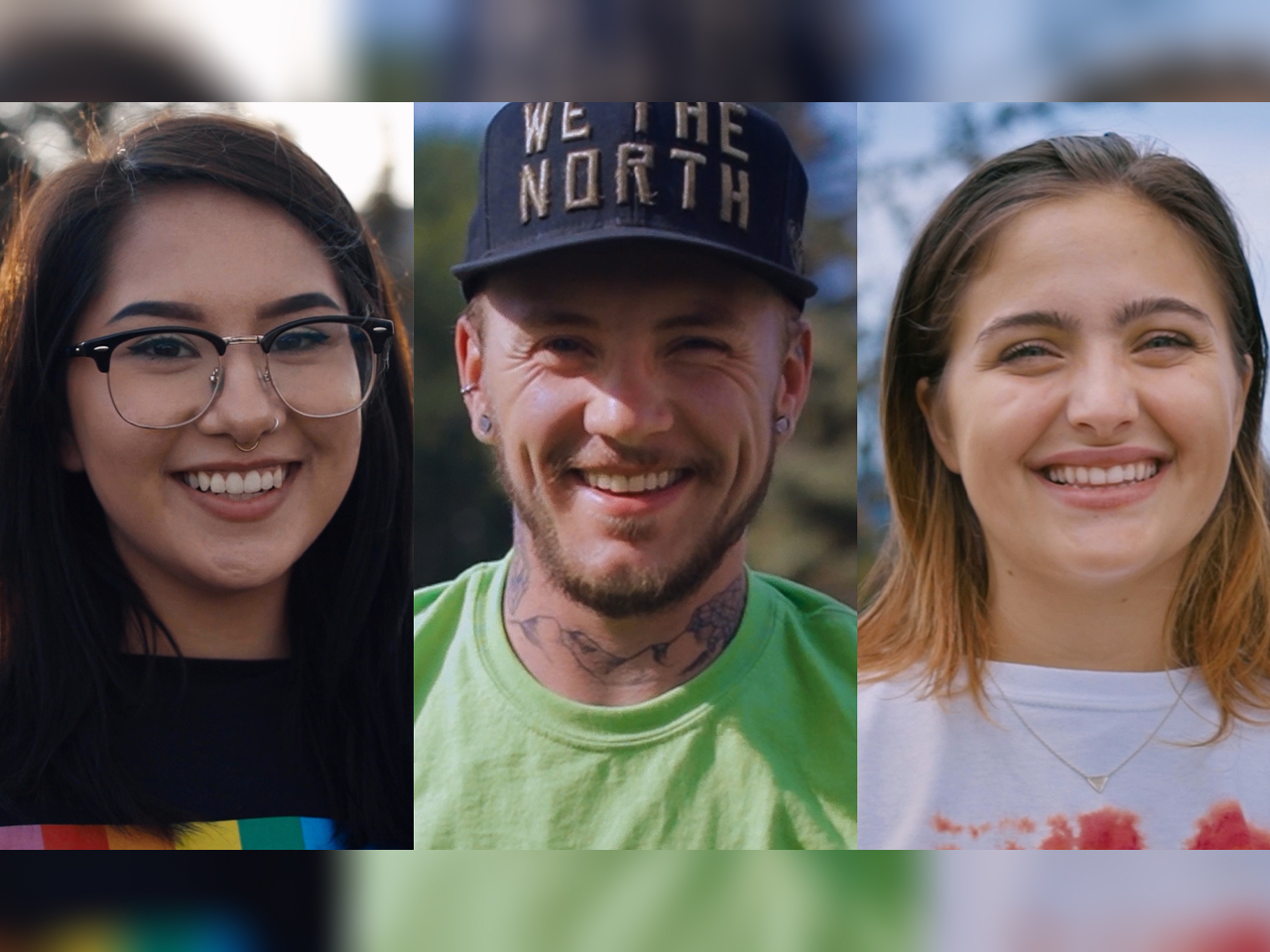 I’m Chelle Turingan, the co-director (alongside Riley Sparks), producer (alongside Rachel Giese) and editor of Small Town Pride, the first feature film made by Canada’s leading LGBTQ2S+ media organization, Xtra. This documentary has been two years in the making and I’m so excited to share more about this ambitious project, premiering this week at Inside Out, Canada’s largest LGBTQ2S+ film festival.

Small Town Pride offers an intimate look at the joys and challenges of being queer in a small Canadian town. Filmed in Alberta, Nova Scotia and the Northwest Territories over the summer of 2019, the documentary follows LGBTQ2S+ people and allies as they prepare for their local Pride celebrations. The various collectives organize in church basements, classrooms and around kitchen tables: A group in Taber, Alta., takes on a conservative town council that won’t fly a rainbow flag; while in Norman Wells, NWT, the challenge is bending rules to create safe spaces for youth to come out. Despite experiences of isolation and discrimination, they love their communities and strive to make them places where everyone, no matter who and how they love, can live and thrive. 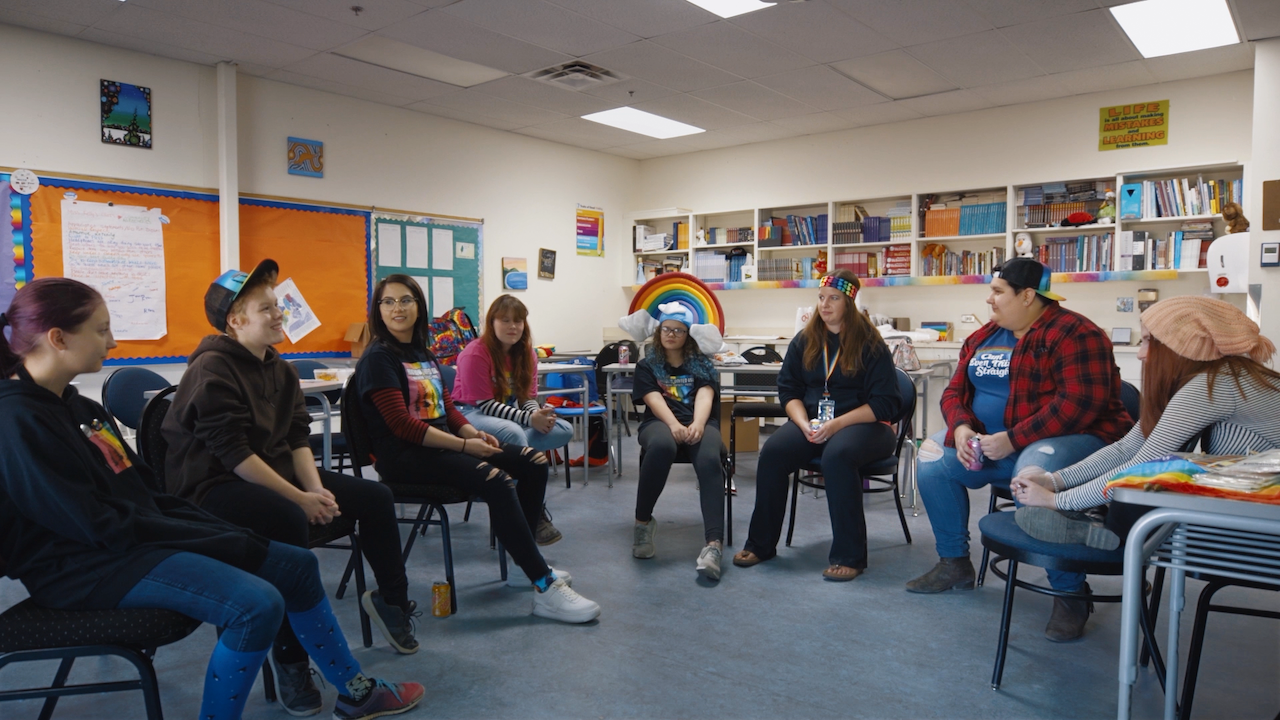 The inspiration for the film grew out of an experience I had with my partner, who grew up as a closeted queer teenager in the 1990s, in a small town nestled in the Ottawa Valley. This was before Gender & Sexuality Alliances (GSAs) existed in high schools, or the internet and social media made it easier for us to connect with each other. In 2018, her hometown of Smiths Falls, Ont., celebrated its very first Pride. The event moved her to tears, and she said to me, “I never thought I’d see this happen in my hometown.” Immediately, I knew how meaningful this moment was, to witness this massive progress within her lifetime, and it made me curious to know what was happening in other small towns across Canada. Small Town Pride is a love letter to all the queer and trans folks who grew up or will grow up in small towns—past, present and future. The film offers a chance to reflect on where we are now and where we still need to go, and serves as a reminder that the LGBTQ2S+ community is so much larger than our downtown enclaves.

It’s incredibly special to me that this film is debuting at Inside Out. I came out in my teens in the 1990s. And like many of us, when we take our first steps into the queer world, I was on an insatiable quest for LGBTQ2S+ knowledge: Where do I find resources, where can I connect with my community and where can I find queer representation in my everyday life? Tolerance was the best we could hope for back then, let alone acceptance, so the beginning of this lifelong journey started pretty lowkey.

But I am fortunate to have an older sibling who also identifies as gay. At the tender age of 16, my brother took me on the subway from our Scarborough, Ont., suburb to Church Street, the heart of Toronto’s Gay Village. We walked to the former Second Cup coffee shop and he explained to me how the stoop outside was a hotspot for cruising people-watching. He told me about Glad Day Bookshop, the oldest LGBTQ2S+ bookstore in the world, and showed me copies of print editions of Xtra. And he took me to see my very first queer film at the Carlton Theatre.

The movie was All Over Me, a coming-of-age story about a 15-year-old girl who falls in love with her best friend, set in New York City’s Hell’s Kitchen. One of the initial scenes of the film shows Claude (Alison Folland) and her BFF Ellen (Tara Subkoff) wearing ringer tees and skater chains, quietly playing unamped riffs on their beat-up electric guitars in Claude’s bedroom. Ellen stops to get ready to meet her boyfriend. She borrows one of Claude’s tank tops and leaves.

At that moment, everything clicked inside me: A teenage girl, growing up in a tough neighbourhood, playing angry riot grrrl music, watching her straight bestie fall in love with a douchebag of a guy?! The similarities between my own life and Claude’s were uncanny—this was the representation I was looking for. Film has always spoken to me in a way that no other medium can. And I wanted more. That’s when I found Inside Out.

When I watched All Over Me, there were fewer than ten people in the theatre. I remember sitting in one of the back rows, trying so hard to hide from other movie-goers. But when I went to see films at Inside Out, every single screening was packed. When I scanned the audience before each film started, I didn’t see people slinking in their chairs. People sat with large groups of friends: Girls with edgy haircuts, boys with flamboyant style. I heard chatter and laughter. There was no hiding here; I was with my people.

It feels surreal to have Small Town Pride premiering at this film festival. I’ve been attending Inside Out for more than 20 years now and have had the opportunity to watch some of the most beautiful and important queer films of the last two decades, from all over the world, some of which I’ve not been able to see again since. My only hope is that our documentary will reach as many people as possible—perhaps folks just like me, searching endlessly to see themselves reflected back—and touch their lives in the same way queer cinema has touched mine.

The Inside Out festival runs online until June 6. If you’re in Ontario, you can get your free tickets for Small Town Pride here.