Why The Resonant, Acclaimed Minari Should Be The Next Film You Watch 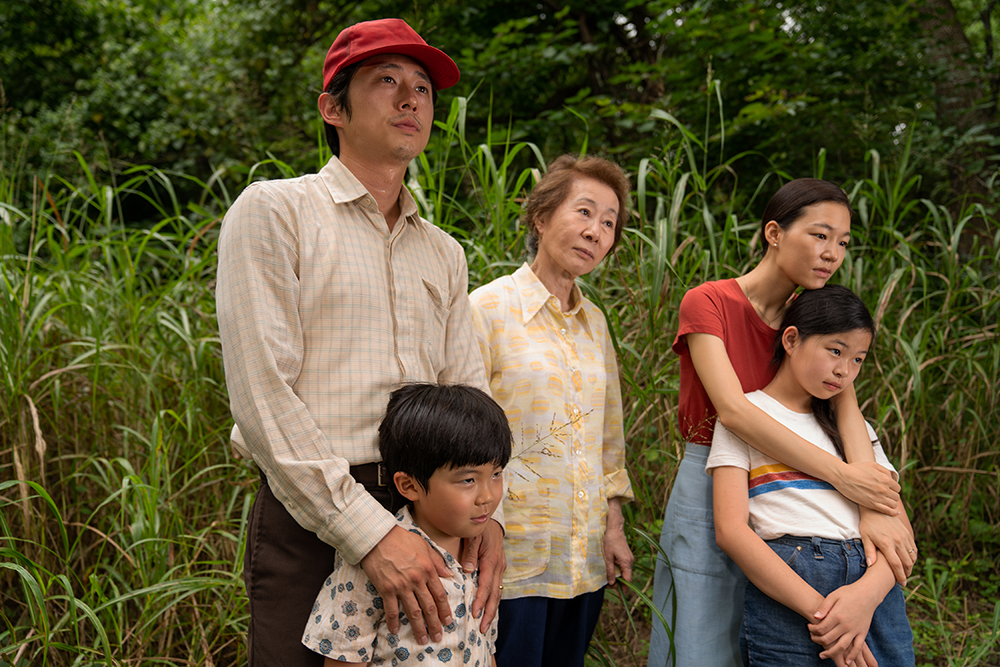 Growing up in suburban Ontario in the 1980s, my brother and I spoke a form of bastardized Korean with our parents, a secret language understood exclusively between children of Korean immigrants and their parents in the English-speaking world over: Konglish.

That was our reality.

So the fact that the critically acclaimed movie Minari was thrown into the foreign-language film category at this year’s Golden Globes (which takes place on Sunday) because it doesn’t feature at least 50 per cent English dialogue is an affront to the lives and realities of first- and second-generation Koreans who grew up toggling clumsily back and forth between two languages—sometimes through tears and frustration.

In press notes, filmmaker Lee Isaac Chung points out that he deliberately chose to write the family’s dialogue for the U.S.-set drama in Korean in order to preserve a sense of authenticity that becomes irretrievably lost when immigrant characters are made to speak English in a film.

The result is a believable, unfiltered piece of storytelling that is refreshingly—and sometimes painfully—raw in its honesty. 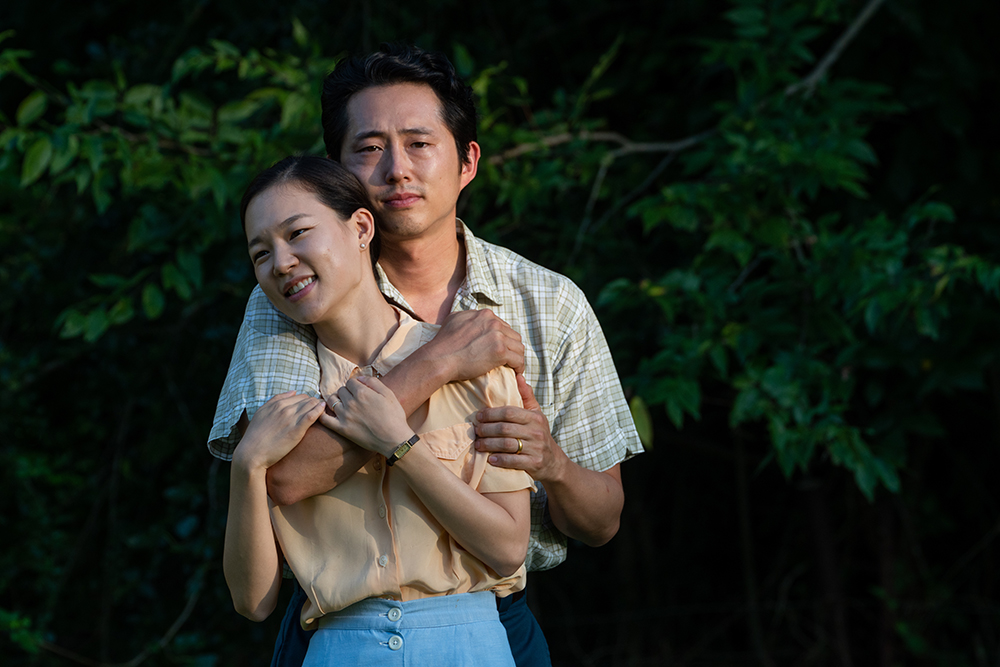 Set in the 1980s, the story centres around a young South Korean couple and their two children as they move from California to Arkansas. There, the father, Jacob Yi (Steven Yeun), dreams of building a farm and supplying the thousands of Korean immigrants who move to the U.S. every year with traditional vegetables from the homeland—like the peppery herb minari that gives the film its title.

Largely autobiographical, the film has been described as the quintessential American film that traces the immigrant experience. But Korean Canadians will no doubt also see themselves in the movie—particularly those of us who grew up in the 1980s, long before the internet and the Hallyu wave that brought Korean culture out into the mainstream. 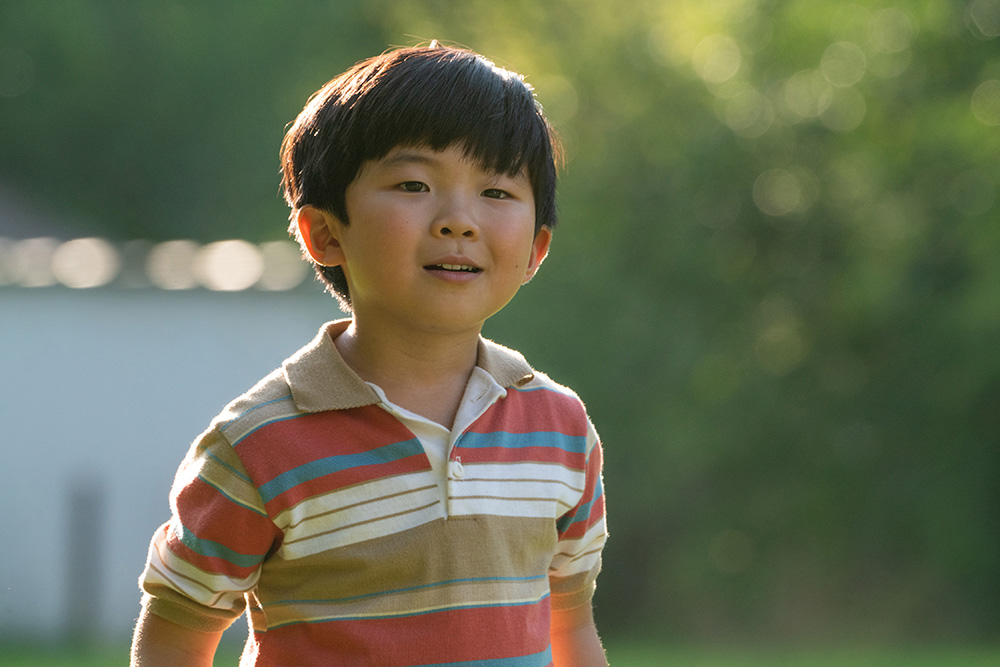 And while Chung, who wrote and directed the film, often filters the story through the eyes of 7-year-old David (played masterfully by the loveable Alan Kim), for me his greatest accomplishment is giving a voice to David’s parents—and by extension my parents’ generation —Jacob and Monica (Yeri Han), first-generation Korean immigrants whose stories are often sidelined in narratives that focus on the experience of second-generation kids like myself growing up Asian in white America or white Canada.

In one scene, Monica becomes emotional in a moment of acute homesickness and longing when her mother, Soon-ja (Youn Yuh-jung) who has just moved to the U.S. to be with the family, produces a bag of red chili flakes and dried anchovies. I think of my own mother who, newly arrived in Canada and pregnant with me in the late 1970s, was driven mad during an English language class by the smell of cabbage rolls cooking in the cafeteria, which bore a familiar, sulphuric similarity to kimchi. It’s a tale she’s told me hundreds of times, and the emphasis is always on how powerfully transporting and comforting the aromas were for her that day.

During a heated argument with his wife, Jacob slams his fist on the table shouting about how sick he is of working a menial job as a chicken sexer, a job he’s held for 10 years. In that moment I think of my father, who spent 30 years working shifts on the floor of a tire factory where he lost part of his hearing and developed knee and joint problems, and who rarely, if ever, took a sick day throughout his career.

When Monica expresses dismay about the absence of a Korean church in the area, I remember my own upbringing, which centred around a small, tight-knit Korean church founded by the first wave of immigrants to the area in suburban Ontario. I remember the warmth and awe of watching my parents among their friends in the early years, marvelling at the easy way they would talk and laugh at jokes I didn’t understand, so different from the way they were outside the Korean community—shrunken, unsure, quiet and aloof because of language and cultural barriers.

And, watching the dynamic between Soon-ja and the grandchildren makes me think of my own grandmother, who also came to live with us from Korea when I was around 11. Shamefully, regretfully, I remember how, I too, resented the presence of this stranger I didn’t know in our home, but how badly I felt when she went missing during a walk in the neighbourhood and was escorted back by police. Their only clue to her address was my grandmother’s repetition of the word “Korea, Korea,” the only English word she knew.

While watching Minari, hearing both English and Korean in intimate family conversations on the screen is at once new and strange, comforting and jarring. I think of non-Koreans who will watch the film and not understand the dialogue unless they read the subtitles—in much the same way my parents went through their early years in Canada in a perpetual state of confusion because of language barriers, with only a small, dog-eared Korean-English dictionary to help them.

And then I think of Parasite director Bong Joon-ho who said in his acceptance speech at last year’s Golden Globes: “Once you overcome the one-inch-tall barrier of subtitles, you will be introduced to so many more amazing films.”

Minari will be available to rent in Canada Feb. 26 on on-demand platforms like Apple TV, Amazon Prime Video, Cineplex Store and the digital TIFF Bell Lightbox.