Gwyneth Paltrow *Finally* Did Something Good For Vaginas

The patron saint of woo-woo wellness filmed a Goop Lab episode that destigmatizes vaginas—but she’s also part of the problem. 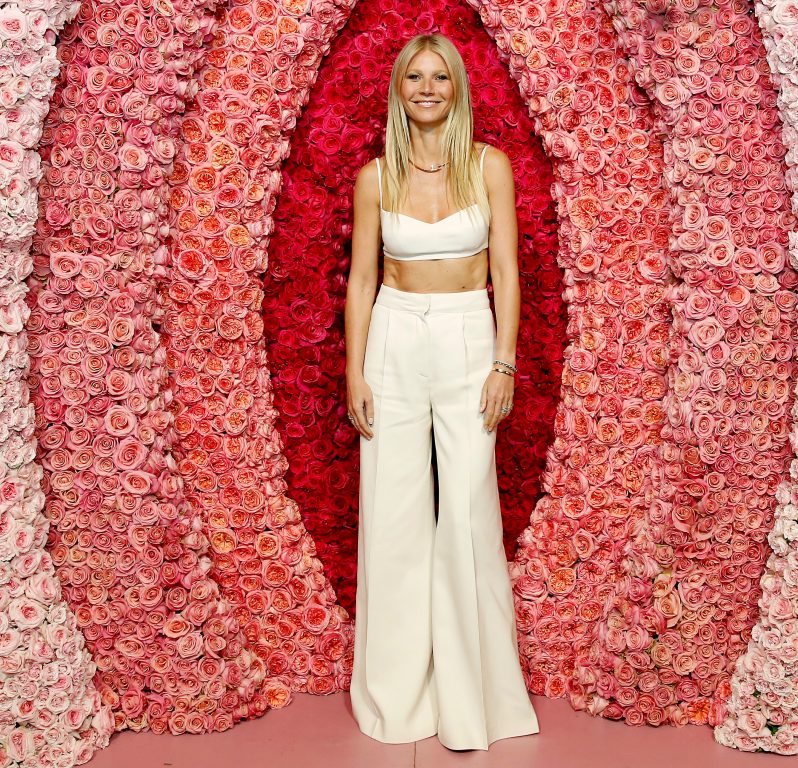 Make no mistake, this is major. A woman experiencing self-induced sexual pleasure for its own sake in a way that feels totally divorced from the male gaze is a radical departure for typical depictions of female sexuality on TV or anywhere else. And of course, sex is never just about sex. “When you’re independent you know what you want. We’re very dangerous when we’re knowledgeable,” says Dodson.

“Tell me about it,” says GP, with seemingly zero grasp of the irony that wafted over the episode like the perfume of a vaginal-scented candle.

The big O moment is the climax (yes) of episode #3, “The Pleasure Is Ours”—36 minutes that is mostly Gwyneth and Goop chief content officer Elise Loehnen talking with Ross and Dodson about the cultural stigma around female pleasure and the vagina. They discuss a disturbing 45 percent rise worldwide in elective labia surgery (basically a facelift for your lips) and the fact that nobody even bothered to map the clitoris until 2005. They also look at multiple images of real-life vulvas—quite possibly the most vulvas ever shown on television in the entirety of its existence.

Destigmatization of the body parts previously known as “down there” has been key to Paltrow’s 2020 agenda: The first promo images for The Goop Lab saw her posing inside a giant pink vag; at the L.A. premiere there was an IRL floral version on the red carpet. And of course there was the viral “This Smells Like My Vagina!” candle, a musky, suede-and-bergamot scented candle which GP has described as punk rock and transgressive.

On that particular count, she’s kind of right. For way too long, vaginas have been the Voldemort of human body parts—that thing of which we dare not speak. (I actually thought it was called a pajina until my mom corrected me, when I was about 8, with the somewhat sanitized “vee-gee.“) Thus posing inside one, or putting the v-word on a candle, is indeed a bold political act. One in step with a greater cultural moment. See also: the opening (I mean, it’s just too easy) of the world’s first Vagina Museum in the U.K. last year, the rise of female anatomy as fashion statement, Dr. Jen Gunter’s bestselling book, The Vagina Bible and Rebel Wilson’s amazing joke about her vagina’s nickname at this year’s BAFTA Awards.

All of these acts of normalization and reclamation fight back against systemic forces that aren’t just anti-vagina but anti-woman. Forces—we hear at the 11-minute mark of “The Pleasure Is Ours”—that promote myths and misinformation around female bodies. Forces that result in genital shame.

“Why? Where do we get that?” Gwyneth asks (again, not so much as a smirk).

“The culture” is the answer that Dodson gives her. Which is true and vague and also a polite way out of an awkward situation. Because telling someone that they are responsible for the very cultural forces they purport to be fighting against is tricky business.

This isn’t Gwyneth’s first foray into female genitalia. Goop would not be the multi-million dollar megacorp it is today without early scandals around vaginal steaming (before that Goop was just recipes and overpriced track pants) and coffee enemas (different anatomy, but still). In 2017, Goop achieved true lightening-rod status by telling women it was a good idea to stick jade yoni eggs inside their vaginas to prevent uterine prolapse—a practice that may be medically dangerous (jade is porous and could potentially promote bacteria growth that could lead to bacterial vaginosis and other conditions) and is also entirely B.S. So much so that Goop was investigated for making unsubstantiated medical claims and paid a US$145,000 settlement.

But if there was a lesson to be learned there, GP wasn’t having it. Her website still sells the yoni eggs (now with a reworded disclaimer). And just last week the watchdog group Truth in Advertising (the same group that called out the jade eggs) issued a new series of complaints directed at other Goop merchandise, including Madam Ovary pills (which claim to ease transition into menopause) and perfumes that Goop claims “can treat numerous mental disorders” according to the site.

I am not the only one smelling Eau de Hypocrisy in Goop’s pro-pussy branding tactics. As Guardian journalist Arwa Mahdawi recently put it: “She’s capitalized on both vaginal shame and celebration. She’s built a completely symbiotic vagina economy.” Symbiotic and maybe even genius, but also reaching level of disingenuousness right up there with Kendall Jenner’s infamous Pepsi ad.

If Gwyneth really cared about misogynistic stigma, she wouldn’t be selling items that prey on female insecurity and the idea that the vagina, and the entire female body really, is a problem that needs to be fixed. And purified. And starved (don’t even get me started on this intermittent fasting garbage). So sure, the Goop Lab may be drawing some much needed attention to female pleasure and orgasms. But until Paltrow stops profiting off the anti-vag establishment, she’s—well—faking it.