After living in Paris for 11 years, a Canadian expat searches for authenticity in one of Netflix's hottest shows. 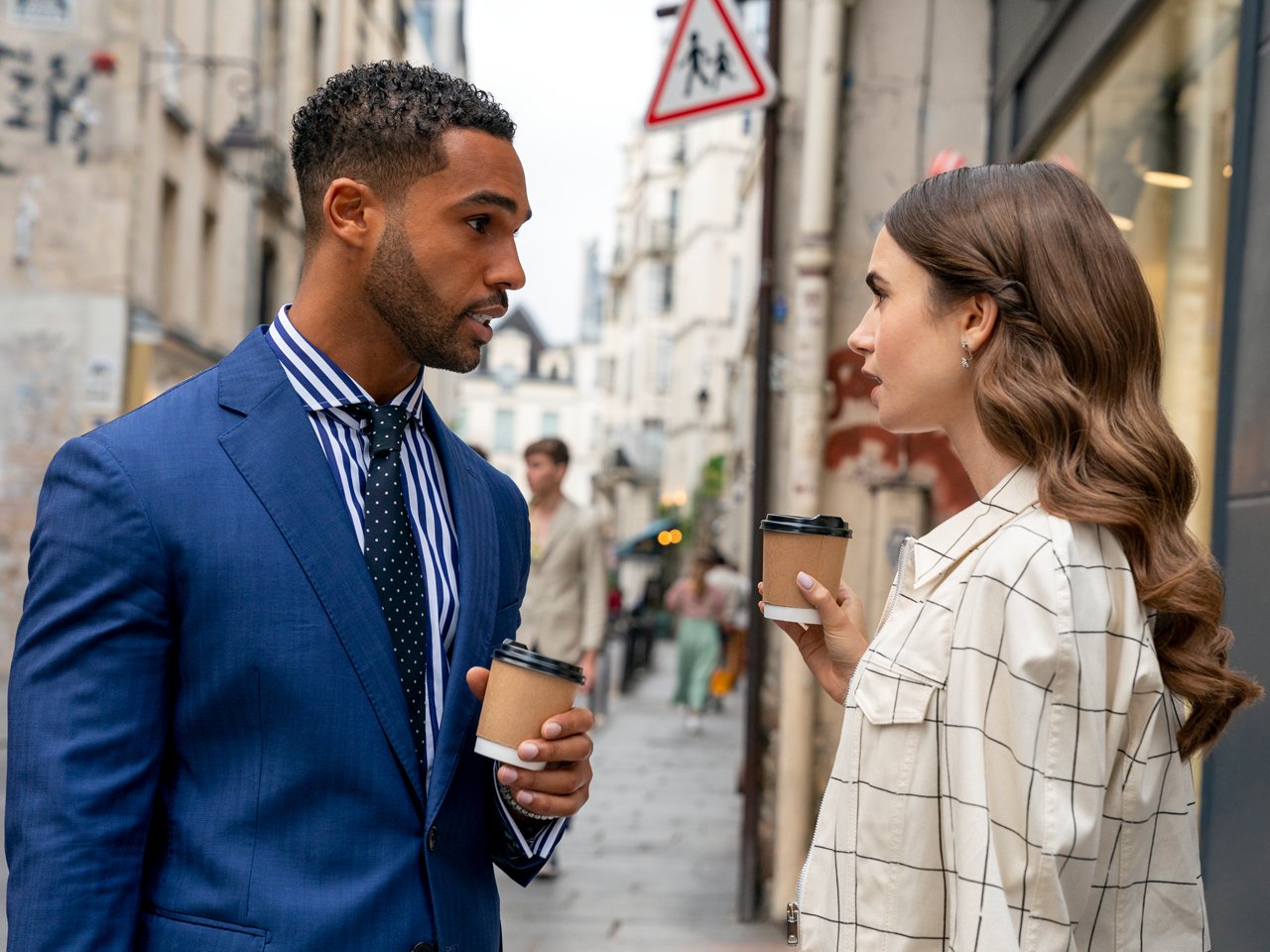 I binged the second season of Emily in Paris on a Friday night from my Paris apartment in my flannel Joe Fresh pajamas while snacking on stale macarons, and I have some thoughts. But before I go any further, it’s important that I give you a bit of context. I am a Toronto expat who has lived in Paris for more than 11 years, which should give me solid credentials for making sweeping judgements about the show. They are, in very particular order, the following: Emily is still insufferably annoying; Gabriel has become very dull compared to Emily’s new hot, scintillating and titillating British love interest Alfie; and Sylvie is the real heroine of the show.

When the first season premiered and caused a ridiculous uproar, I found the criticisms a bit disingenuous: It’s a series from the creator of Sex and the City, in which a freelance writer wrote one measly column a week and lived in a Manhattan brownstone with a closet full of $630 Manolo Blahniks. What did you expect? A searing documentary on racial injustice in France? A thought-provoking commentary on the refugee crisis in Europe? I was Team, “let the people who are stuck at home under threat of a life-threatening virus have their escapism through absurd fashion and ludicrously beautiful scenes from one of the most stunning cities in the world.”

OK, now that you know where I stand, here are some of the interesting storylines from season two. Warning: spoilers ahead.

One of the biggest beefs French viewers and U.S. expats had with season one was that it was unrealistic and loaded with tired Paris clichés. Because nuance is not a forté in the series, it’s clear that newcomer Alfie—who for me emerges as the sexier, funnier and smarter of Emily’s love interests—was created to address the barrage of criticism it faced from season one. Unlike Emily (Lily Collins), Alfie (Lucien Laviscount) is nonplussed by the French capital and calls out the traffic, the dog poop on the sidewalks, the cigarette smoke and the scammers. “Paris is built on a fantasy,” he says. After living in Paris for many years, I can attest to the wretchedly bad air quality: The city regularly restricts car traffic to bring down dangerously high levels of ultra-fine particles. I will also add that incoherent administration processes, non-existent customer service (visiting is one thing; day-to-day interactions is another), and more importantly, the discourse on racial injustice (I am Korean-Canadian) can be frustrating.

Another point of contention about the first season was the conspicuous lack of representation and diversity in the cast, with the exception of Julien (Samuel Arnold), Emily’s colleague at the marketing agency Savoir, and Mindy (Ashley Park) who was relegated to the role of token Asian sidekick and BFF to the titular character. But even her character served as little consolation, given that Mindy is packaged under the trope of a rich Asian heiress in Paris.

(For the record, I have no trust fund to dip into.)

Along with Alfie, who is Black, season two introduces Gregory Elliott Dupree (Jeremy O. Harris), a flamboyant queer Black fashion designer who stages a celebratory, inclusive fashion show at the Palace of Versailles, featuring models of all shapes, colors, orientations and sizes. Julien also gets some more screen time as a single young man on the prowl who leads Emily to Paris’s pulsing gay night clubs in the Marais. And the show also takes viewers to Belleville, one of two Chinatowns in Paris where Mindy sings with her band in a Chinese supper club. In a nod to the global popularity of K-pop, BTS fans are also in for a treat early in the series.

Over the last few years, the French government has waged a culture war against what they see as American-imported ideologies of “wokeism”—something critics say is an effort to quell discussions of Black Lives Matter and discredit the work of social and racial justice activists. The minister of education has categorically rejected calls for inclusive writing, such as the use of the gender-neutral pronoun ‘iel’ in lieu of French pronouns “il” (he) and “elle” (her), and even launched an “anti-woke” government think tank dedicated to “protecting French values.”

In season two, we see a version of this dynamic play out savagely between Madeleine (Kate Walsh), Emily’s boss back in Chicago, and Sylvie (Philippine Leroy-Beaulieu), who heads the French office in Paris, when Madeline wants to launch Pelotech, (a fictionalized version of Peloton) in France. “I think we should leave the creative to the people actually in Paris,” says a seething Sylvie when Madeline throws out a possible tagline for the campaign. “You know the French are very susceptible to having their culture interpreted by foreigners and shoved down their throats.” Touché.

As I did in season one, I find both Collins’ portrayal of Emily and the character Emily herself, chalkboard-screeching annoying. But what redeems the series this season is Sylvie, who fights back against ageism with her screen-stealing presence and take-no-prisoners, no.B.S. attitude. I was riveted by her magnetism, haughtiness, youthful energy, free-spiritedness, snobbery, elegance and intelligence. Along with giving her the more interesting romantic plot lines (I say no more), writers also gave Sylvie some of the better dialogue. “You have the rest of your life to be as dull as you wish. But while you’re here, fall in love. Make mistakes. If you’re going to do Paris for one year, for God’s sake, do it right.”

To this, I heartily agree. And I’d like to think that I did live out my first year in Paris this way. But I’d also like to remind you that once the demands of real life settle in, the expat Parisian life will invariably include eating bad takeout in the gastronomic capital of the world and brushing crumbs off your unflattering-but-cozy pyjamas on a Friday night—far from the fairy lights of the Eiffel Tower. Because remember folks: Emily in Paris is just a show. And there’s nothing wrong with that.

Vivian Song is a Toronto expat and is guilty of perpetuating Parisian stereotypes, namely of the city’s stunning beauty and poetry, on Instagram and YouTube.