Chrissy Teigen Is Owning Up To Some Major Mistakes

In her public apology, she vows to be a better role model as a parent to Luna and Miles. 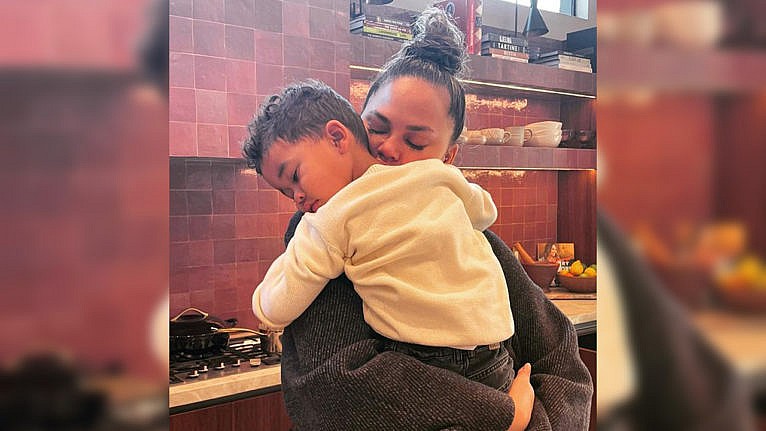 Humans make mistakes, but as parents, it almost feels like you’re not allowed to because there are little ones watching and surveying your every move. One slip up can cause a lot of guilt for parents, and a lot of calls for explanation, too.

Celeb mom and internet personality Chrissy Teigen knows this quite well, and she says as much in her recent apology where she owns up to her mistakes (specifically regarding her actions towards Courtney Stodden) and vows to be a better example for her two young kids, five-year-old Luna and three-year-old Miles.

Around 2011-2012, Stodden (a media personality who garnered significant public criticism in their teens after marrying 51-year-old acting coach Doug Hutchinson) became the target of a series of horrible and degrading Tweets from Teigen. “Go to sleep forever,” Teigen said in one tweet directed at Stodden. “What drug makes you do that with your mouth? asking for a friend who really wants to know how to look like an idiot. thanks,” said another. There appeared to be no real reason for the hateful tweets—no behind-the-scenes drama or rival-filled interactions—just one person publicly attacking another.

In a recent profile of Stodden, the Daily Beast reintroduced the world to Teigen’s troubling messages, revealing even more details, like how Teigen apparently privately messaged Stodden telling them to kill themselves. Teigen responded with a short Twitter apology and then slowly faded from the public eye.

She resurfaced with a more lengthy apology to Stodden, explaining her actions, as well as how the experience will impact her parenting going forward—especially when it comes to making mistakes.

“John tells me almost every day how much our daughter Luna reminds him of me,” Teigen wrote on Medium. “Every day, I try to make sure she’s all the best parts of me, all the things I aspire to be all the time, but fail at sometimes. And we preach kindness to her and Miles every chance we get. Will they eventually realize there is some hypocrisy there? I certainly do. But I hope they recognize my evolution.”

“My goal is to be so good that my kids will think this was all a fairy tale. Not the fake good. The good that has the best intentions, the good who wakes up wanting to make her friends, family, her team and fans as happy as possible. The good who will still fuck up in front of the world but rarely, and never not growing only more good from it.”

Take a look at the full apology below:

In her statement, Teigen details the all-too-real feeling of failing as a parent—that guilty feeling of trying to teach our kids to be the best versions of themselves but not practising that noble behaviour ourselves. She also delves into how she’s taking ownership of her actions and learning from the mistake instead of dismissing it.

It seems like while she hopes for a “fairy tale” outcome, she understands her kids may call her out for her hypocritical behaviour in the future, and she’s prepared to own up to it. By the time they’re old enough to understand, she hopes that the work she’s done to be “the best version” of herself can show her kids how far she’s come. Not in a way that excuses her behaviour, but in a way that shows progress.

Perhaps parents can take a valuable lesson from Chrissy’s public mistakes: mess-ups are inevitable, but accepting accountability, actively working to do better (and be better) and being open to those conversations with your kids can help.