How CBC’s The Porter Made Me Reexamine My Own History

Working for the CN Railway played a pivotal role in my dad's life, but his stories always felt like legends—until I asked for the facts. 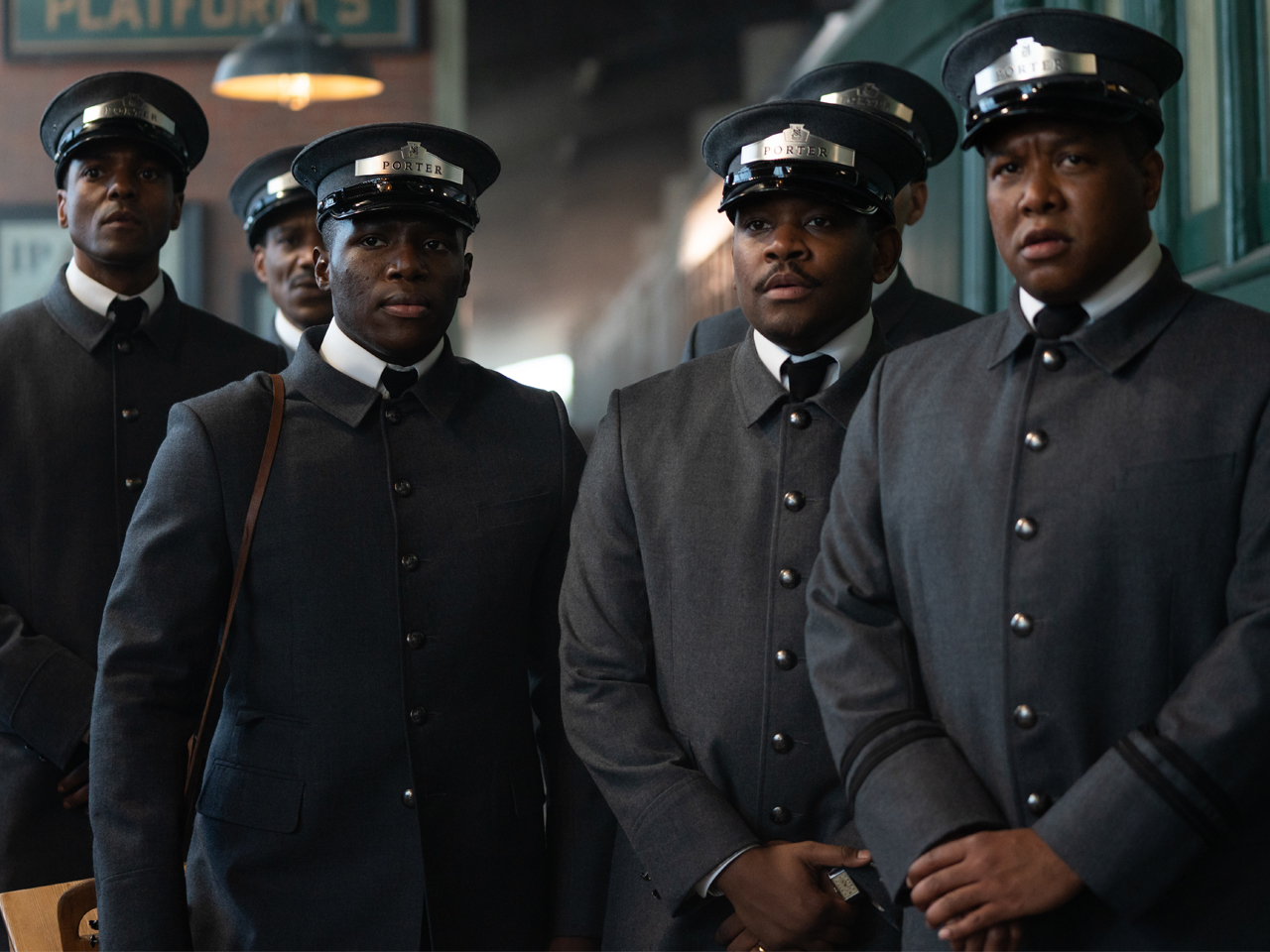 I might not be here if not for the existence of Black train porters. Dramatic? Perhaps, but I come by my storytelling skills honestly. My dad was a train porter for the Canadian National Railway in 1968, and like many Caribbean folks, that man has always been able to weave a tale. To help me write about The Porter, a new drama premiering Feb. 21 on CBC, I spoke with him about his time on the train. In doing so, I discovered that part of our family lore I mistook for a twist on the truth was actually fact—and it changed the course of my father’s life.

The Porter takes place in 1921 when train travel for wealthy white people was the height of luxury; train porters were always male and Black. The job covered anything under the umbrella of “service,” requiring them to cater to their passengers’ every whim. While it was considered steady and respected work, it also came with low pay, long hours and sometimes unsafe working conditions.

The show is set just two years after the Winnipeg General Strike of 1919, the largest strike in our nation’s history. Thirty thousand city, transit, factory and store employees striked for 55 days, uniting the working class. The tensions of the labour movement set the stage for The Porter, touching the lives of every character.

The series focuses on two porters, friends and former soldiers who take different paths to improve their lives after a workplace accident demonstrates how little care their employers have for their safety or their humanity. Junior Massey (Aml Ameen) is a tough family man who gets caught up in the gangster life of prohibition, using the train to run alcohol across the American border into Detroit. Zeke Garrett (Ronnie Rowe), mostly on the straight and narrow, becomes inspired by the labour movement, playing a fictional role in the birth of the (non-fictional) first Black labour union in North America, The Order of Sleeping Car Porters. The women—Junior’s wife, nurse Marlene (Mouna Traoré), criminal boss Queenie (Olunike Adeliyi), showgirl Lucy (Loren Lott) and madam Fay (Alfre Woodard)—are as different as they are formidable. They survive by their skills, smarts and unshakeable spirits.

Watching the first two episodes as a Black biracial woman (my father immigrated from Barbados; my mother is first-gen Polish-Canadian), I was moved by the pride the porters display not only in themselves but in their Montreal community of St. Antoine (which was once known as “the Harlem of the North”). I was moved by the care and attention to detail on display, from the way Junior switched from Caribbean patois with his mates to “the Queen’s English” at work, to the dancing girls arrayed in colourful costumes that popped against their beautiful brown skin. Seeing Black Canadian history given the big, glossy TV treatment is powerful. It inspired me to ask my dad about his work as a porter and confirm whether a story he always told us about his time on the train was true.

After completing his floor laying apprenticeship in Barbados and immigrating to Canada in 1967, my dad worked in construction for about a year (and joined the Resilient Floor Layers Union). Laid off due to a recession and needing steady employment, he answered an ad in the Toronto Telegram for CN Railway porters and was hired on the spot. New Caribbean immigrants were desired, he says, probably due to the fact that they were hungry, literally and figuratively, for regular wages and opportunity. For nine months, he mainly served meals in the dining car, setting out silverware and tea service in his crisp uniform and cap. Travelling across Canada, he was awed by its landscapes, from the unending flatness of the Prairies to the peaks of Alberta, where he saw mountains for the first time. Clacking along the narrow wooden bridges used to traverse the Rockies while rivers rushed far below was slightly terrifying, he recalls.

The story I was searching for was one I had heard growing up—but due to my dad’s tendency to tell tales from Barbados that bordered on the magical, I never quite knew if it was true. On a shift, he noticed two children sitting next to one another with “golden skin” and dark, curly hair, a combination he had never seen before. My dad couldn’t help but stare—who were they? Where did they come from? He asked a colleague who pointed at the adults, one Black, one white, seated in front of the kids. My dad was flabbergasted; he had never seen an interracial couple with kids before.

In 1968, things were just starting to change. America was one year past the groundbreaking Loving v. Virginia case that struck down laws banning interracial marriage. Guess Who’s Coming to Dinner, starring Sidney Poitier and Katharine Houghton as an engaged interracial couple, had been one of the top-grossing films of 1967. John Lennon and Yoko Ono were just beginning their public affair. Those kids, and that family, imprinted on my dad’s heart. Two years after that encounter, he met my mom at a roller disco in Toronto. Married in 1971, they faced some pushback but remained strong. In 1974, my brother was born; four years later they had me.

To me, that moment on the train—and the entire premise of The Porter—represents all the hopes and dreams of immigration. Would my dad have encountered an interracial family eventually if he didn’t work the train? Absolutely. But there’s something to be said about him having this encounter while also experiencing so many other firsts. I’m forever grateful for the journeys taken by both sides of my family. To leave your home for another unfamiliar, and in many ways inhospitable, environment is bravery I thankfully haven’t had to fathom. The uphill battle never ceases, but if we don’t learn about the work that went into the victories of the past, they run the risk of becoming forgotten footnotes. The Porter brings a worthy piece of Black Canadian history to audiences who likely have never heard of The Order of Sleeping Car Porters. This is important; our history deserves all the prestige TV moments. But I can’t help but be pleased that my experience was so personally illuminating. One day I’ll tell my kids about how their Papa was a porter; and I’ll add several embellishments to the tale in his honour.