I Have Autism. Finally, There’s A TV Series That’s Portraying It Right

As We See It is a compassionate and often hilarious take on the spectrum that manages to eschew most of the usual cliches and tropes. 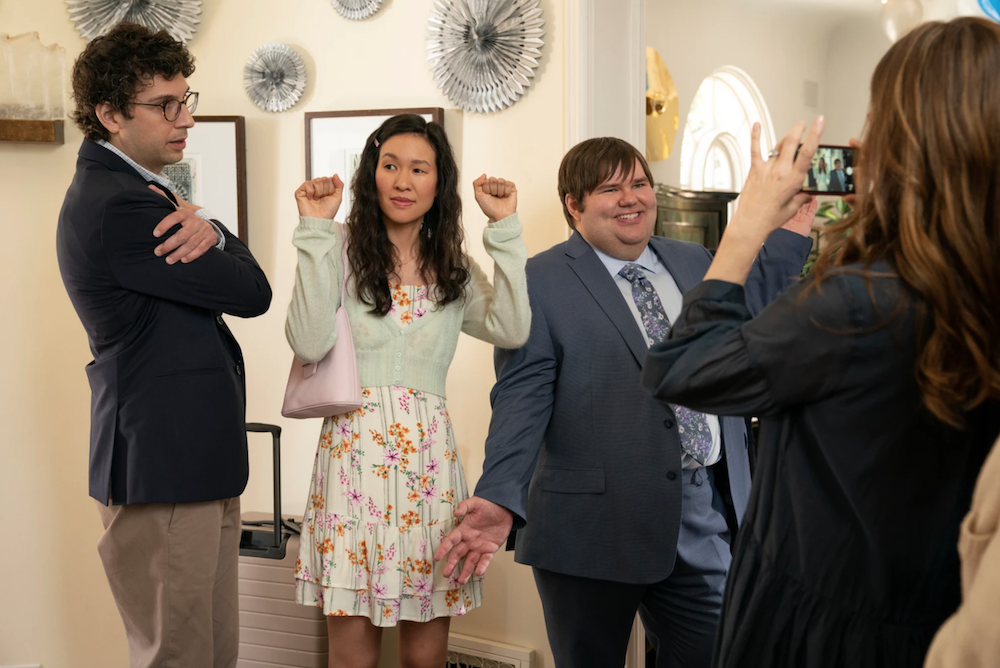 Onscreen portrayals of autism have come a long way since Rain Man. While the 1988 film was groundbreaking at the time and earned Dustin Hoffman an Oscar, it was flawed. For starters, the character he played, Raymond Babbitt, was mostly based on the savant Kim Peek, who had a rare genetic disorder, not autism. Rain Man engendered many false stereotypes of autism that have been hard to shake. (Namely, that being autistic means we are all card-counting geniuses. If that was the case, I would be in Vegas right now!) In reality, savantism remains rare, even among autistic populations, at an estimated 10 percent.

More than a decade passed before autism returned to the small screen in any meaningful way. And when it did, autistic characters invariably played second fiddle to the central plotline, which revolved around parents (The A Word, Parenthood) and their experience of autism. Rarely, if ever, did the spotlight land on autistic characters themselves and explore their own narratives. In recent years, however, there has been an explosion of television shows with autistic lead characters. There’s been a few good examples in non-fiction shows and specials. Netflix’s Hannah Gadsby: Douglas is a live performance written and performed by Australian comedian Hannah Gadsby. Love on the Spectrum, also on Netflix, is a reality show that follows seven young adults on the autism spectrum as they navigate the dating world. And Asperger’s Are Us, a documentary, features four friends on the autism spectrum who perform as a comedy troupe. Curiously though, and without exception, the autistic leads in scripted, fictional shows have been played by non-autistic actors. Until Prime Video’s As We See It, streaming now.

Parenthood writer Jason Katims admits that while he was proud of the portrayal of Max Braverman, an autistic character in the show, he wanted to “do better.” So, inspired by his 23-year-old son, who is on the spectrum, Katims set out to adapt the award-winning Israeli series On the Spectrum for an American audience. This time, he involved neurodiverse cast and crew members. The result, As We See It, follows the day-to-day lives of three autistic twenty-something roommates—Jack (Rick Glassman), Harrison (Albert Rutecki), and Violet (Sue Ann Pien)—as they navigate the ups and downs of adulthood. The leads are as different and unique as anyone on the spectrum, yet they share the same desire for independence in a world that often refuses to accept them at face value.

This depiction of autistic characters as having typical wants and needs—namely, friendships, work, sex—is a departure from the usual Hollywood fodder. As We See It gets autism right in large part because its leads are actually autistic. Jack, Harrison, and Violet all exude an authenticity that other shows, despite the bright talents of Keir Gilchrist (Atypical) and Freddie Highmore (The Good Doctor), cannot hope to match. While autism is central to their vulnerability and humanity, the main characters in As We See It are never reduced to a checklist of mannerisms and quirks. They are not venerated as savants with superhero-like abilities (The Good Doctor, Touch). Nor are they infantilized and caricatured based on their special interests and sensory triggers (Atypical). It’s refreshing to see autistic adults who aren’t portrayed as innocents or squares. Harrison lusts after his fitness instructor. Jack tries edibles with his father. And there is a particularly funny scene where the roommates crowd together on the couch to watch porn.

For once, the face of autism is not white and cis male. Through Violet we see autism through the lens of a woman of colour. And about time, too. As an autistic woman, the importance of seeing yourself represented on screen cannot be understated. On screen, Violet is a breath of fresh air, dropping F-bombs and obsessing about losing her virginity. Sure, there are challenges and occasional meltdowns, but these are handled with integrity.

At times, the characters’ vulnerability feels so convincing, it’s easy to forget these are actors. This is the crucial difference between non-autistic actors playing these parts. The performance remains just that—a performance. A pantomime. It cannot compare with that of someone who knows firsthand how it feels to be autistic on and off screen. As brilliant as Claire Danes was in the 2010 biopic Temple Grandin, there were clear limitations to her performance. An actor, after all, can spend hours studying autistic individuals; she can mimic their speech pattern and stimming habits, but she can never fully inhabit that person’s experience. Conversely, the actor who plays Harrison in As We See It, Albert Rutecki, has never appeared on television before, nor has he even taken an acting class.

The way the show portrays caregivers is also on point. Mandy—Violet’s caregiver, played by Sosie Bacon—is relentlessly heroic and altruistic throughout the series. On the other hand, her brother Van, played by Chris Pang is more conflicted about his guardianship. He loves his sister, but that love is tempered by the incredible pressure he feels to keep her safe.

As We See It is a compassionate and often hilarious take on the spectrum that manages to eschew most of the usual cliches and tropes. The series is not perfect, but it may be the closest to an honest representation that we have seen on TV so far. As We See It is leading the way for richer, more progressive narratives about what it means to be autistic today.