Why Sea Shanties Are Sweeping The Internet

The songs were made to help get sailors through difficult times, and now they’re getting people through the pandemic. 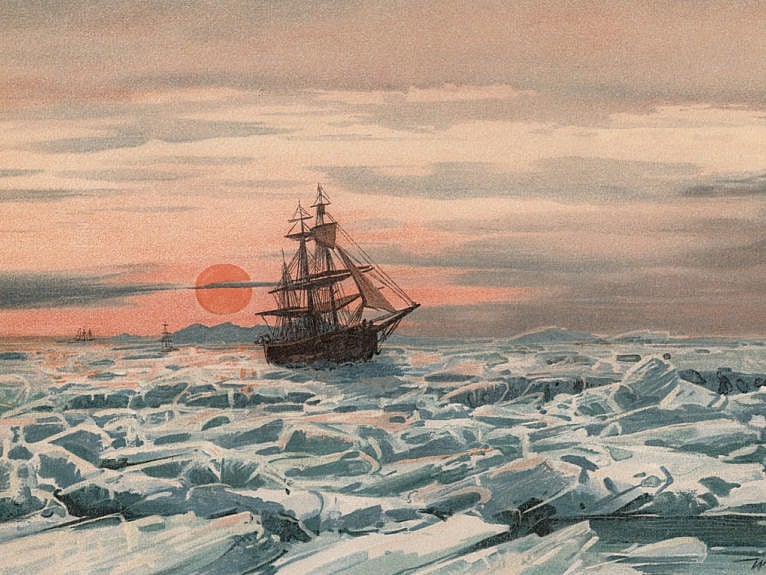 A TikTok trend inspired by a historic subgenre of folk music has taken the internet by storm. Sea shanty videos started gaining traction on the video-sharing app, but as they quickly grew in popularity, they made their way to other platforms, too. Now, people all over the internet are talking about their shared love for the unique, storytelling songs that are well-known in many parts of the world, including on Canada’s east coast. Here’s what you need to know about sea shanties—and why they’re so popular right now.

What is a sea shanty?

Sea shanties are songs that were sung by crew members of sailing ships to help them co-ordinate their efforts and keep them focused and motivated on the notoriously gruelling tasks of the job. Their main purpose: to help workers synchronize their tasks, such as pushing or pulling at the same time when hoisting sails. The chants often involve a call and response. One sailor—the shantyman—would sing a verse, and the rest of the sailors would respond together. The songs were specifically made for working, with rhythms to match, and had easy-to-follow verses for the crew to sing.

Dating back to at least the mid-1400s, the exact origins of sea shanties cannot be traced to any one location or population. However, the call and response style that forms the sea shanty likely came from enslaved African people, who sang “shanties” or “chanteys” while working on plantations. Work songs in America can be traced back to a West African tradition that combines the rhythmic style and improvised lyrics with words relating to workers’ lives. Working sailors all over the world had their own versions of sea shanties. In Canada, they were popular along the East Coast, particularly in Nova Scotia and Newfoundland. Sea shanties represent the history of these areas, and they have carried through to the 21st century, with modern-day Canadian musicians like the popular band Great Big Sea dedicating discographies to keeping the tradition alive.

How did the trend start?

Twenty-six-year-old Nathan Evans started the trend on TikTok last month by posting a video of him singing a song called “The Wellerman” in his bedroom in Scotland. In the video, Evans sings a cappella while knocking his clenched fist on a desk to keep tempo. People fell in love with the unique sound and his video garnered millions of views. Soon, other TikTok users began reposting Evans’ video and adding on their own harmonies and voices to the chant, from violin accompaniments to electronic beat remixes. With a continuous stream of new renditions being added, the trend quickly expanded all over the internet.

The newfound fame of “The Wellerman” has sparked conversations about the song’s origins and whether the viral tune is even a sea shanty at all. Experts have said that though the song has the beat of a sea shanty, it’s actually a ballad. “The Wellerman” is not originally a call and response song—although its lyrics reflect the sentiments of tired and exploited workers who are in need of some rest. The song’s chorus, “Soon may the Wellerman come/ To bring us sugar and tea and rum,” seems to reference slavery and “the triangular trade”—the sailing route taken by British slave traders. The products listed here were brought back on the returning journey of “the triangular trade”, where enslaved Africans were sold to work on plantations in North America and the Caribbean. The resurgence of “The Wellerman” has brought forth a new wave of appreciation for the folk genre, while also allowing us to have necessary conversations about the historical contexts behind these songs.

Why have sea shanties become so popular?

The irony of people in a pandemic identifying with songs that were created to get sailors through tough times is not lost. Sea shanties have become a fun distraction: a place for people to unite over a shared niche interest amid a weirdly isolating moment in history. Sea shanties’ catchy rhythms and easy-to-sing-along lyrics got sailors through difficult times, and now they’re doing the same for a new generation. They provide a feeling of community, and that’s something we could all use right now.[contextly_auto_sidebar]

Leave Her, Johnny, Leave Her, Stan Rogers
In this song, “leave her” represents crew members of a ship begging the captain to abandon the trip because of the many problems on board. Whether it was bad food, lack of sleep or poor weather, this song details the hard life sailors endured.

Drunken Sailor, The Irish Rovers
Sung by The Irish Rovers, a famous Toronto folk band formed in the 1960s, this is one of the most popular sea shanties ever. (For an Irish Rover sea shanty deep dive, the group has assembled a shanty Spotify playlist here.) “Drunken Sailor” is an upbeat tune, with lyrics that joke about different methods of sobering a sailor who’s had too much to drink.

To hear more sea shanties, check out this playlist.