The 15 Coolest Libraries In Canada

From the traditional to the avant-garde, book-lending buildings showcase some of the country's most spectacular architecture.

The Globe and Mail’s architecture critic, Alex Bozikovic, recently wrote that Canada’s “libraries are the locus of creative architecture in Canada.” Even a cursory scan of the nation’s book repositories proves him right. From coast to coast, our libraries are a showcase of innovative design. Some are rich in history. Many are just plain cool, with swooping shapes, sumptuous materials and unexpected spaces (games rooms, yoga lounges, even a virtual reality station). Here are the country’s 15 most captivating places to browse for books. 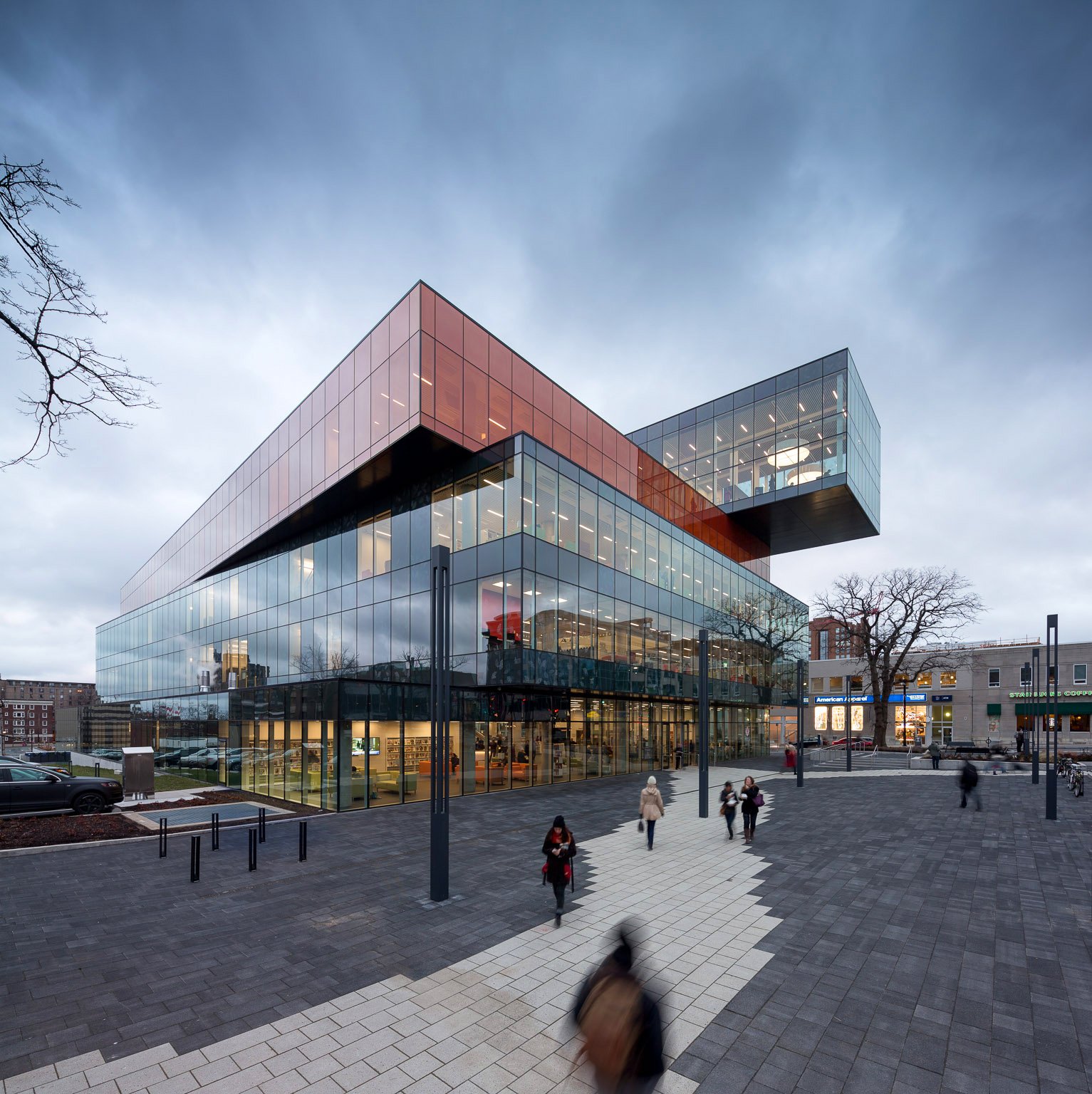 The boxy building is only four years old, having opened in 2014, but points to the city’s history. Literally. It’s fifth floor dramatically juts out from the building, drawing a line between the Halifax Citadel and Halifax Harbour. The cantilever houses an urban “living room” with stunning views of the city.