Why I Chose To Become A Single Mom, Despite Always Wanting The 'Picket Fence'

At 36, I decided I'd waited long enough. I ended my faltering relationship and made an appointment with a gynecologist. Then I ran into my 'Middle Age Mack Truck.' 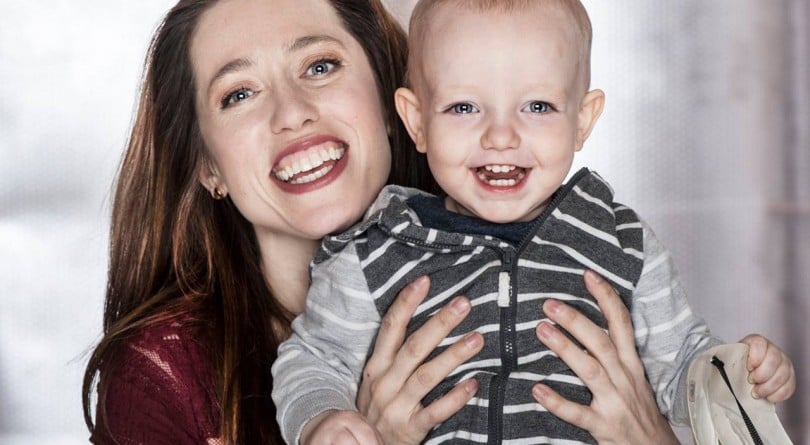 Ever since I was a little girl, I’ve wanted to have children. I remember opening a present under the Christmas tree when I was three or four years old. It was a doll with black hair and I immediately named her Princess Leia. I ran around the living room, screeching with delight. I slept next to her every night, even though her hard body woke me up when I rolled over. I would get so upset when my brother teased me by tossing her in the air. To me she was real, and it was my job to keep my little baby safe. I’d smile and tell people that I was going to be a mommy, and a firefighter, and the president!

I remember when I was five years old, my father said to me, “Athena, we need to talk to your brother first and then you. Please wait in your room.” I sat in the eerie stillness, trying to decipher what was being said in hushed tones on the other side of the wall until it was my turn. “You are going to have two houses now,” my parents told me. “Two Christmases!” We were sitting in a circle on my bedroom floor. My parents were so cheerful in their explanation, but I still can’t erase the long look on my nine-year-old brother’s face from my memory.

I don’t remember having feelings about the divorce. I only remember sobbing in my bunk at summer camp when I was nine years old and blurting out that it’s really hard when your parents divorce. My parents shared custody so I went back and forth between the two houses for most of my childhood. I remember my mother chopping vegetables after work with exhausted irritation. I remember my father breaking down during his second divorce, asking me through tears if I still loved him. I also remember him telling me he wasn’t worried — he was sure I would find love in my early 20s, get married and live happily ever after. 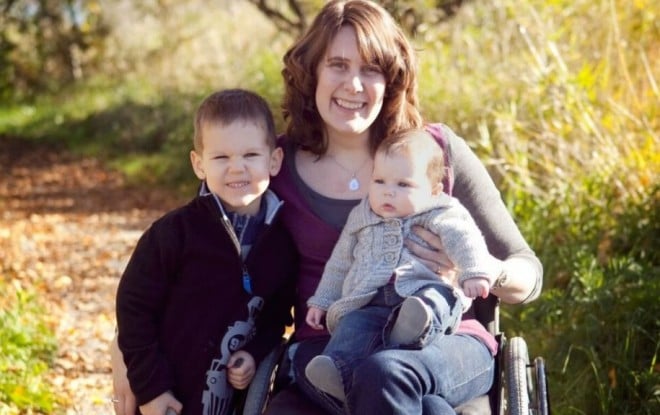 My little-girl dreams of becoming a firefighter/president morphed into dreams of becoming an actress and singer-songwriter. When I was 21, I moved to New York City. I performed in black box theatres and toured the continent like Ani DiFranco, in a car I bought off of Craigslist for 300 bucks. With a belly piercing and big black boots, I danced to the riot grrrl beat at Meow Mix and the Clit Club, Manhattan’s sultriest lesbian clubs. I had three epic romances but none ever amounted to that golden ring.

Why? Well, one girlfriend didn’t want kids, one liked to go out drinking without me, and one was more like a sister than a lover. The short of it is, I wasn’t happy with any of them. Although I desperately wanted to settle down, I wasn’t so eager that I would sacrifice loyalty or a great sex life to make it happen.

Then, when I was 36, my sweet stepfather passed away. I was devastated for my mother. Throughout my childhood, she would place personal ads, telling me she wouldn’t date men who weren’t fathers themselves, as they wouldn’t be able to understand her commitment to her children. I was ecstatic for her on her wedding day, in her early fifties, when she married a gentle widower who looked (and laughed) like Santa Claus, and had three grown children of his own.

But I wasn’t just sad for my mother. The grief I felt for my stepfather when he died echoed a loss inside of me, a longing for the family I’d wanted since I was a little girl. I was tired of waiting — it was time. My girlfriend and I worked on our relationship in couples’ therapy for a little longer but things weren’t improving. I broke up with her and made an appointment with a gynecologist. 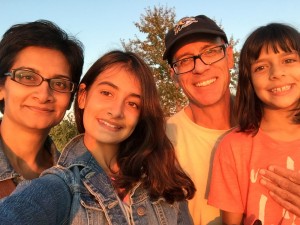 ‘Mummy, am I white?’ What I’ve learned from raising biracial children

The elation that followed was electric. I had stumbled into a revolution! Why do we, as women, gay or straight, manically race our biological clocks to find/create/mend the perfect relationship, when we can just shop for sperm online? This is the next wave of feminism! I thought. Much like the second wave realizing they didn’t need a man for money, I realized I didn’t need a partner to raise a family. We could remove the pressure from dating, begin our families when we were ready, and let love happen in its own time. I reassured myself that I would find love, just not according to the schedule I had always imagined.

My elation, however, was hit face first with what I call my “Middle Age Mack Truck.” At one of my first visits, my doctor informed me that I had low ovarian reserve, which means I was in early menopause and had poor egg quality. Getting pregnant would not be easy, and there were no guarantees. Still, I was determined, and started treatment.

The agonizingly slow, medicalized process of trying to get pregnant when facing infertility gave me lots of time to reconsider my unconventional choice. Did I want to become my mother, resentfully chopping vegetables, exhausted from a long day at work and demanding kids at night? It didn’t help that people around me were not shy about letting me know they thought me naïve. “Your life is going to completely change!” “Why would you intentionally choose something so hard?” This was not my dream. My dream was to live happily ever after! But if I kept waiting for one dream to happen, I might miss out entirely on both. Love could wait, but my eggs could not. I panicked about my choice, but I never doubted it. 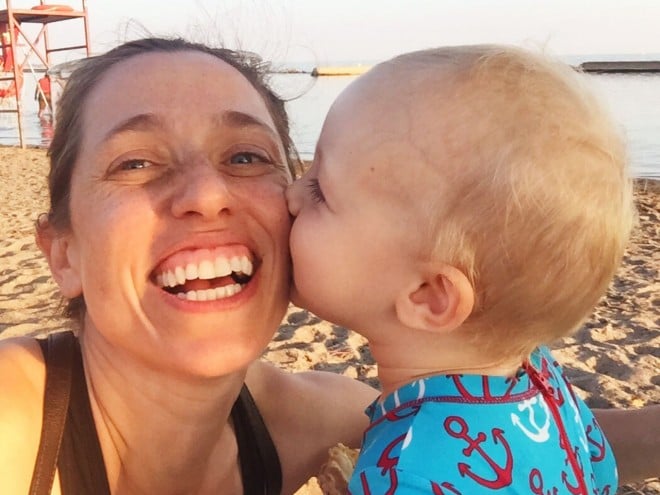 I went through seven rounds of IUI (intrauterine inseminations), four of IVF, and had two miscarriages. I attended adoption conferences and foster parent workshops, and spoke to parents of children conceived via egg donation. I found a therapist who specialized in infertility, went to support groups, and even wrote and performed plays about my experiences. I knew I could love any child placed in my arms, but I wanted to stack the cards in my favour so as to have the healthiest child possible. As a single mother, I didn’t want to make my life any more difficult than it was already going to be. And, after learning that the wait to adopt for a single mom can be very long and just as costly as fertility treatments, I decided that egg donation was my best option. Plus, I had always wanted to carry and nurse a newborn.

Looking back, I realize that as a single parent-to-be, I was able to move relatively quickly through my options. I know that couples often get stuck for years, with one partner putting their foot down against adoption or egg donation. I, on the other hand, went forward with an egg donor as soon it was clear that it was my best choice.

The hardest part during those years wasn’t the losses (although miscarriages are agonizingly sad). It was the sheer terror that I might never find my family. Being a mother felt like a non-negotiable part of me, like a calling, like being an artist or a lesbian. I could live a childless life, but it didn’t feel true to who I am. It was depressing to even consider that option. 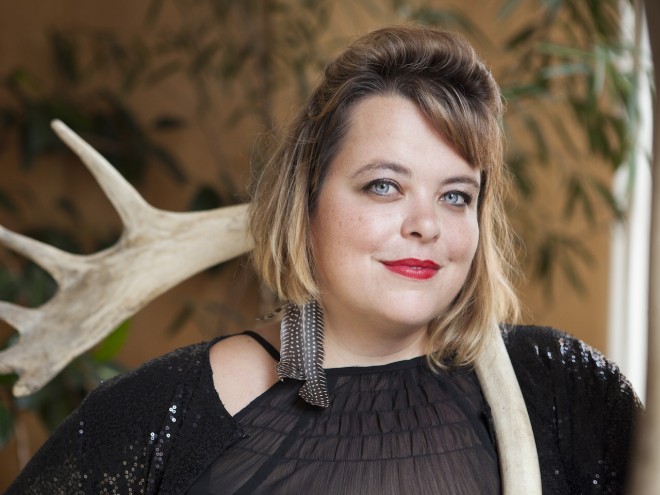 Why My Assault Hasn’t Stopped Me From Travelling Solo

After three years of fertility treatments, I found out just a few days before Christmas that my first egg donor transfer was successful. I gave birth to a strong, healthy baby boy in August 2015.

And so, here I am, a 41-year-old mother to a busy two-year-old. Is it overwhelming? Absolutely! Is it hard? Oh my God, yes. Much harder than I ever imagined! I still wake up in a panic at 3 a.m., but now I worry about whether my son is going to get kidnapped, break his neck at the playground, or develop an attachment neurosis when I drop him off at daycare so that I can work. I still long for a partner, but right now my priority is my kid and I don’t want to destabilize our lives. Plus, I’m just straight up exhausted. I imagine I will have more room in my life for dating when he’s a little older.

I do think single moms are more sleep deprived, overworked, and stressed than those who rely on a second income and have a co-parent for companionship. On the other hand, the way some of my married friends complain about their partners leaves me feeling grateful for my autonomy as an individual and as a parent. When I get together with my mom friends, both married and single, I see that we are all living an intense and unspeakable roller coaster of contradictions — adoration, panic, resentment, loyalty and love. And now I’m daring to dream about having my second.

Athena Reich’s journey through infertility is featured in the documentary Vegas Baby, on Netflix. Check out her web series “Baby Steps,” her work as a Lady Gaga impersonator and more at AthenaReich.com.