In the era of email and Twitter, the Canadian postal service is not exactly known for speedy delivery. But they have decided to step up the pace over the next few months in honour of the royal wedding. 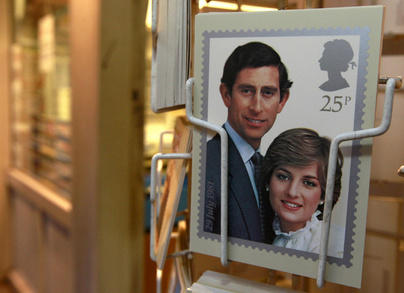 In the era of email and Twitter, the Canadian postal service is not exactly known for speedy delivery. But they have decided to step up the pace over the next few months in honour of the royal wedding.

Last week, Jim Phillips, Director of Stamp Services at Canada Post would go into high gear to design and produce a commemorative stamp in honour of the nuptials of Prince William and Kate Middleton. The decision comes in response to a wave of public support for the idea and growing demand for royal memorabilia around the world.

“It made us take a look and say, ‘Wow, this is something that people want,’ ” he said. “We got the whole retail team on board and designed two different versions of the stamp right away.” The announcement – which prompted jubilation from Canadian royal watchers and monarchists from coast to coast – is a reversal of Canada Post’s initial position that five months was a “physically impossible” amount of time to design and produce a stamp. According to Phillips, the normal timeline for the production of an official Canada Post mail sticker is roughly two years. This one, however, was designed in just ten days. “Our stamps are a reflection of who we are as a nation,” Mary Traversy, senior vice-president of transaction mail, at Canada Post told the National Post. “The Royal Wedding is one of those rare occasions that will touch us all and we are pleased that we will be able to offer our customers a memento of this event.”

Robert Finch, head of the Monarchist League of Canada, one of the groups that campaigned publicly in favour of an official stamp, says he’s delighted by the news the postal service is going to get with the times. “I think it goes to show that Canadians are very interested in the upcoming royal wedding,” he said. “Not only is it a good opportunity to celebrate the rarity that is a royal wedding, it also makes good business sense.”