I’ve always been anti-buffet — that is, until recently, when I stayed at an all-inclusive hotel for March Break. It was buffet morning, noon and night. 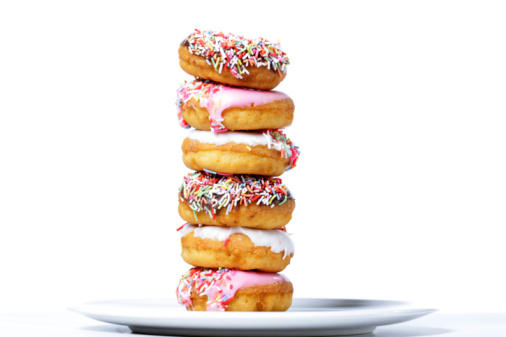 I’ve always been anti-buffet — that is, until recently, when I stayed at an all-inclusive hotel for March Break. It was buffet morning, noon and night. I’ll admit that I’m the type of person who hates buffets for one main reason: I’m super paranoid about other people’s germs. When I say I was the first in line each day for the buffet, I’m not kidding. The thought of even one stranger touching the food before me grossed me out.

But now I’m a buffet convert. The food was so delicious that I forgot all about my fear of germs and realized that buffets are brilliant!

But after the fifth day of eating buffet meals, I started to get sick — not physically, just at the mere thought of the wasted food and how much was in front of me. Hey, I don’t like the stir-fry; I’ll just try the snapper now. Oh, the kids’ section has onion rings! I’m going there! I would take one bite of something and race back and try something else. I was a buffet maniac. In 10 days I think I ate the equivalent of what I’d eaten in the previous three months.

Is there a way to eat somewhat healthfully at a buffet, when I’m not the type of person with the willpower to stop myself from going back for a third plate of cookies? I asked registered nutritionist Theresa Albert, founder of My Friend In Food and host of Just One Bite! on the Food Network, how one can be a smart buffet-goer, if there is such a thing.

1. Look beyond the meal: People like buffets, Albert says, because we think we’re getting a good value. But our bodies and minds are not set up to think long-term when it comes to buffets. “We’re not meant to have that much food in front of us,” she says. “We’re meant to work for it.” We should be thinking beyond that one meal — who doesn’t feel like they’ve over-eaten at a buffet?

2. Pretend you’re in Vegas: She says you have to think of yourself like a gambler going into a casino before you hit a buffet. “You have to have a game plan and make the decisions of what you’re going to do once you’re inside,” she advises. “Because there is no such thing as willpower when there is a buffet.” Plan what and how much you’re going to eat before you go in.

3. Head to the salad bar: Buffets put all the “carby” things up front, Albert warns, so you’ll fill up on that. “It’s cheaper for them.” If you really want to get your money’s worth, she says, go for the fruits and vegetables. “That’s the more expensive stuff. Avoid all the breads and potatoes.”

4. Get a soup to start: By filling up on the vegetables and fruits, you can avoid overeating at the other stations. Always to start with a broth-based soup and a salad, she says, which will tell your body to slow down by dessert.

5. Indulge in sweets with smarts: Speaking of dessert, Albert says she grabs a big plate to go to the dessert table and takes one of everything. “Then I only have one bite of each thing.” You’ll enjoy the sweet stuff, without overeating.

6. Check for heat: For germ-a-phobes, she has great tips. “There’s a sneeze guard. Big deal. How many times are people really sneezing? Not much. What you have to watch out for is the temperature of the food. Always dig in to get into the middle or bottom of the food, where it’s hotter. The top layer of food is where you’ll get screwed.” She suggests doing this for the cold food, too. “The top layer is what people touch.”

7. Let some things go: We just have to trust that others are using tongs and not their hands, Albert says. “That’s not something you can control. We just have to hope that people do it.”

It’s okay to visit a buffet once in a while, Albert says. “Listen, if you’re on vacation once a year, enjoy it.” She says it’s only human to be gluttonous, and what’s more gluttonous than a buffet? Nothing! Now who the heck is going to make me dinner tonight?

Follow me at @rebeccaeckler and How to Raise a Boyfriend.