How Much Should You Really Spend on Cable?

Or should you cut the cord? 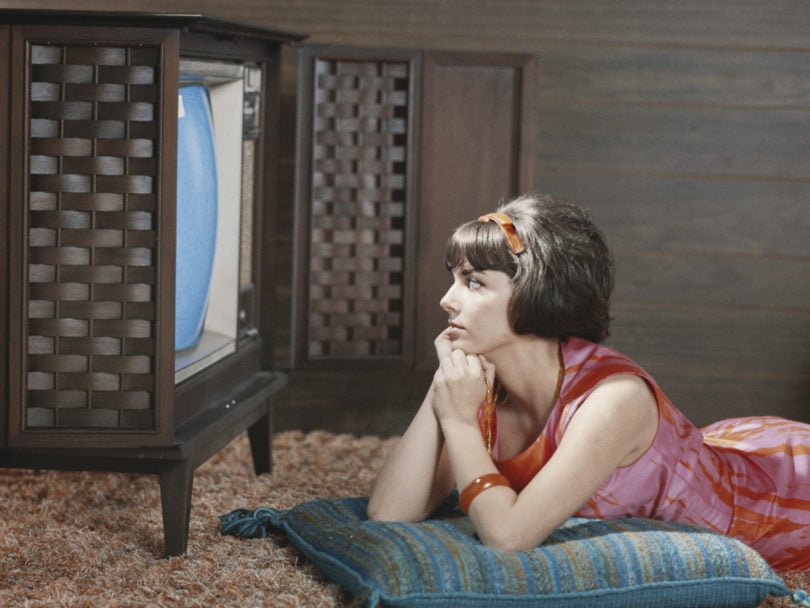 Ever caught yourself mindlessly flipping television channels, wondering why you’re paying for cable when there never seems to be anything you want to watch?

Canadians spent an average of $52.58 on paid television services—which includes cable and satellite TV—per month in 2017 according to the Canadian Radio-television and Telecommunications Commission’s 2019 Communications Monitoring Report. But that’s just the average cost. Tack on sports, lifestyle, movie and kids’ speciality channels, and that bill can swing northward of $100-plus.

While it might be tempting to just cut the cord to save money, many of us haven’t taken such drastic measures—at least, not yet.

“Most Canadian households still receive their TV from cable, telco or satellite TV providers and this should remain true for a while longer,” says Brahm Eiley, president of Convergence Research Group, which releases its annual Couch Potato report each April.

According to the most recent data released by Media Technology Monitor, 72 percent of Canadians surveyed in the summer of 2019 currently had a paid TV subscription, which included cable, satellite or IPTV (fibre optic) service. That’s down from 80 per cent in 2015.

So, more Canadians are switching over to streaming services like Netflix, Amazon Prime and Disney+. But many viewers just add them on top of their cable—and have the bills to prove it.

That’s where Eric Dewhirst was five years ago. The Ottawa-based technology entrepreneur and cord-cutting blogger realized his kids were watching all their shows on their phones and tablets anyway, so he canceled his cable, bought an antenna and hooked up a Tablo DVR box so his wife could record a few shows. He says he killed cable that April, but it wasn’t until November when his daughter realized it was gone.


“If she didn’t notice for six months, I think it was the right choice!” he says now, explaining he saves a little more than $1,000 a year by keeping the cable cord cut and paying only for streaming services like Netflix.

Not ready to go to his extreme, but still want to pay less for TV? Figuring out that magic number depends on which shows actually give you the most bang for your entertainment buck. Sure, you might love network shows like The Good Doctor and premium offerings such as Homeland, The Morning Show or The Mandalorian, but that doesn’t mean you have to pay more than needed to get the programs you want. Luckily, there are all kinds of ways to lower the costs.

Know what you have

First things first, pull up your cable bill and figure out what services you’re actually paying for. Maybe you signed up for movie channels years ago on a promotion, but are no longer getting that good rate. Or maybe, after paying attention to your viewing habits for a couple of months, you discover you rarely watch movies at all—at least not enough of them to justify spending $20 per month. Consider what shows your family can’t live without and then find out if you can eliminate the rest. Now that Canadian television providers are required to offer pick-and-pay options—you buy a low cost basic package capped at $25 and add on only the extra channels you want—creating a lower-cost custom plan is easier.

Dig into the competition

Hit the internet and look at what deals other television companies are offering. See one you like? Write it down and have all the details in front of you. Then reach for the phone and call your own provider armed with that information.

When you call, be polite and state your case. Let the customer representative know you either want a lower cost package that reflects your viewing habits, or you’re thinking about jumping to the competition for a better deal on the services you currently have. Be specific about the competitor’s promotion is to see if they can meet it.

Make no mistake, cable and satellite companies are used to taking calls from customers cancelling their services. Approximately a quarter-million Canadian TV subscribers cancel each year, according to the Convergence data, and that number should rise to over 300,000 in 2020. So they really want to keep your business. Just be prepared to follow through if threatening to cancel doesn’t get you the better deal you want, or if the rep calls your bluff. (No TV for a couple of weeks? Big deal. It’s not like you’re cutting off electricity or heat, right?)

There are so many ways to watch great programming these days without a cable package, you might not even miss it if TV is gone. Plus, you’ll probably save money too, especially if you’re already paying for Netflix or Amazon Prime. Dewhirst says he initially paid about $600 for his digital antenna, coaxial cable and DVR box and they’re still going strong. His monthly cable bill today? Zilch. (Although he still pays for his streaming services.) The images are crystal clear, too. Forget snowy screens of old.

Streaming to your TV

The rise of specialty streaming services, from movies to sports, means you can still watch what matters to you without paying for a big subscription package. Sports was a traditional sticking point for cord cutters, but TSN, Sportsnet and DAZN all offer their own streaming services. And devices like Roku online media players, Amazon Fire Sticks and Apple TV make streaming to your TV easy (no more watching Amazon Prime videos on your laptop in the living room). And don’t forget, if you watch only one or two movies a month, streaming them à la carte might make more sense at $6 per film rental versus $13.99 for a month of Netflix.

One solution is an old one: In big cities you can typically pull in most of the major Canadian networks with a digital antenna—meaning you can watch things like the Oscars or the Super Bowl without having to sign in on your browser with a cable account. And forget rabbit ears of old. Many of them look a bit like a computer tablet—small and slim. Hook them outside to get the best reception as interior antennas tend not to pull in as many channels.

Don’t discount internet service providers like Ontario-based TekSavvy. Some are now offering basic TV packages and specialty channels for less than the large providers (think $20 versus $25), but you’ll need to buy their internet packages too.

And don’t be afraid to get a little creative. Dozens of Canadian TV networks offer free streaming of their shows online, as long as you watch them the week they air. Others, like HGTV, rotate the shows they offer. And don’t forget libraries. They have a great selection of newly released movies and older TV shows online through apps like Hoopla and Kanopy.