Lauded for her nuanced writing on sexuality and gender, Tamaki is up for a bunch of awards, and taking the reins of the classic comic. 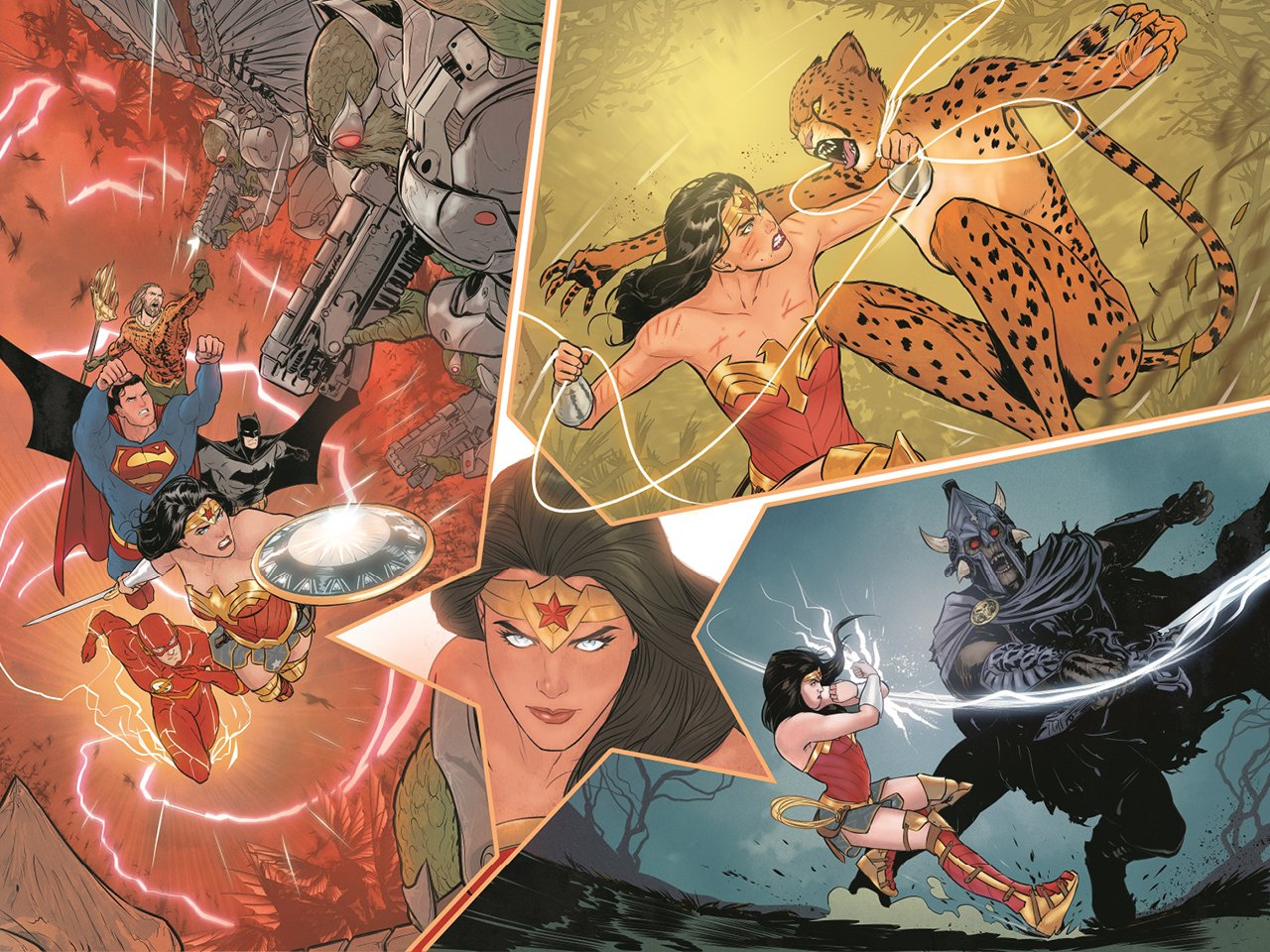 In these uncertain times, Mariko Tamaki has found herself inspired by Wonder Woman’s focused vision. Unlike Clark Kent and Bruce Wayne, Diana Prince is all hero, all the time. “She doesn’t have an alternate pretend job,” says the graphic novelist. “She’s very justice focused.” Especially so when written by Tamaki, whose 10-issue arc of the Wonder Woman comic book begins July 28 and will end later this year with Wonder Woman #769.

The Canadian creator is a compelling choice to write comicdom’s superest heroine–she’s already breathed new life into Supergirl and She-Hulk, and is lauded for her nuanced writing on sexuality and gender. On July 24, she won both Best Publication for Teens for her graphic novel Laura Dean Keeps Breaking Up With Me, with Rosemary Valero-O’Connell, and Best Writer at the Eisner Awards, the comic industry’s highest honour. Both Laura Dean and Tamaki’s graphic novel Harley Quinn: Breaking Glass are also nominated for GLAAD Media Awards, recognizing LGBTQ stories (to be announced July 30).

Tamaki’s version of the Greek goddess is well rounded: her Wonder Woman delivers feats of heroism in a grocery store parking lot, but also puzzles over how to decorate her apartment with ancient artifacts, like towering ionic columns. And in the artist’s opening issue, Wonder Woman #759, Tamaki expresses a sentiment that seems particularly relevant now that Black Lives Matter has brought the issue of policing and power to the forefront of the cultural conversation: “If there is no simple definition of justice, who should we call our heroes?”

Tamaki says that this musing on how, exactly, to tell the good guys from the bad guys has been echoing through the comic world for some time. “Maybe there was a time when it was just ‘saving the day,’” she says via email from her California home. “And now I think it’s more complicated, a question of what happens before and after the heroic moment, the question of whose day is getting saved.”

Next spring, Tamaki will launch Surely Books, a queer graphic novel imprint to be published by Abrams. The inaugural season will include a graphic biography of thriller novelist Patricia Highsmith by Grace Ellis and Hannah Templer. Wonder Woman, though, won’t have an overt queer narrative, unlike some of the characters in Tamaki’s previous work.

“I am always expressing some element of my queer self in everything I write I think,” she says. “For Diana, I tried to focus on her as a thinking and feeling woman (which feels like an incredibly lesbian thing to write).”

In the meantime, Tamaki hopes that her run on Wonder Woman will capture the same excitement she felt when watching Gal Gadot run into battle in Patty Jenkins’ 2017 film. “It was unbelievably thrilling to see a woman in that role,” she writes. “And it’s unbelievably annoying that it’s still something of an exception.”