The Toronto-based author's new novel tells the story of a living god who begins to doubt his own divinity. 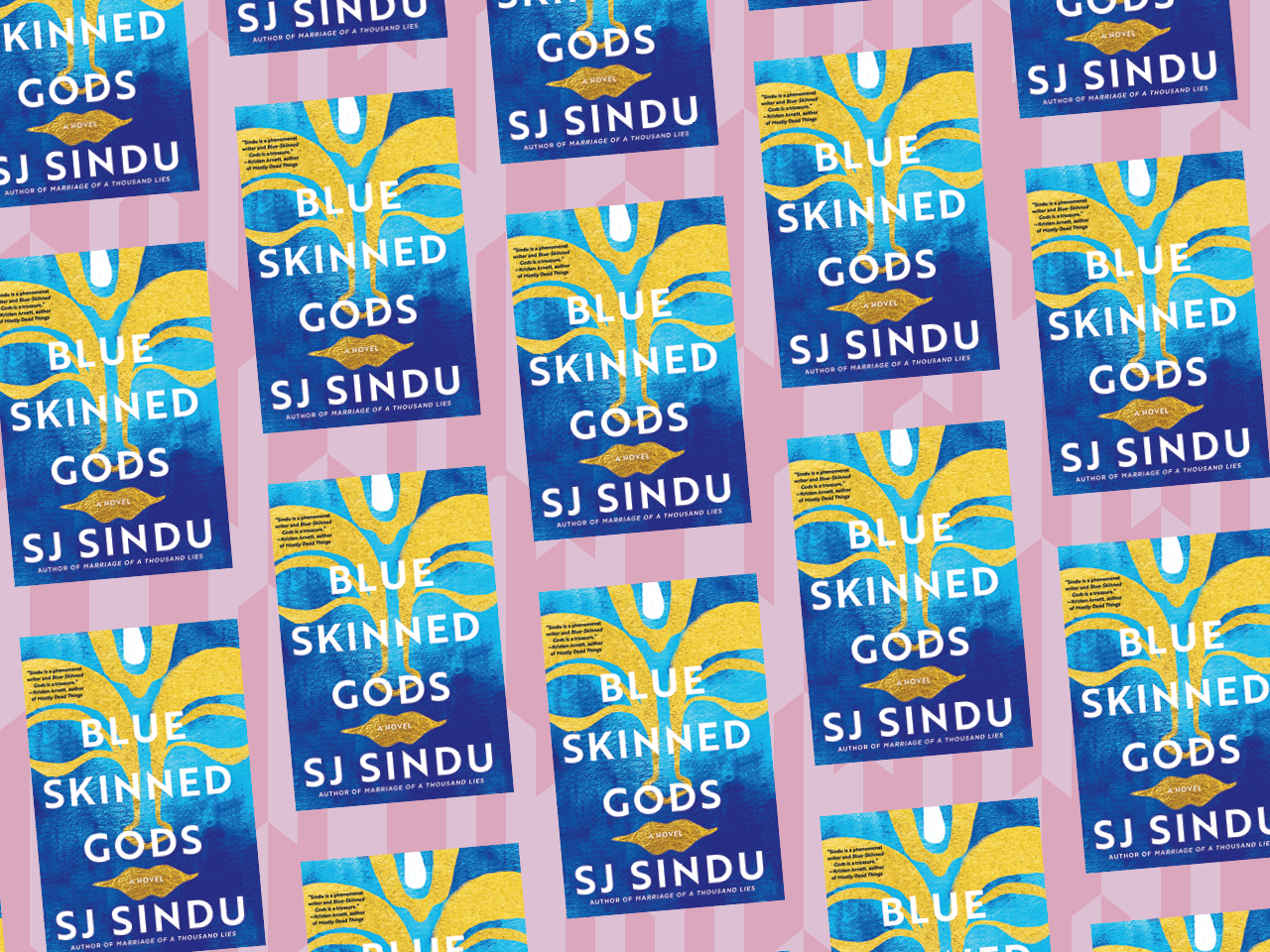 It took SJ Sindu five years to finish the first full draft of her gripping new novel, Blue-Skinned Gods, about a blue-skinned boy who is worshipped as a living god but begins to doubt his own divinity. We spoke with the Toronto-based Sindu about her influences, how gods deal with gender and her favourite writing teacup.

What inspired this story?

I saw this documentary called Kumaré by the filmmaker Vikram Gandhi, who pre- tends to be a guru, amasses a huge following and . . . is just making stuff up: making up yoga moves, making up meditations. At the end of the documentary, he tells his followers, “I don’t even have this accent. This is complete fraud.” The reactions are fascinating—some of them felt completely betrayed, but some decided, “I still think you’re a guru. I still believe in you.” That’s when I started the book that became Blue-Skinned Gods.

What do you need to start writing on a given day?

Tea. Usually an orange pekoe from the Darjeeling region, which has a minerality that I like. I’ve come to associate it with writing, so—on my writing days—I absolutely have Darjeeling tea. Then I pick a teacup from my collection; my favourite writing teacup has mint polka dots, with roses on the inside. I also have teaching teacups, and one I only use on my birthday.

Did you listen to any music while you wrote?

No. I can’t multi-task. Not at all. Even if I’m having a conversation and somebody hugs me, I stop talking because I’m receiving a hug.

Were there books you returned to often?

I read Vivek Shraya’s work while I was writing this novel—specifically, I’m Afraid of Men and She of the Mountains. I kept going back to those two books, because I felt like they captured something about both salvation mythology and gender fluidity. Kalki, my main character, is non- binary and feels himself as somewhere between god and human. That’s his concern, figuring out that part. I don’t know what it’s like to be worshipped as a god, but my experiences—how I relate to my gender, how I relate to my sexuality—really informed my understanding of that process, and Shraya’s work is all about that.

What did you do when you got stuck while writing?

I lived in Florida then, and I would go to the beach. I would get into the water, into the ocean, and it instantly calmed me. Just thinking in the ocean, moving the water around with my body, really helped. Every single time I got stuck, I did that, and I would stay in until I had the answer I was seeking. It worked every time.

Blue-Skinned Gods is out now.