The last installment of the Trickster series is about old ways, new ways and loving your family when they’re the worst. It's also just about Jared Martin, a Heiltsuk teenager from Northern B.C. 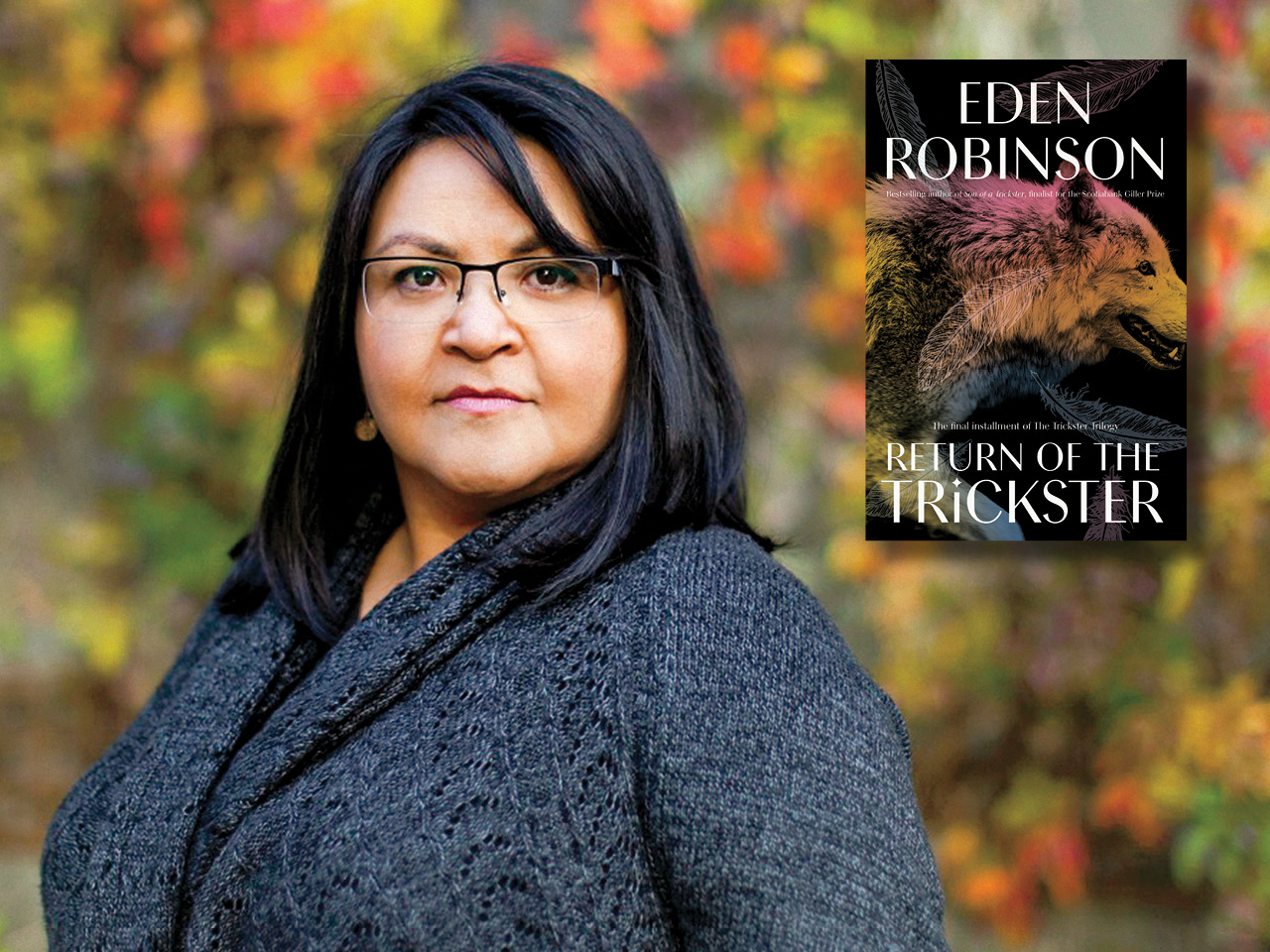 Through two novels now, Heiltsuk teenager Jared Martin has tried to live straight. That means without drugs and alcohol—which is hard, since his mom likes to party—and without magic, which is hard, since his mom is a witch. As Return of the Trickster opens, Jared has just battled his vengeful aunt, who is also a wolf-creature-ogre-thing. He’s unable to deny his otherworldly lineage any longer. After that, anybody would need a drink.

The last book in Eden Robinson’s lauded Trickster trilogy is everything at once, in a good way. It’s a page-turner dense with history and lore: gruesome, as when the Haisla and Heiltsuk writer depicts the violence that too often backgrounds Indigenous lives; then suddenly hilarious, as when Jared meets a sasquatch. The massive, bong-smoking Wild Man makes bank renting out vacation properties in Whistler, B.C. “For a supernatural being, he was wearing a lot of earthy-coloured Mountain Equipment Co-op fleece,” Jared notes.

The story is a broadly shared one, about intergenerational trauma, old ways, new ways and loving your family when they’re the worst. It’s also just about Jared, a kid from Northern B.C. exploring city life in Vancouver, licking his wounds, texting his ex and trying to control his own destiny. Robinson has said that the mischievous Trickster teaches children through bad ex- ample, always messing up so you don’t have to. Jared will have to learn things the hard way if he wants to stop being just somebody’s son, and start being himself.

Return of the Trickster is out March 2. For a profile of Eden Robinson, click here.