If you're enjoying When She Woke, try these books!

We're still reading When She Woke, but we're already anticipating withdrawal. Here's our list of similar reads for when we need a dystopian fix. 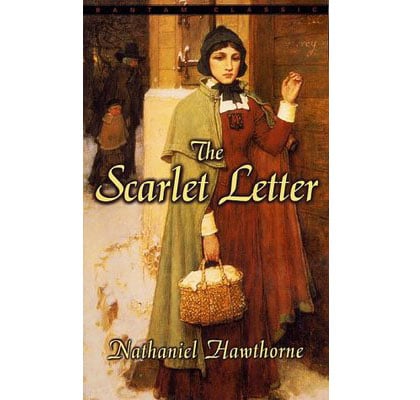 We’re still reading When She Woke, but we’ve enjoyed it so much that we’re already anticipating withdrawal. Here’s a great list of similar reads for when we need a dystopian fix.

The Scarlet Letter, Nathaniel Hawthorne
The 1850 precursor to Hannah Payne’s story, this is Hawthorne’s most well-known novel. Set in Puritan Boston in the 17th century, the protagonist is a young woman named Hester Prynne who gets pregnant as the result of an adulterous affair.

The Handmaid’s Tale, Margaret Atwood
Atwood’s 1985 classic is set in the not-too-distant future. In the Republic of Gilead, territory that used to be the USA, the rules have changed. Offred is a Handmaid (read: concubine) who serves Commander Fred and his wife, Serena Joy. Her only value lies in her womb—her whole purpose is to conceive. Offred can remember Before, when she was had a job of her own, a husband and a child, but she doesn’t have much hope of recapturing that freedom… until she learns about the Mayday resistance movement.

Divergent, Veronica Roth
The debut novel from author Veronica Roth, a future Chicago is the setting of this dystopian YA novel. Beatrice Prior lives in a society divided into five factions: those in Candor are honest, Abnegation is for the selfless, the Dauntless are brave, in Amity they’re peaceful, and Erudite houses the intelligent. At 16, the children of each faction choose whether they remain where they’ve grown up, or whether there’s a faction better suited for them. When it’s her turn, Beatrice makes a shocking choice and in the process, discovers a secret that could change everything.

The Children of Men, P.D. James
It’s England, 2021. The men of the world have become sterile and no babies have been born for a quarter-century. Society is slowly, surely disintegrating—despair, suicide and a multitude of cruelties, small and large, have become the norm. Theo, an Oxford historian and cousin of the country’s dictatorial leader, is apathetic, until he meets the beautiful, passionate Julian, who wants him to join her band of unlikely revolutionaries.

The Hunger Games, Suzanne Collins
What once was called the United States is now Panem, a region ruled by the shallow, superficial Capitol, which is ringed by 12 districts. Though obsessed with sex and beauty, the Capitol rules Panem with an iron fist. Case in point: the annual Hunger Games, where one boy and one girl from each district are pitted against their peers in a fight-to-the-death, Survivor-style competition that’s televised for the whole country to see.