Washington Black has has transformed the Calgary-born, Victoria-based Edugyan into an international literary star.

In her brainy, blazing novels, Esi Edugyan flouts every cliché about Black characters in fiction. Her debut, The Second Life of Samuel Tyne, follows a Ghanaian economic forecaster in the ultra-white wilds of Alberta. Sid Griffiths, the African-American bassist in Half-Blood Blues, works in a jazz club in Nazi Berlin. And the eponymous star of her newest novel, Washington Black, is an ex-slave who floats around the world in a hot-air balloon. The book owes as much to Laurence Sterne and Herman Melville as it does to first-person slave narratives, and it has transformed the Calgary-born, Victoria-based Edugyan into an international literary star. She’s been shortlisted for a shelf’s worth of awards — the Man Booker and Writers’ Trust prizes among them — and won the 2018 Scotiabank Giller Prize. We talked to Edugyan about the inspiration for the novel, her recent brush with fame and how she finds time to write as a parent.

Washington Black follows an enslaved person on a plantation in Barbados. Why do you think slavery narratives are so pervasive in contemporary literature?

Because we’re still living with the legacy of slavery. If you think of America, it’s part of the fabric. The country was essentially built on the backs of slaves. This is where a lot of the wealth was generated, what made the country sustainable. So it’s very much part of the foundation of society.

Something you do in most of your books is take Black characters and place them into narratives that have been traditionally occupied by white characters. Is that a conscious decision on your part?

Yes. In a way it’s a byproduct of a natural curiosity I have for Black people appearing where you would least expect them to be. That could be because I grew up in Calgary and was a very visible figure in 1987. I felt divorced from the general social fabric. I’m looking for the figures who are hidden from us. We don’t realize they’re there.

What have you done to make your voice heard as a Black author? Have you faced any challenges?

I actually think we’re pretty fortunate in Canada — the literary climate is different from what it was, say, even 10 years ago. Publishers have worked much harder to be inclusive, and readers have responded in kind, opening themselves to diverse, unheard stories, which isn’t necessarily the case in other places, especially in today’s political climate.

What was the inspiration for Washington Black?

In the 1850s, Roger Tichborne, son of an aristocratic English family, went missing off the course of Argentina. His mother, who doted on him, refused to believe he’d died. She consulted a clairvoyant, who said that her son was alive and well and living in a far-off land. So she put notices in newspapers, and she got a response from Australia from a man who was living under the name of Thomas Castro. He wanted to claim his inheritance. But in case it wasn’t him, she thought she’d send an emissary out to him. The man she chose, Andrew Vogel, was an ex-slave who’d been stolen from a plantation in the Caribbean. He had been a servant in their household for 40 years. I wanted to tell the story of someone like Vogel, who had been taken out of a world of brutality and pain and where he didn’t know if he was going to die that day. 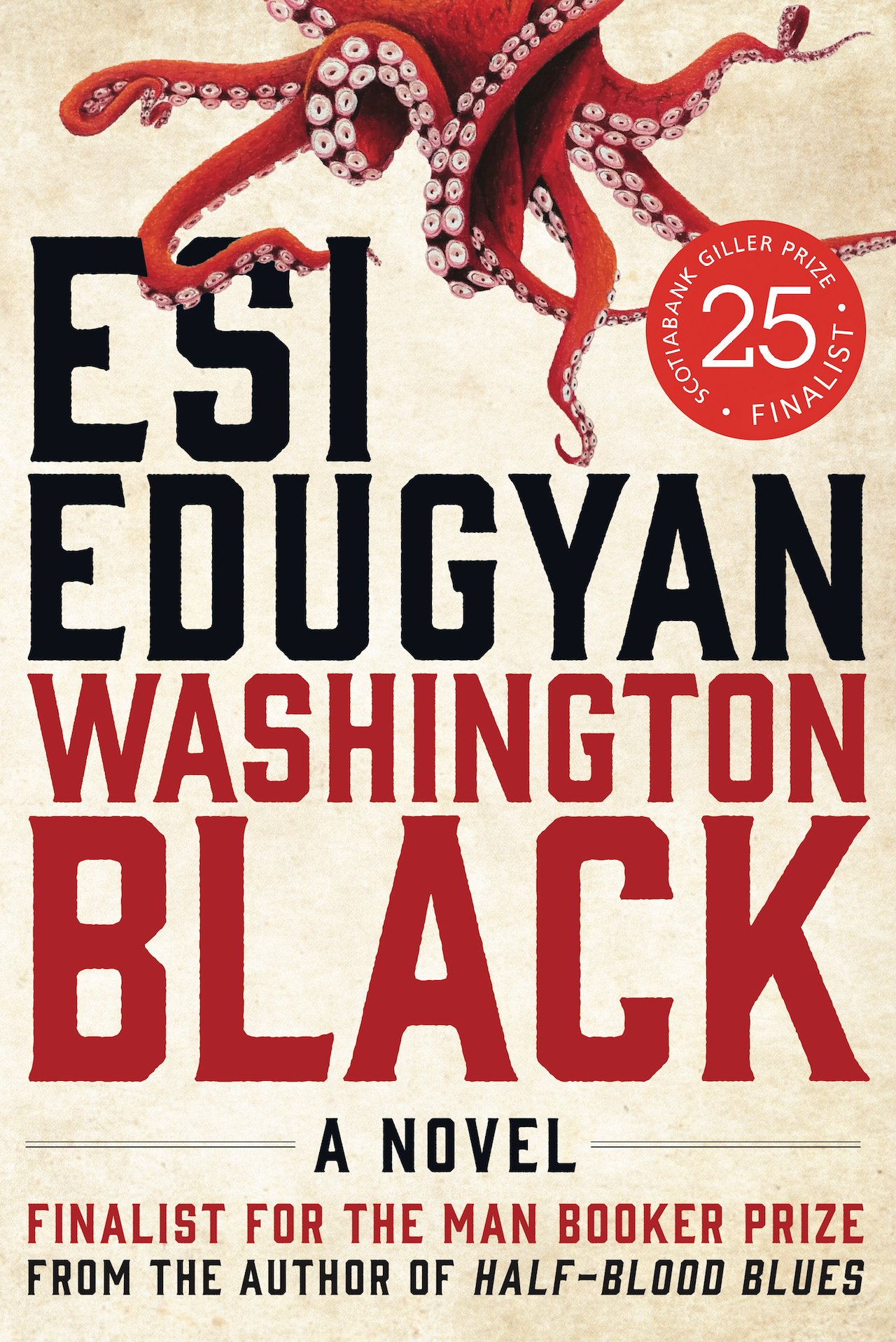 You transformed the Vogel character into Washington Black, an 11-year-old boy. Why did you make him so much younger?

For children, everything is new and seems miraculous. I wanted to view the character with that feeling and that sensibility. It gives it that Dickensian feeling, to confront the world as a child.

The novel takes Washington to Nova Scotia and Morocco and the Arctic. How did you reconcile the psychological realism of the book with these outlandish settings?

I didn’t see the settings as being so outlandish. It was more that he’s full of wonder and, as he goes out into the world, he’s vulnerable, he’s exposed. But he’s also seeing the world as this miraculous place. He’s lucky in a way that his fellow slaves will never be. As I got to the later drafts of the novel, I read about the travels of Olaudah Equiano, a former slave who’d earned his freedom. It was uncanny about how many of the details of Equiano’s life echoed Washington’s life. He had essentially worked for his freedom by working on naval ships. He was part of the abolitionist movement in England. He was one of the first Black men to go to the far north. So my book isn’t magical realism. There’s nothing that defies the bounds of what’s physically possible.

Maybe the magic comes out of Washington’s perception of the world.

I think that’s exactly it. The way that he sees it, you see it. The reader is supposed to share his sense of wonder.

The book has been shortlisted for every award you can name. What’s it like to get that kind of recognition?

Now that you’re a world-famous, globe-trotting author, how do you and your husband juggle your creative lives and parenting?

This has been a particularly busy time for our family, and we’ve struggled to keep the balance, though that’s hardly a complaint. I credit my husband, Steven Price, who’s also a writer, for being so supportive. I wouldn’t be able to do half of what I do without him. It’s a very equal arrangement: we edit each other’s work thoroughly, and when one of us is away on tour, the other stays with our children, who are seven and three. So that’s the one adjustment we’ve had to make: not to publish in the same year.

Can you tell me about your process? What does your day look like? Do you write at night? At home? In a café?

Before we had small children I used to hang out during the day with my husband. Then at 10 at night, we’d start work. We’d write maybe until five in the morning and then go to bed and get up somewhere around one or two. Those were the quiet hours of the day. Nobody’s going to bother you. Now I have about five hours, Monday to Friday from 10 to 3 in the afternoon, when the kids are at school, and I’m either at a café or I’m in my little home office.