'I Felt Like A Scuba Diver Whose Tanks Had Run Out Of Air.' Radio Host Erin Davis On Life After Her Daughter’s Death

There is no one way to grieve. Some need to cocoon, others to yell. Erin Davis talks about how she needed to remember how to laugh and how to breathe. 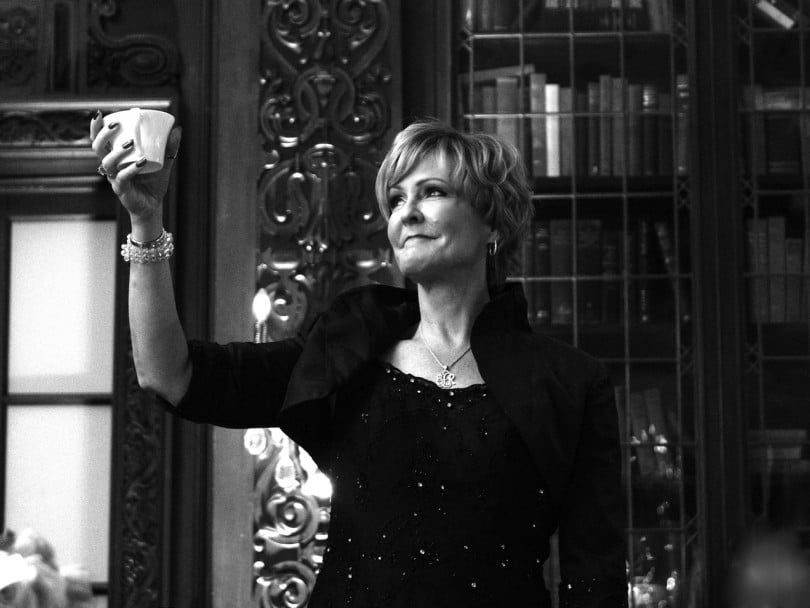 There is no set timetable or spreadsheet for how—or how long—one is to grieve. There are schools of thought that say six months, and others that are as specific as four years, as though anything as pernicious as the pain of a broken heart can possibly be measured or timed!

When recovering from the same surgery, people do so at different paces—and there can be complications. Grief isn’t any different. Bodies heal differently; some never do.

As much as our “are we there yet?” and TL;DR (too long; didn’t read) lives demand or even expect a GPS for the route and duration of this trip through hell, we have to face it: there is no one-size-fits-all when it comes to grief. Add to that the completely unnatural order of things when a child predeceases his or her parents, and it’s like trying to recover from a knee replacement surgery where you’ve woken to find that your new joints bend the wrong way. It’s going to take a long time to learn how to move in the direction you need to go. You know you’ve got the equipment to do the job successfully, but it’s just all wrong.


We called the shock that befell us after losing our daughter a blessing and, really, we did feel grateful to be in that state for about a year. When she died, Lauren was a seemingly healthy 24-year-old. She had woken up in the night to feed her seven-month-old son, and in the morning, her husband found her lifeless body. Sometime in the night her heart had stopped beating.

Often my husband, Rob, and I would say, “Boy, if this ever wears off and what has happened really sinks in, we’re in big trouble!” But the layer of stupefaction lifted as gradually as a fog over our beloved Lake Simcoe after sunrise. We were allowed to step back into our lives in a slow, even pace—another debt of gratitude for which I’ll never be able to repay my employers at the radio station. While Government of Canada labour laws dictate that only three paid consecutive working days off are to be allotted in the death of an immediate family member (beginning the day after the death), my bosses at CHFI made it clear that I was to take as much time as I needed. 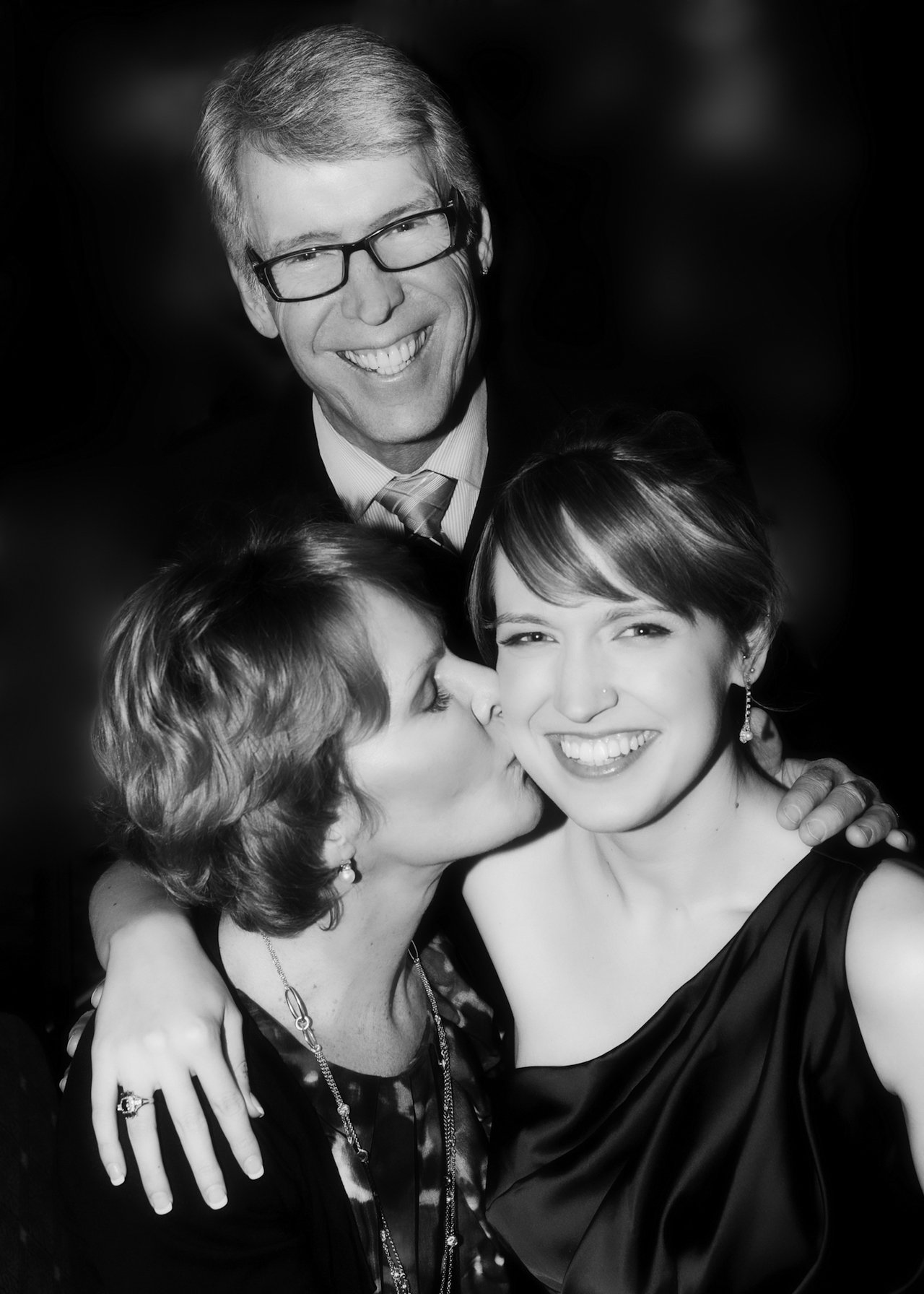 After the memorial, we’d headed straight to our cottage to cocoon. Apart from daily dog walks, Rob and I hid away inside the house with a wood fire that was far more for comfort than necessity. Then, almost like clockwork every evening, we turned on the TV to watch one of two things.

Sometimes, when the parallels to our own loss were too much to ignore, I’d find myself gasping to catch my breath, crying as silently as I could into my bathrobe sleeve, my hand to my cheek to camouflage the tears. But more often, we’d watch these episodes experiencing an underlying feeling of gratitude that our daughter had died in what they tell us was a painless and peaceful manner. For all of the tragedy that had befallen us, there were still always reasons to be grateful. And, just as it helped us get through the first few days after Lauren’s death, that mindset helped Rob and me to keep going. To keep getting up in the morning. To keep from self-medicating.

And then, there was what’s famously been called the best medicine of all: laughter.

Part of our way out of this thick fog of grief and pain came thanks to a famous talk show host who was taking his leave of the public eye. Late-night star David Letterman was wrapping up his storied television career at the same time our world was falling down. But we had the presence of mind to set the PVR long-distance, and his final shows were waiting for us when we were ready to immerse ourselves in something other than our overwhelming misery. In the depths of our pain—and despite it, really—Rob and I found ourselves enjoying the final shows.

While we were far from a time in our lives when laughter, with its wonderful accompanying burst of endorphins, would make us feel as good as it once had, we were ready for the diversion. In fact, later, Rob and I admitted to each other that we’d each felt quite self-conscious about laughing. And yet, how could we not? After all, it was Letterman!

So it was that when I spoke with my radio family on the phone that week—and was asked, “How are you, really?”—I told them that I thought we’d seen the first signs that we were going to be okay, and then explained that there had been a time when I didn’t know if we would ever truly laugh again, and we were comforted to know that we could. We settled on a date for me to return to air on the morning.

A dear family friend suggested I stay away from work until we’d made our way through this sea of grief and disbelief. But the truth was simple: we’d never be completely through it.

There were moments that first day back at the microphone that I teared up, my voice lacking the enthusiasm of a chipper upper range that I couldn’t imagine hitting ever again. At the end of that first show and several thereafter, I felt like a scuba diver whose tanks had run out of air and who was just barely making it to the surface.

Yet every day, I was able to expand my lungs a little more. To breathe and laugh and have some semblance of normalcy for just four hours a day. The sense of routine that accompanied my return to my well-worn studio chair only served to emphasize the contrast between the relative steadiness of my work life and the absolute tumult of life at home, where it was obvious that nothing was ever going to be the same again.

This essay has been adapted from Mourning Has Broken by Erin Davis. ©2019. Published by HarperCollins Publishers Ltd. All rights reserved. 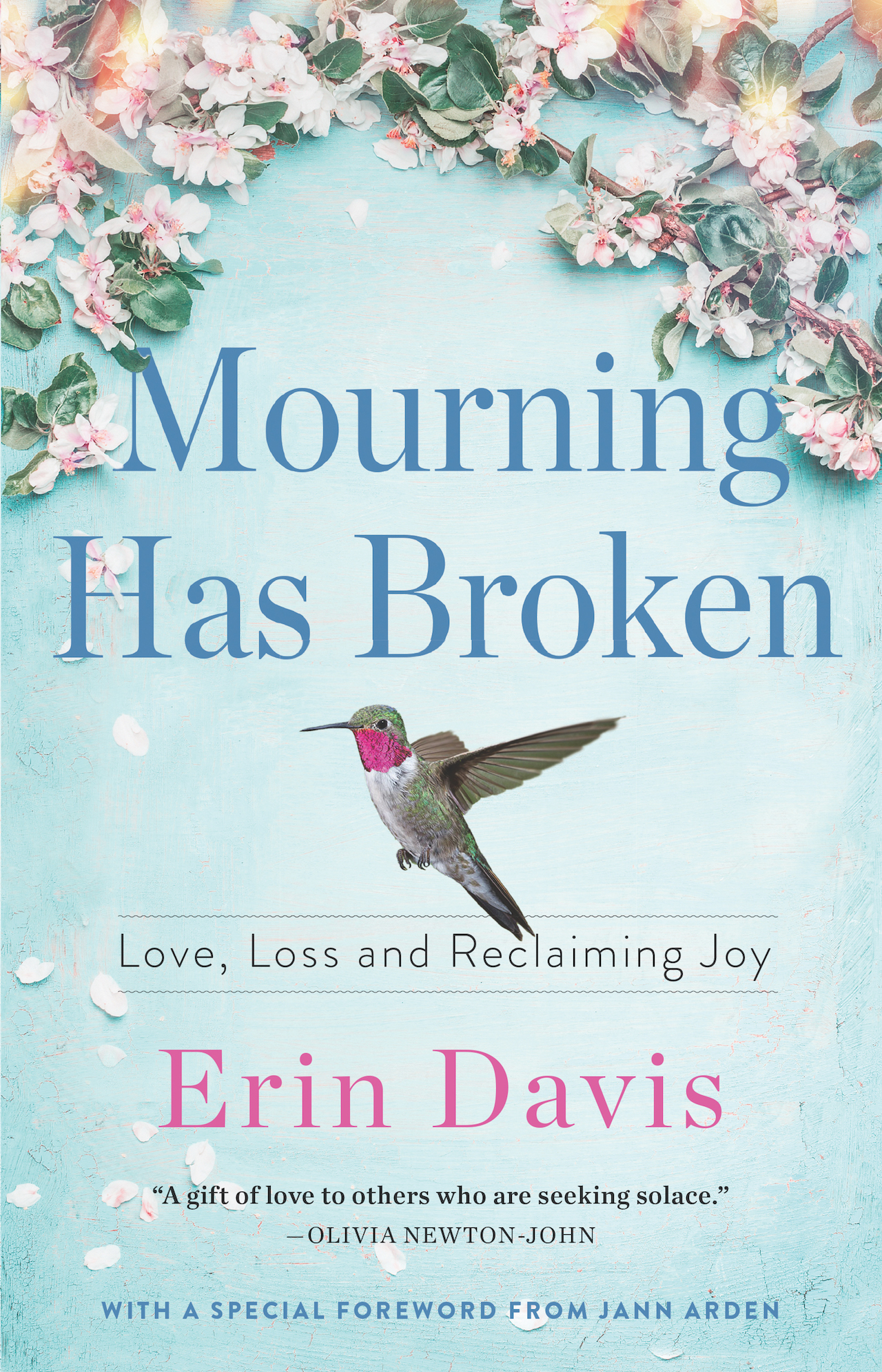