A woman haunted by two cold cases struggles to accept the mistakes of her past in The World Before Us by Aislinn Hunter. 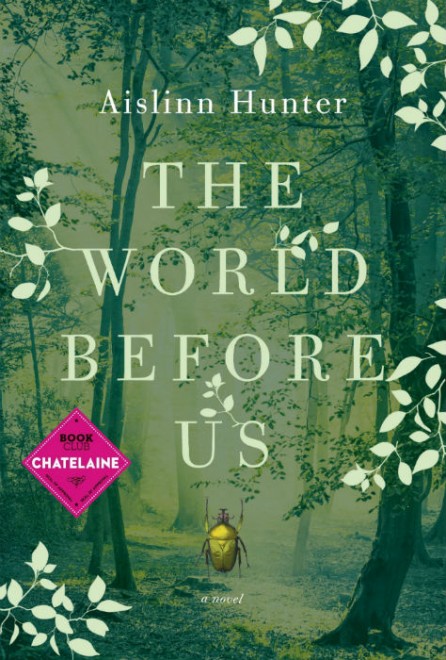 Aislinn Hunter’s latest book, The World Before Us, is a haunting tale of loss and reconciliation. “It’s a story about coming to terms with yourself — and your mistakes,” says Hunter.“And it’s about seeing other people and accepting them for who they are, as well as the desire we all have to be seen and recognized for ourselves.”

The novel journeys through time with three connected narratives set in Victorian and modern-day England. The main character, a melancholy young woman named Jane, works at a small London museum. Burying herself in old papers and ancient objects, Jane becomes obsessed with the story of a girl known only as “N” who vanished from an asylum 125 years earlier. The disappearance closely mirrors the story of a missing girl from Jane’s own past. When she was 15, Jane was babysitting a little girl named Lily who disappeared suddenly while they were out for a walk in the woods.

Jane’s haunted not only by the memory of that day, but also by a ghostlike chorus of characters — “the invisible ones,” Hunter calls them. They surround Jane, giving voice to her thoughts and revealing how she herself has become as lost and invisible as Lily and N, the girls she mourns and secretly searches for.

Why we love it: Jane is a captivating character around whom all else in the novel revolves. She epitomizes how carrying on with life in the face of terrible circumstances is one thing; forgiving yourself is another. Hunter brilliantly conveys how empty Jane’s life has become — she’s cut herself adrift emotionally from other people and defines herself almost entirely by her past mistakes, rather than by present possibilities. The novel’s three timelines are deftly woven together, illustrating the ways life takes on meaning even through objects and places. Hunter refers to history as “a shifting trickster” and uses that premise to hook readers, as they, like Jane, embark on a quest for meaning and truth in the face of tragedy.

The inspiration: Lily’s disappearance was the novel’s starting point. Hunter is fascinated by the idea of being adjacent to tragedy, while not actually being responsible for it — being “whirlpooled” into it. Hunter also admits she’s obsessed with the past. “The present can’t be extricated from it — we’re still in it all the time.” Invisible characters accompany Jane throughout the book: “I was trying to mix the physical with the idea of what it is to be haunted by the past, but also to show this idea that we’re not in it alone,” Hunter says. 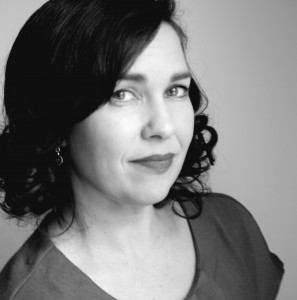 All about the author

Writing start: “I was 12. We had a typewriter. I sat down at it and very studiously pecked out a dramatic short story about two very close friends who get caught up in the Salem witch hunts. Fire, brimstone, more fire, etc.”

The birth of“the invisible ones: “I was 12 or 14, on a bus, and had this idea: ‘What if there were ghosts sitting there, and it was their job to look after me?’ I think I was probably a little bit lonely at that time in my life and I remember feeling immediately comforted by this idea.”

Showtime: Hunter’s 2002 novel Stay was turned into a movie starring Aidan Quinn and Taylor Schilling (Orange Is the New Black). “The most surprising thing about it was that dialogue I’d conjured was uttered on a movie screen and all these people were watching it. It’s like you think you’re whispering, and all of a sudden you realize there’s a megaphone in front of your face.”

Bonus: In this podcast, Aislinn Hunter talks about her fascinating discoveries in the research archives of Bethlam Royal Hospital.

The World Before Us, Aislinn Hunter, $30.